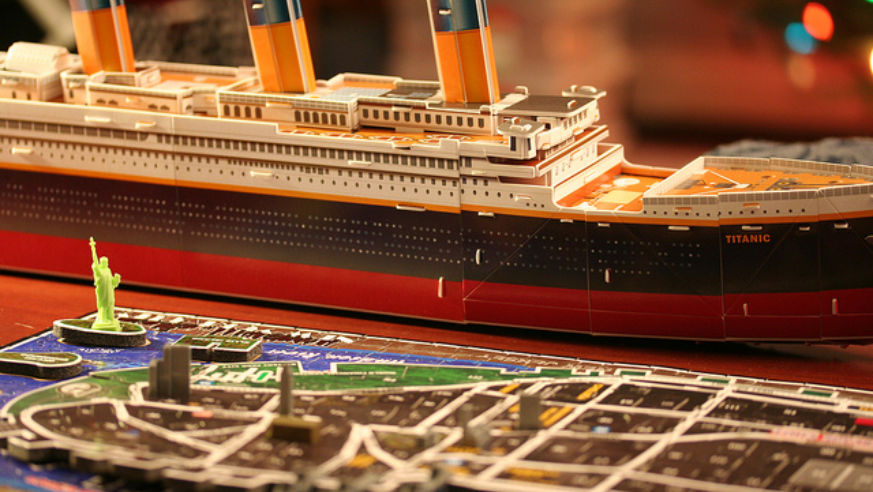 Would you cross the Atlantic onboard an exact replica of the Titanic?

Have you ever watched (the beginning of) the film Titanic and thought, such a great ship, such splendor, I wish I could have sailed on something like that? Well, thanks to Australian billionaire Clive Palmer, chairman of the Titanic II Blue Star Line, you may soon get your chance—he's working on an exact replica of the original Titanic, with its first voyage across the Atlantic (on, you guessed it, the original path) starting in 2016.

According to this video report by ABCNews.com, it's been Palmer's dream to build the second Titanic ship and recreate as much possible including the same details, amenities, and features as the first Titanic, a task which will cost him $500 million to complete. Palmer says the only real differences between his version and the original ship will be a special area at the ship's bow so couples can live out their Titanic film fantasies by recreating the iconic Jack and Rose "I'm flying" pose, and to accommodate modern safety updates—an extra deck to provide better visibility for the bridge, a few extra feet to adhere to international stability safety codes, and of course, plenty of lifeboats, you know, just in case.

When asked by the ABCNews.com reporter if he sees this whole endeavor as tempting fate, Palmer mentioned how one of the benefits of global warming has meant there are less icebergs to contend with. Whether or not you share his optimistic views on how the repeat voyage will be, Palmer says more than 45,000 people would be interested in sailing on Titanic II, most notably Helen Benziger, the great-grandaughter of the unsinkable Molly Brown, one of the Titanic's best known survivors. Unfortunately for budget travelers, tickets will be rather steep, with the best first class cabins rumored to be priced at $1 million, but we've got our fingers crossed for a good deal, even if it is technically in steerage.

We want to know: would you ever sail on Titanic II, even if it is supposed to be safer than the original? Tell us what you think and check the Titanic II website for updates on prices and schedules as things develop.