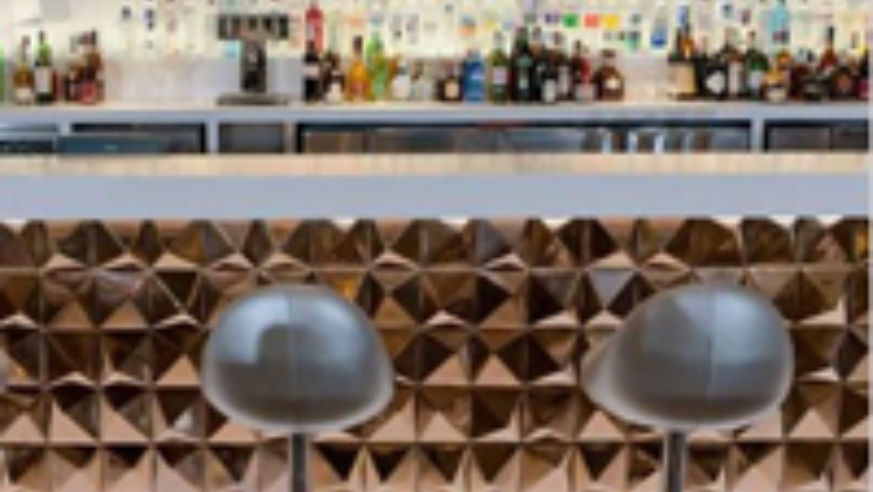 There's a certain kind of romance in a hotel bar—probably the same kind of romance you would have found in an airport barbefore air travel became the gauntlet of bad moods and awkward undressings that it generally feels like today. In their best form, hotel bars can create the illusion that all within are adventurers, nomads, and international men and women of mystery. But does it still have that same allure when you're behind the bar, mixing the drinks yourself? More and more hotels are betting on it, and introducing cocktail classes for guests as one of the latest trendy amenities.

Chicago's brand-new Radisson Blu Aqua Hotel is the newest arrival to get in on the act, offering a monthly mixology series called "Crafting the Classics" in its Filini restaurant. Classes take place every second Tuesday, starting with May 8 (the classic cocktail in question: a Bee's Knees), and you don’t even have to be a guest to attend. Class size is limited, though, so reserve your spot (for either a 5:45pm or a 6:30pm session) by emailing info@filinichicago.com. Free.

Hotel Sorrento in Seattle has been hosting regular small–group "drinking nights" (every second Wednesday of the month) in its Hunt Club restaurant and bar for a couple of years now. Their 1.5–hour sessions combine a history lesson and hands–on activities, and generally focus on a single spirit (in April, it's gin, and in May, it's absinthe). $50 for the lesson, drinks, and food.

Other hotels that have given the trend a try: San Franscisco's Hotel Adagio; The Tabard Inn in Washington, D.C.; London's Dorchester; Hotel Monaco in Seattle; the Fairmont Chicago; the Ritz-Carlton in New Orleans; and a slew of resorts in spa–centric Scottsdale, Ariz.

And even if your hotel doesn't advertise such a thing, it never hurts to ask: There may be a slow time of day when a one–off demonstration could be arranged.

Would you ever take a cocktail class at your hotel? Tell us in the comments!