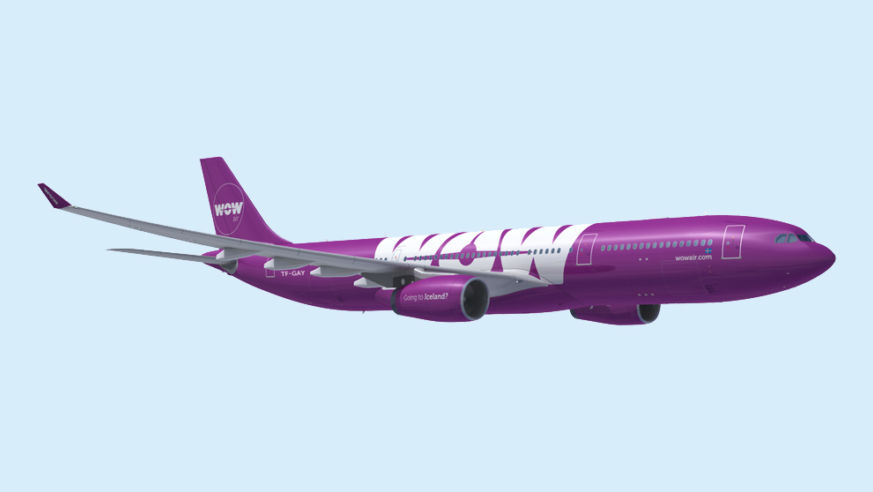 Iceland’s low-cost transatlantic airline, WOW Air, is taking LGBT support to new heights—literally. They just announced that they named their newest aircraft TF-GAY, and the Airbus 330-300 will service the route from Reykjavík (KEF) to San Francisco (SFO)—a city known for its involvement in pushing for equal LGBT rights in the United States—when flights begin on June 9.

“WOW air is an airline for the people, and one of our most important goals is to lower fares in order to enable everybody to travel the world and get to know different cultures,” WOW air founder and CEO Skúli Mogensen has said. “We wholeheartedly support queer people’s fight for rights. Just as we support equal rights for everybody, no matter their gender, religion, ethnicity, or culture. When we announced we were going to start flying to San Francisco, one of our pilots approached me and suggested the TF-GAY registry. I immediately thought it was a great idea and matched our approach of using words relating to family members in the spirit of inclusiveness.”

The non-traditional name isn’t anything new for the airline, as WOW Air has a thing for aircraft registrations. They view their fleet as their family, with TF-MOM, TF-DAD, TF-SIS, TF-BRO, TF-SON, and TF-KID rounding it out. “The name fits perfectly into this concept of ours to create a modern family out of our airplanes from the names we give them,” Mogensen has said. “WOW is basically MOM upside down, and everybody loves their mom! Since day one, we’ve emphasized joy and friendliness in our services because we want everybody to feel welcome in the WOW family. And we think TF-GAY fits right in with our modern family concept.”

The company will be launching a second California route this year, when flights to Los Angeles (LAX) begin on June 15. Both California flights from Reykjavík (KEF) are available for as little as $199 one way. That kind of affordability is one of the many reasons Iceland tops our Where to Go in 2016 list. Saving money on airfare and supporting LGBT rights? Now that’s a win-win.