Wikipedia
Burlingame () is a city in San Mateo County, California. It is located on the San Francisco Peninsula and has a significant shoreline on San Francisco Bay. The city is named after diplomat Anson Burlingame and is known for its numerous eucalyptus groves, high quality of life, walkable downtown area, and excellent public school system. In April 2021, the typical home value in Burlingame was $2.4 million. As of the 2020 U.S. Census, Burlingame had a population of 31,799. 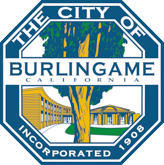 Find more things to do, itinerary ideas, updated news and events, and plan your perfect trip to Burlingame
ADVERTISEMENT

Half Moon Bay is a coastal city in San Mateo County, California, United States, approximately 25 miles (40 km) south of San Francisco. Its population was 11,324 as of the 2010 census. Immediately at the north of Half Moon Bay is Pillar Point Harbor and the unincorporated community of Princeton-by-the-Sea. The urban area had a population of 20,713 at the same census. Half Moon Bay is known for Mavericks, a big-wave surf location. It is called Half Moon Bay because of its crescent shape.

Palo Alto (; Spanish for "tall stick") is a charter city located in the northwestern corner of Santa Clara County, California, United States, in the San Francisco Bay Area. The city is named after a coastal redwood tree known as El Palo Alto. The city was established by Leland Stanford Sr. when he founded Stanford University, following the death of his son, Leland Stanford Jr. Palo Alto includes portions of Stanford University and shares its borders with East Palo Alto, Mountain View, Los Altos, Los Altos Hills, Stanford, Portola Valley, and Menlo Park. As of the 2010 census, the city's total resident population is 64,403. Palo Alto is one of the most expensive cities in the United States in which to live and its residents are among the most educated in the country. As one of the principal cities of Silicon Valley, Palo Alto is headquarters to a number of high-technology companies, including Hewlett-Packard (HP), Space Systems/Loral, VMware, Tesla, Ford Research and Innovation Center, PARC, IDEO, Skype, Houzz, and Lockheed Martin Advanced Technology Center. Palo Alto has also served as an incubator and was headquarters to several other prominent high-technology companies including Apple, Google, Facebook, Logitech, Intuit, Pinterest, and PayPal.

Oakland is the largest city and the county seat of Alameda County, California. A major West Coast port city, Oakland is the largest city in the East Bay region of the San Francisco Bay Area, the third largest city overall in the San Francisco Bay Area, the eighth most populated city in California, and the 45th most populated city in the United States. With a population of 440,646 as of 2020, it serves as a trade center for the San Francisco Bay Area; the Port of Oakland is the busiest port in the San Francisco Bay, the entirety of Northern California, and the fifth busiest in the United States of America. An act to incorporate the city was passed on May 4, 1852, and incorporation was later approved on March 25, 1854. Oakland is a charter city.Oakland's territory covers what was once a mosaic of California coastal terrace prairie, oak woodland, and north coastal scrub. Its land served as a resource when its hillside oak and redwood timber were logged to build San Francisco. The fertile flatland soils helped it become a prolific agricultural region. In the late 1860s, Oakland was selected as the western terminal of the Transcontinental Railroad. Following the 1906 San Francisco earthquake, many San Francisco citizens moved to Oakland, enlarging the population, increasing its housing stock, and improving its infrastructure. It continued to grow in the 20th century with its busy port, shipyards, and a thriving automobile manufacturing industry.

Walking in Sonoma and Napa Valley