Wikipedia
Lodi ( LOH-dye) is a city located in San Joaquin County, California, in the center portion of California's Central Valley. The population was 62,134 at the 2010 census. The estimated population is approximately 67,586 according to 2019 census data. Lodi is the 132nd largest city in California based on official 2019 estimates from the US Census Bureau.Lodi is best known for wine grape production although its vintages have traditionally been less prestigious than those of Sonoma and Napa counties. However, in recent years, the Lodi Appellation has become increasingly respected for its Zinfandel and other eclectic wine varietals, along with its focus on sustainability under the Lodi Rules program. National recognition came from the Creedence Clearwater Revival song "Lodi" and continued with the "2015 Wine Region of the Year" award given to Lodi by Wine Enthusiast Magazine.
Find more things to do, itinerary ideas, updated news and events, and plan your perfect trip to Lodi
ADVERTISEMENT
Omaze 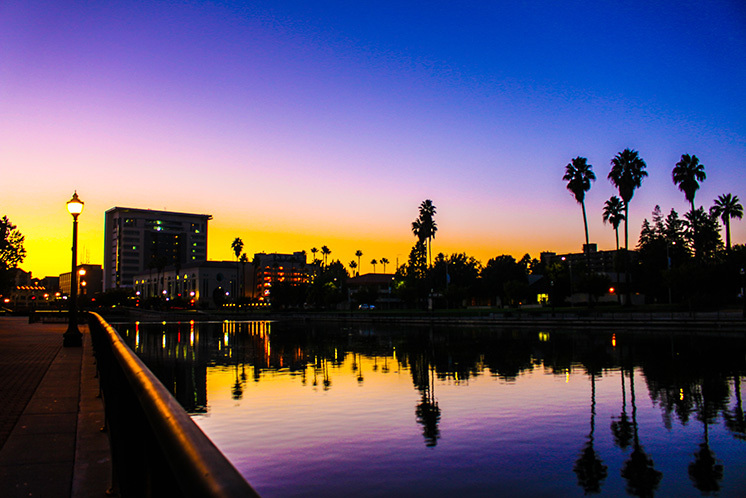 Stockton is a city and the county seat of San Joaquin County in the Central Valley of the U.S. state of California. Stockton was founded by Carlos Maria Weber in 1849 after he acquired Rancho Campo de los Franceses. The city is named after Robert F. Stockton, and it was the first community in California to have a name not of Spanish or Native American origin. The city is located on the San Joaquin River in the northern San Joaquin Valley and had an estimated population of 312,697 by the California Department of Finance for 2019. Stockton is the 13th largest city in California and the 62nd largest city in the United States. It was named an All-America City in 1999, 2004, 2015 and again in 2017. Built during the California Gold Rush, Stockton's seaport serves as a gateway to the Central Valley and beyond. It provided easy access for trade and transportation to the southern gold mines. The University of the Pacific (UOP), chartered in 1851, is the oldest university in California, and has been located in Stockton since 1923. In 2012 Stockton filed for what was then the largest municipal bankruptcy in US history, which had multiple causes including financial mismanagement in the 1990s, generous fringe benefits to unionized city employees, and the 2008 financial crisis. Stockton successfully exited bankruptcy in February 2015. 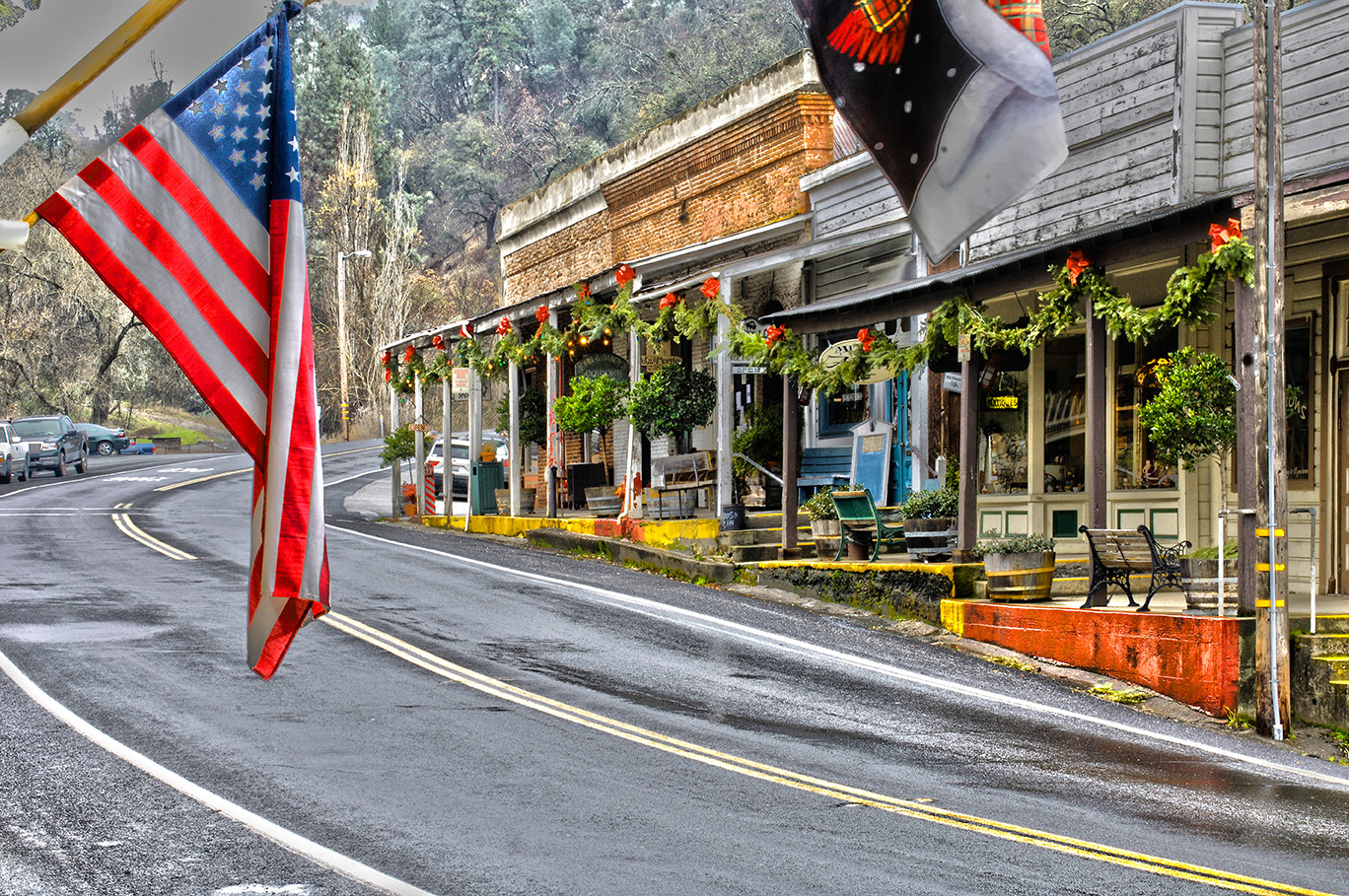 Amador County, is a county in the U.S. state of California, in the Sierra Nevada. As of the 2010 census, the population was 38,091. The county seat is Jackson. Amador County, located within California's Gold Country, is known as "The Heart of the Mother Lode". There is a substantial viticultural industry in the county. 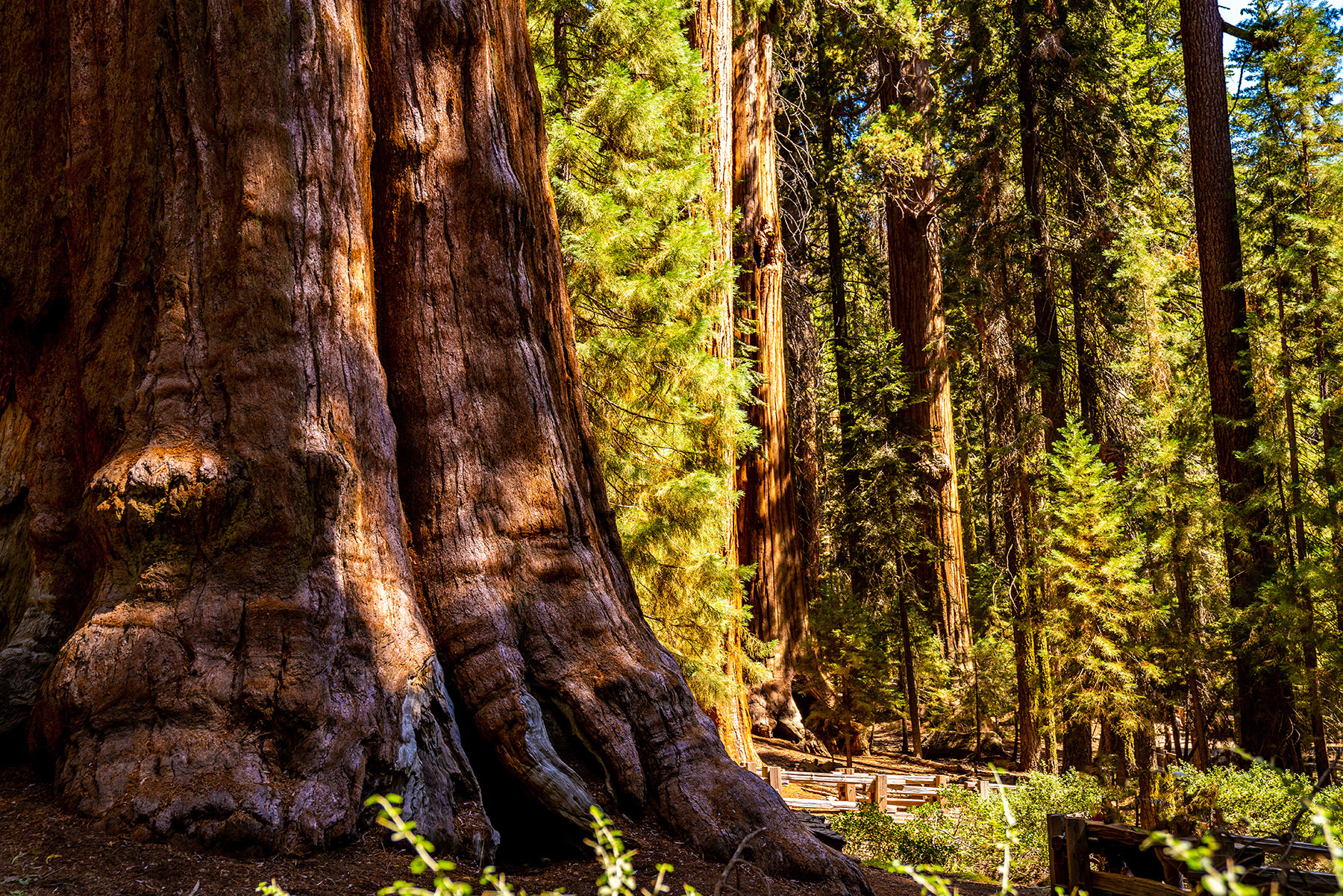 Calaveras County, officially the County of Calaveras, is a county in the northern part of the U.S. state of California. As of the 2010 census, the population was 40,171. The county seat is San Andreas. Angels Camp is the county's only incorporated city. Calaveras is Spanish for "skulls"; the county was reportedly named for the remains of Native Americans discovered by the Spanish explorer Captain Gabriel Moraga. Calaveras County is in both the Gold Country and High Sierra regions. Calaveras Big Trees State Park, a preserve of giant sequoia trees, is in the county several miles east of the town of Arnold on State Highway 4. Credit for the discovery of giant sequoias there is given to Augustus T. Dowd, a trapper who made the discovery in 1852 while tracking a bear. When the bark from the "Discovery Tree" was removed and taken on tour around the world, the trees became a worldwide sensation and one of the county's first tourist attractions. The uncommon gold telluride mineral calaverite was discovered in the county in 1861 and is named for it. Mark Twain set his story "The Celebrated Jumping Frog of Calaveras County" in the county. The county hosts an annual fair and Jumping Frog Jubilee, featuring a frog-jumping contest, to celebrate the association with Twain's story. Each year's winner is commemorated with a brass plaque mounted in the sidewalk of downtown Historic Angels Camp and this feature is known as the Frog Hop of Fame. In 2015, Calaveras County had the highest rate of suicide deaths in the United States, with 49.1 per 100,000 people. 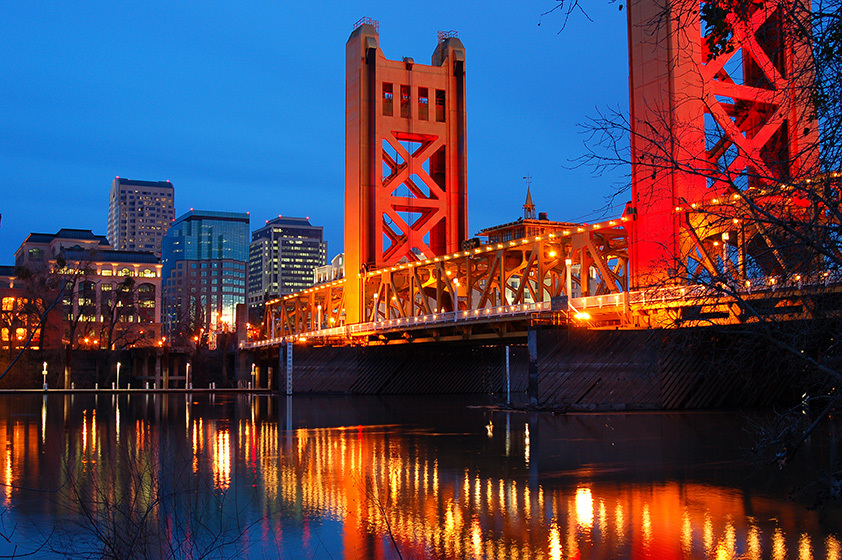 Sacramento ( SAK-rə-MEN-toh; Spanish: [sakɾaˈmento], Spanish for ''sacrament'') is the capital city of the U.S. state of California and the seat and largest city of Sacramento County. Located at the confluence of the Sacramento and American Rivers in Northern California's Sacramento Valley, Sacramento's 2020 population of 524,943 makes it the sixth-largest city in California and the ninth-largest capital in the United States. Sacramento is the seat of the California Legislature and the Governor of California, making it the state's political center and a hub for lobbying and think tanks. It features the California State Capitol Museum. Sacramento is also the cultural and economic core of the Sacramento metropolitan area, which at the 2020 census had a population of 2,397,382, the fifth-largest in California.Before the arrival of the Spanish, the area was inhabited by the historic Nisenan, Maidu, and other indigenous peoples of California. Spanish cavalryman Gabriel Moraga surveyed and named the Río del Santísimo Sacramento (Sacramento River) in 1808, after the Blessed Sacrament, referring to the Eucharist in the Catholic Church. In 1839, Juan Bautista Alvarado, Mexican governor of Alta California, granted the responsibility of colonizing the Sacramento Valley to Swiss-born Mexican citizen John Augustus Sutter, who subsequently established Sutter's Fort and the settlement at the Rancho Nueva Helvetia. Following the American Conquest of California and the 1848 Treaty of Guadalupe-Hidalgo, the waterfront developed by Sutter began to be developed, and incorporated in 1850 as the City of Sacramento. Sacramento is the fastest-growing major city in California, owing to its status as a notable financial center on the West Coast and as a major educational hub, home of California State University, Sacramento and University of California, Davis. Similarly, Sacramento is a major center for the California healthcare industry, as the seat of Sutter Health, the world-renowned UC Davis Medical Center, and the UC Davis School of Medicine. It is a tourist destination, featuring the California Museum, Crocker Art Museum, California State Railroad Museum, California Hall of Fame, and Old Sacramento State Historic Park. Sacramento International Airport, located northwest of the city, is the city's major airport. Sacramento is known for its evolving contemporary culture, and is dubbed the most "hipster city" in California. In 2002, the Harvard University Civil Rights Project conducted for Time magazine ranked Sacramento as "America's Most Diverse City".