Wikipedia
Ridgecrest is a city in Kern County, California, United States, along U.S. Route 395 in the Indian Wells Valley in northeastern Kern County, adjacent to the Naval Air Weapons Station China Lake (NAWS, or China Lake). It was incorporated as a city in 1963. The population was 27,616 at the 2010 census, up from 24,927 at the 2000 census. Ridgecrest is surrounded by four mountain ranges; the Sierra Nevada on the west, the Cosos on the north, the Argus Range on the east, and the El Paso Mountains on the south. It is approximately 82 miles (132 km) from the Lancaster/Palmdale area, 110 miles (177 km) from Bakersfield, and 120 miles (193 km) from San Bernardino, the three nearest major urban centers. Private air travel in and out of the city is provided through the Inyokern Airport. There are currently no scheduled commercial flights. The city has been near the epicenter of major earthquakes, including one in 1995 and a series of quakes in July 2019.

Find more things to do, itinerary ideas, updated news and events, and plan your perfect trip to Ridgecrest
ADVERTISEMENT 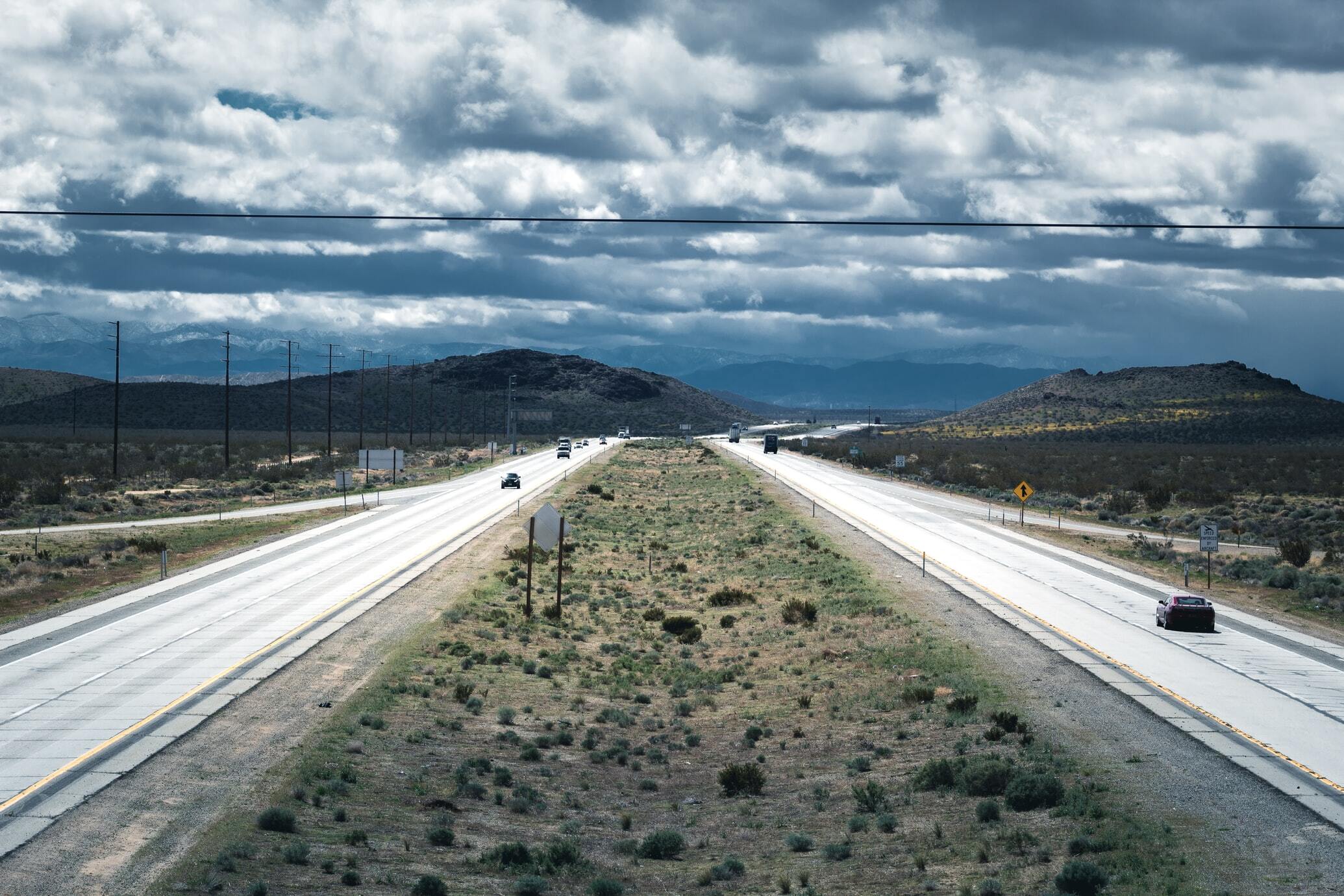 Kern County is located in the U.S. state of California. As of the 2010 census, the population was 839,631. Its county seat is Bakersfield.Kern County comprises the Bakersfield, California, Metropolitan statistical area. The county spans the southern end of the Central Valley. Covering 8,161.42 square miles (21,138.0 km2), it ranges west to the southern slope of the Coast Ranges, and east beyond the southern slope of the eastern Sierra Nevada into the Mojave Desert, at the city of Ridgecrest. Its northernmost city is Delano, and its southern reach extends just beyond Lebec to Grapevine, and the northern extremity of the parallel Antelope Valley. The county's economy is heavily linked to agriculture and to petroleum extraction. There is also a strong aviation, space, and military presence, such as Edwards Air Force Base, the China Lake Naval Air Weapons Station, and the Mojave Air and Space Port. The county is one of the fastest-growing areas in the United States in terms of population, but suffers from significant water supply issues and poor air quality. 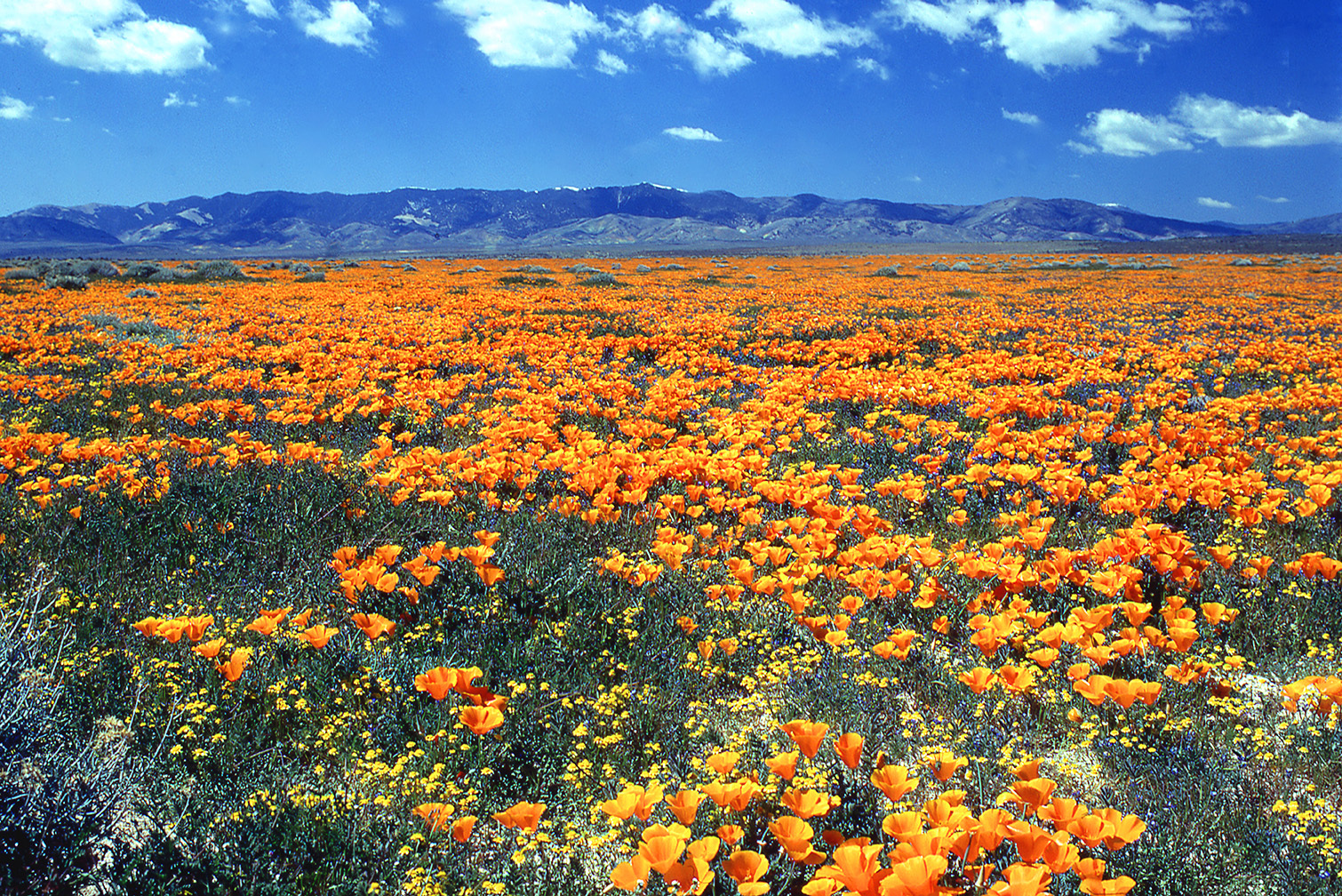 Lancaster is a charter city in northern Los Angeles County, in the Antelope Valley of the western Mojave Desert in Southern California. As of the 2010 census it had a population of 156,633, and in 2019 the population was estimated at 157,601, making Lancaster the 33rd largest city in California. Lancaster is part of a twin city complex with its southern neighbor Palmdale, and together they are the principal cities within the Antelope Valley region.Lancaster is located approximately 70 miles (110 km) north (via I-5 and SR 14) of downtown Los Angeles, and is near the Kern County line. It is separated from the Los Angeles Basin by the San Gabriel Mountains to the south, and from Bakersfield and the San Joaquin Valley by the Tehachapi Mountains to the north. The population of Lancaster has grown from 37,000 at the time of its incorporation in 1977 to over 157,000 as of 2019. 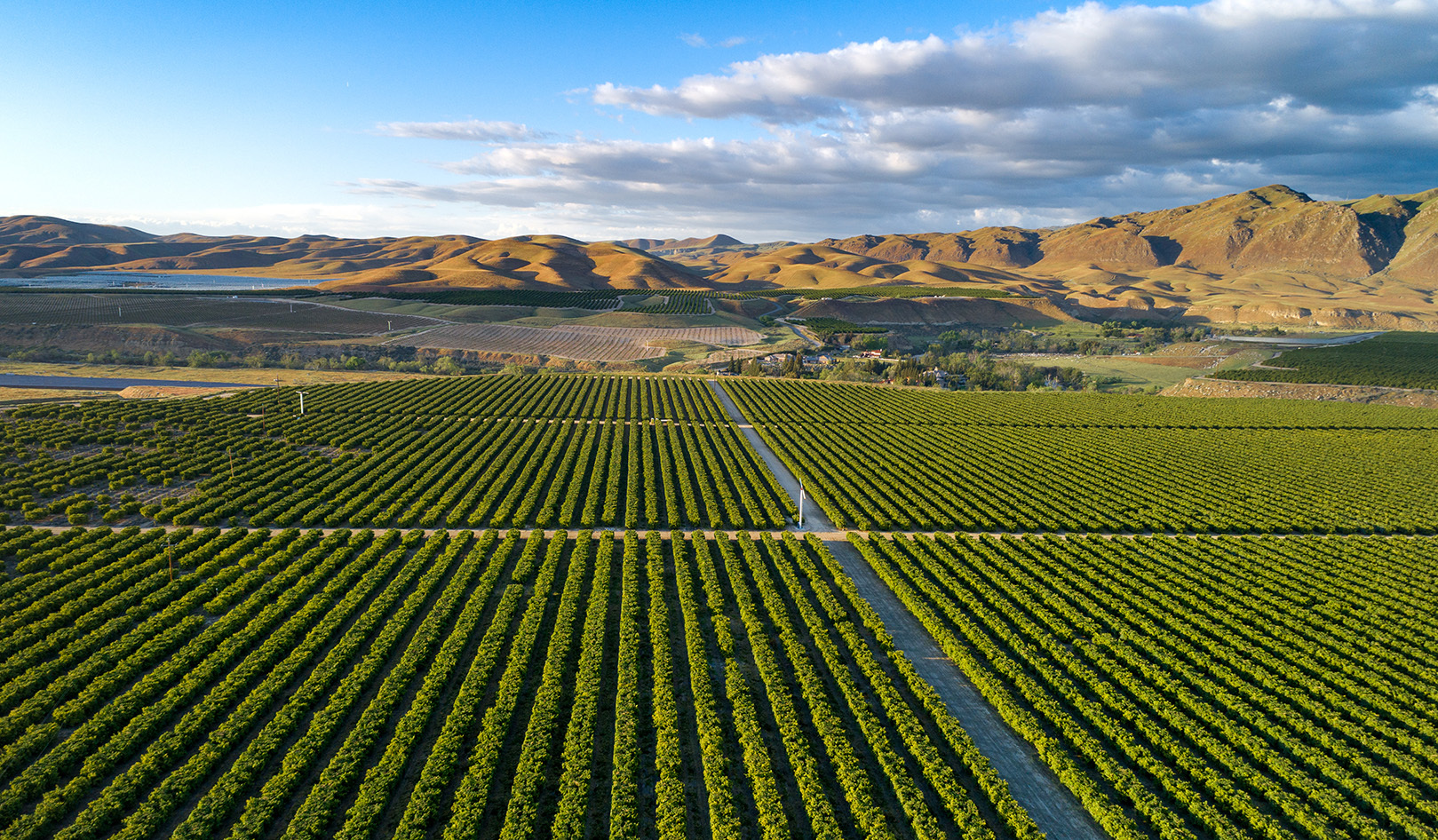 Bakersfield is a city in Kern County, California, United States. It is the county seat and largest city of Kern County. The city covers about 151 sq mi (390 km2) near the southern end of the San Joaquin Valley and the Central Valley region. Bakersfield's population as of the 2020 census was 403,455, making it the 48th-most populous city in the United States of America and the 9th-most populous city in California. The Bakersfield–Delano Metropolitan Statistical Area, which includes all of Kern County, had a 2020 census population of 909,235, making it the 62nd-largest metropolitan area in the United States. The more built-up portion of the metro area that includes Bakersfield and areas immediately around the city, such as East Bakersfield, Oildale, and Rosedale, has a population of 523,994. Bakersfield is a significant hub for both agriculture and energy production. Kern County is the most productive oil-producing county in California and the fourth-most productive agricultural county (by value) in the United States. Industries in and around Bakersfield include natural gas and other energy extraction, mining, petroleum refining, distribution, food processing, and corporate regional offices. The city is also the birthplace of the country music genre known as the Bakersfield sound. 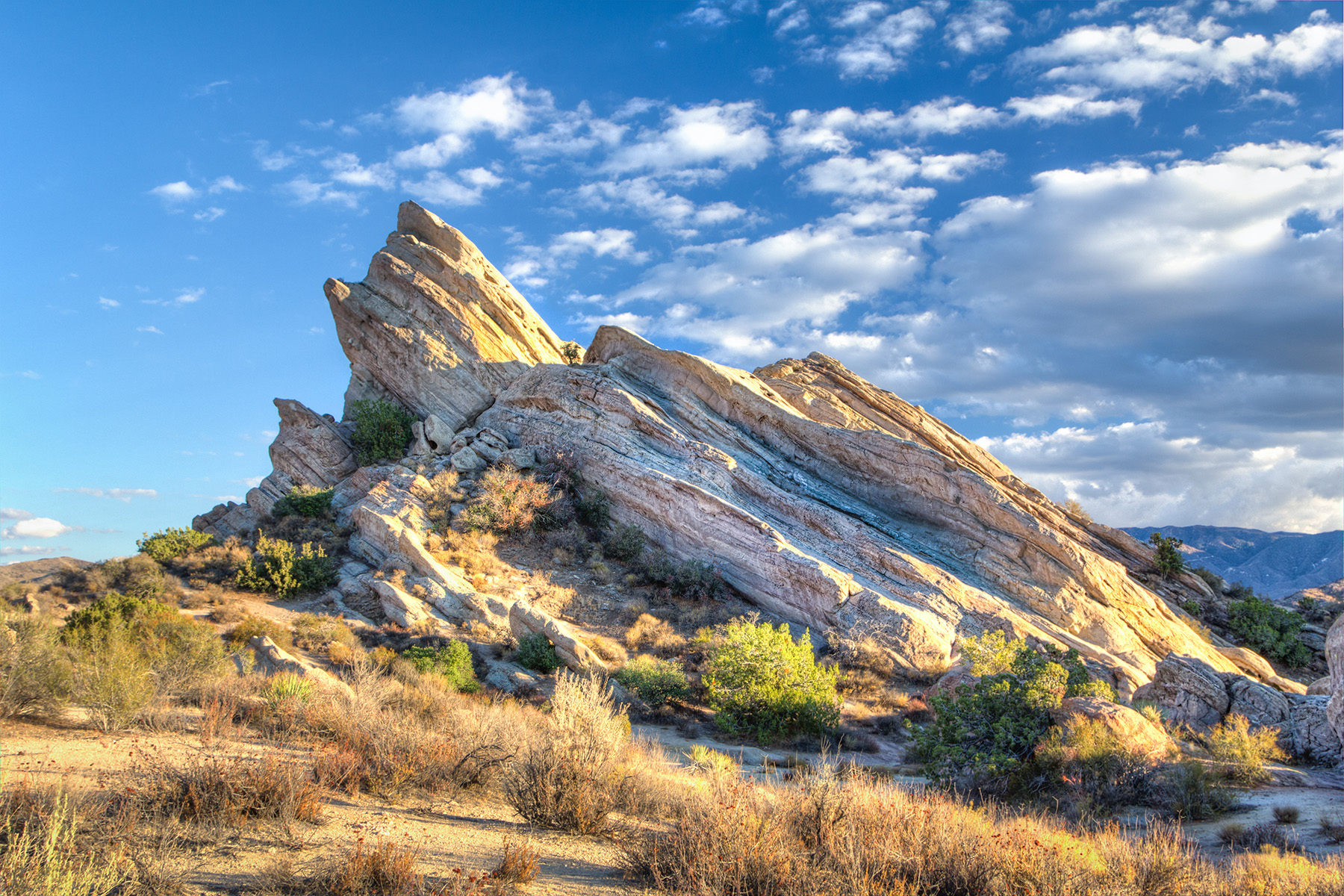 Santa Clarita () is a city in northwestern Los Angeles County, California. With a 2020 census population of 228,673, it is the third-largest city by population in Los Angeles County, and the 17th-largest in the state of California. It is located about 30 miles (48 km) northwest of downtown Los Angeles, and occupies 70.75 square miles (183.2 km2) of land in the Santa Clarita Valley, along the Santa Clara River. It is a notable example of a U.S. edge city, satellite city, or boomburb.Human settlement of the Santa Clarita Valley dates back to the arrival of the Chumash people, who were displaced by the Tataviam circa 450 AD. After Spanish colonists arrived in Alta California, the Rancho San Francisco was established, covering much of the Santa Clarita Valley. Henry Mayo Newhall purchased the Rancho San Francisco in 1875 and established the towns of Saugus and Newhall. The Newhall Land and Farming Company played a major role in the city's development. In December 1987, the city of Santa Clarita was incorporated, encompassing the communities of Canyon Country, Newhall, Saugus, and Valencia. The four communities retain separate identities, and residents commonly refer to one of them when asked where they are from. Santa Clarita is bounded on the west by the Golden State Freeway (I-5). The Antelope Valley Freeway (CA-14) runs northeast–southwest forming part of the city's irregular east boundary. The two freeways meet at Newhall Pass, near the city's southernmost point. Santa Clarita is home to three institutions of higher education: California Institute of the Arts, an internationally renowned art university; The Master's University, a Christian liberal arts university; and College of the Canyons, a community college. Companies headquartered in or near the city include Princess Cruises, Sunkist, Remo, and the Newhall Land and Farming Company. Santa Clarita has a low crime rate and high-ranking schools, and is one of the state's fastest-growing cities. Six Flags Magic Mountain amusement park and Stevenson Ranch are both commonly associated with Santa Clarita. However, they are both located west of Interstate 5 and are thus outside the Santa Clarita city limits.