Yosemite National Park is an American national park in California, surrounded on the southeast by Sierra National Forest and on the northwest by Stanislaus National Forest. The park is managed by the National Park Service and covers an area of 759,620 acres (1,187 sq mi) and sits in four counties – centered in Tuolumne and Mariposa, extending north and east to Mono and south to Madera County.

Need ideas for a trip to Yosemite? Check out this people and planet-friendly adventure from Intrepid Travel:

Hiking in Yosemite and King's Canyon

The geology of the Yosemite area is characterized by granite rocks and remnants of older rock. About 10 million years ago, the Sierra Nevada was uplifted and then tilted to form its relatively gentle western slopes and the more dramatic eastern slopes. The uplift increased the steepness of stream and river beds, resulting in the formation of deep, narrow canyons. About one million years ago, snow and ice accumulated, forming glaciers at the higher alpine meadows that moved down the river valleys. Ice thickness in Yosemite Valley may have reached 4,000 feet during the early glacial episode. The downslope movement of the ice masses cut and sculpted the U-shaped valley that attracts so many visitors to its scenic vistas today.

Yosemite was central to the development of the national park idea. Galen Clark and others lobbied to protect Yosemite Valley from development, ultimately leading to President Abraham Lincoln's signing of the Yosemite Grant in 1864. Yosemite now draws about four million visitors each year, and most visitors spend the majority of their time in the seven square miles of Yosemite Valley.

The park began requiring reservations to access the park during peak periods starting in 2020 as a response to the rise in visitors. 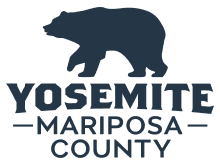 Find more things to do, itinerary ideas, updated news and events, and plan your perfect trip to Yosemite Mariposa
ADVERTISEMENT

Tuolumne County (), officially the County of Tuolumne, is a county in the U.S. state of California. As of the 2010 census, the population was 54,539. The county seat and only incorporated city is Sonora.Tuolumne County comprises the Sonora, CA Micropolitan Statistical Area. The county is in the Sierra Nevada region. The northern half of Yosemite National Park is located in the eastern part of the county.

Mammoth Lakes is a town in Mono County, California, the county's only incorporated community. It is located immediately to the east of Mammoth Mountain, at an elevation of 7,880 feet (2,400 m). As of the 2010 United States Census, the population was 8,234, reflecting a 16% increase from the 2000 Census.

The Central Coast is an area of California, roughly spanning the coastal region between Point Mugu and Monterey Bay. It lies northwest of Los Angeles County and south of San Mateo and Santa Clara counties, and includes the rugged, undeveloped stretch of coastline known as Big Sur. From south to north, there are six counties that make up the Central Coast: Ventura, Santa Barbara, San Luis Obispo, Monterey, San Benito, and Santa Cruz.The Central Coast is the location of the Central Coast American Viticultural Area. Geographically, the actual midpoint of the California coast lies north of Santa Cruz, near Año Nuevo State Park in San Mateo County. Neither the popular use of the term Central Coast nor that of the California North Coast include the San Francisco Peninsula counties of San Mateo and San Francisco.

Murphys, originally Murphys New Diggings then Murphy's Camp, is an unincorporated village located in the foothills of the Sierra Nevada mountains in Calaveras County, California, United States. The population was 2,213 at the 2010 census, up from 2,061 at the 2000 census. A former gold mining settlement, the main street today is lined with over two dozen wine tasting rooms and surrounded by local vineyards. Nearby attractions include Calaveras Big Trees State Park, Bear Valley Ski Resort and historic Mercer Caverns. The world's largest crystalline gold leaf is displayed just south of town at Ironstone Vineyards. The town also hosts an annual Irish Days parade and street fair every March on Main Street, with some years seeing over 35,000 people in attendance.

Walking in Sonoma and Napa Valley