Wikipedia
Waycross is the county seat of, and only incorporated city in, Ware County in the U.S. state of Georgia. The population was 14,725 at the 2010 Census. Waycross includes two historic districts (Downtown Waycross Historic District and Waycross Historic District) and several other properties that are on the National Register of Historic Places, including the U.S. Post Office and Courthouse, Lott Cemetery, the First African Baptist Church and Parsonage, and the Obediah Barber Homestead (which is seven miles south of the city).
Find more things to do, itinerary ideas, updated news and events, and plan your perfect trip to Waycross
ADVERTISEMENT
Omaze

Kingsland is a city in Camden County, Georgia, United States. The population was 15,946 at the 2010 census.The Kingsland Commercial Historic District was added to the National Register of Historic Places on March 17, 1994. It includes the area surrounding South Lee Street between King Street and William Street. Kingsland hosts an annual Catfish Festival on Labor Day weekend. Kingsland is also home to Neutral Zone Studios, where Star Trek fans can come and make Star Trek fan films, the most notable being Star Trek Continues. 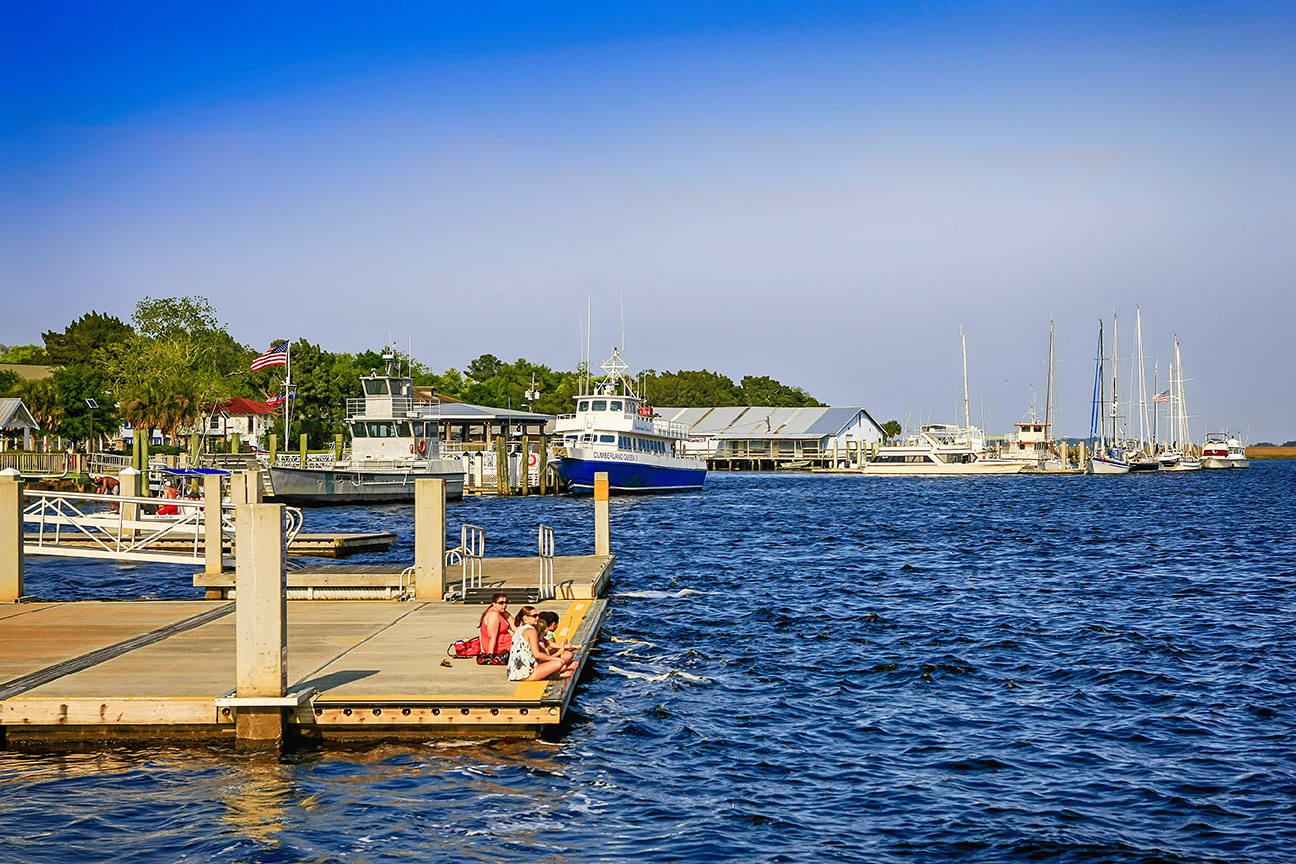 St. Marys is a city in Camden County, Georgia, United States — located on the southern border of Camden County on the St. Marys River, with the Florida border just to the south across the river; Cumberland Island National Seashore to the northeast; Kingsland, Georgia to the west; Jacksonville, Florida 38 miles to the south and Savannah, Georgia 110 miles to the north. The city is home to The National Seashore's visitor center and boat access; the annual St. Marys Rock Shrimp Festival; the St. Marys Submarine Museum, and Crooked River State Park. It is bordered by Kings Bay Naval Submarine Base, home port for several Ohio-class submarines. First explored in the mid 16th century as part of the settlement of Spanish Florida, by the 2010 census, the city had a population of 17,121. 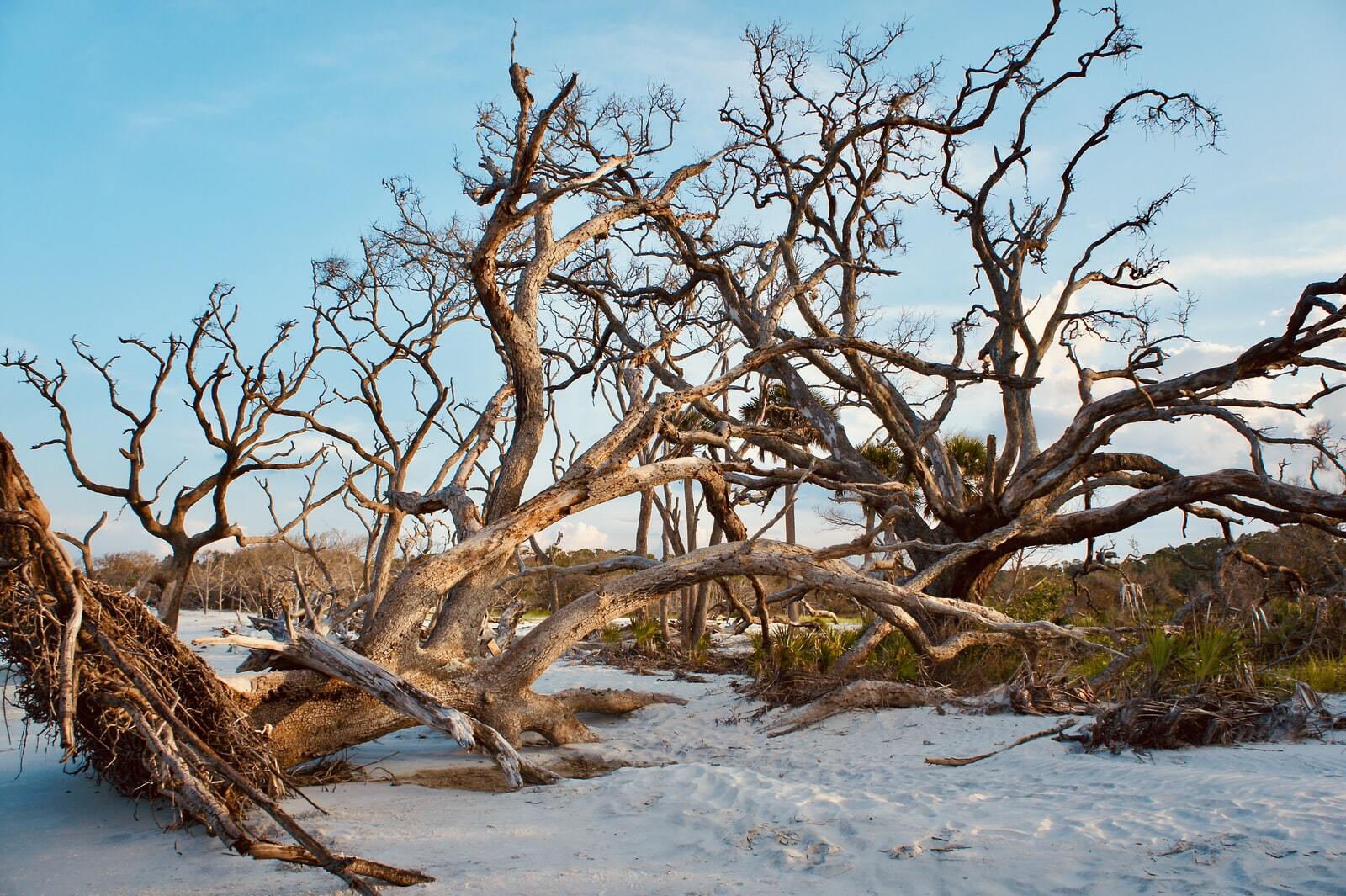 Jekyll Island is located off the coast of the U.S. state of Georgia, in Glynn County. It is one of the Sea Islands and one of the Golden Isles of Georgia barrier islands. The island is owned by the State of Georgia and run by a self-sustaining, self-governing body.It was long used seasonally by indigenous peoples of the region. The Guale and the Mocama, the indigenous peoples of the area when Europeans first reached the area, were killed or forced to leave by the English of the Province of Carolina and their native allies, and by raids by French pirates. Plantations were developed on the island during the British colonial period. A few structures still standing are made of tabby, a coastal building material of crushed oyster shells. The island was developed in the late 19th and early 20th centuries. It was evacuated during World War II by order of the US government. In 1947 the state of Georgia acquired all the property, for security and preservation. A popular tourist destination, the island has beaches frequented by vacationers. Guided tours of the Landmark Historic District are available. Bike trails, walks along the beaches and sandbars, and Summer Waves, a water park, are among the active attractions. The historic district features numerous impressive and ambitious buildings from the late nineteenth and early twentieth centuries. The island is also full of wildlife, consisting of many different mammals, reptiles, and birds living and breeding in the island's inland salt marshes. In 2018, Architectural Digest named Jekyll Island one of the 50 most beautiful small towns in America.The island was listed as a census-designated place prior to the 2020 census. 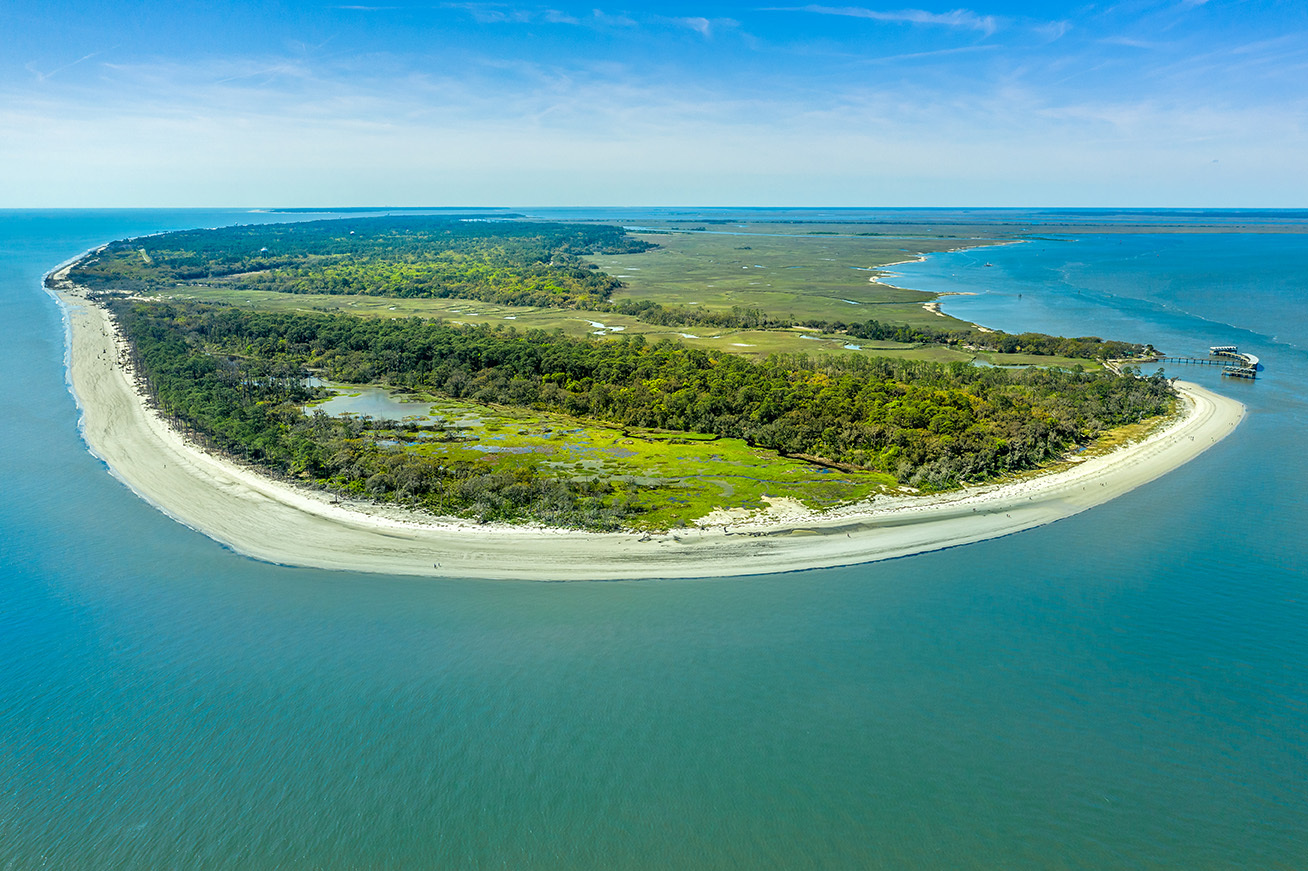 The Golden Isles of Georgia are a group of four barrier islands and the mainland port city of Brunswick on the 100-mile-long coast of the U.S. state of Georgia on the Atlantic Ocean. They include St. Simons Island, Sea Island, Jekyll Island, Little St. Simons Island, and Historic Brunswick. Mild winters, together with natural beaches, vast stretches of marshland, maritime forests, historical sites, and abundant wildlife on both land and sea have made the Golden Isles a travel destination for families, nature-lovers, fishing and water sports enthusiasts, golfers, and history buffs. All the islands are located within Glynn County and make up the lower middle section of Georgia's eleven barrier islands. Annual mild temperatures average 68 °F, with July highs of 90 °F. St. Simons is the largest of the four, with a permanent population of 12,743 residents as of the 2010 census. Curled around its north end and accessible only by boat is Little St. Simons Island—privately owned and maintained in its natural state with a small capacity guest lodge and cottages. Jekyll Island is owned by the state of Georgia and operated as a state park, with limited residential areas. Sea Island is owned by Sea Island Acquisitions, LLC, and is home to the world-famous Cloister resort and residential homes valued in the millions of dollars.The City of Brunswick traces its history back to early Colonial times, and the founding of the Georgia colony by General James Oglethorpe. From its earliest days, the port of Brunswick was important to the growth and economy of the new nation. In 1789, George Washington named Brunswick one of the five original ports of entry for the thirteen colonies. During World War II, Brunswick hosted an important construction site for Liberty ships, and Naval Air Station Glynco, a major operational base for blimps. Tourism is the most important economic driver in the Golden Isles, with an estimated 2.4 million visitors in 2014. Other key components of the local economy include the Port of Brunswick, Federal Law Enforcement Training Center, aviation support services, and manufacturing. Travelers to the area arrive primarily via Brunswick Golden Isles Airport and Interstate 95. McKinnon St. Simons Island Airport serves general aviation.