Wikipedia
Switzerland County is a county in the southeast corner of the U.S. state of Indiana. As of the 2010 United States Census, the population was 10,613. The county seat is Vevay, one of two incorporated towns in the county. 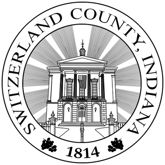 Find more things to do, itinerary ideas, updated news and events, and plan your perfect trip to Switzerland County
ADVERTISEMENT

Carrollton is a home rule-class city in—and the county seat of—Carroll County, Kentucky, United States, at the confluence of the Ohio and Kentucky rivers. The population was 3,938 at the 2010 census.

Madison is a city in and the county seat of Jefferson County, Indiana, United States, along the Ohio River. As of the 2010 United States Census its population was 11,967. Over 55,000 people live within 15 miles (24 km) of downtown Madison. Madison is the largest city along the Ohio River between Louisville and Cincinnati. Madison is one of the core cities of the Louisville-Elizabethtown-Madison metroplex, an area with a population of approximately 1.5 million. In 2006, the majority of Madison's downtown area was designated the largest contiguous National Historic Landmark in the United States—133 blocks of the downtown area is known as the Madison Historic Landmark District.

Ripley County is a county located at the southeastern corner of the U.S. state of Indiana. According to the 2010 Census, the population was 28,818. The county seat is Versailles.