Wikipedia
Decorah is a city in and the county seat of Winneshiek County, Iowa, United States. The population was 7,587 at the time of the 2020 census. Decorah is located at the intersection of State Highway 9 and U.S. Route 52, and is the largest community in Winneshiek County. 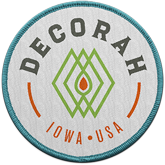 Find more things to do, itinerary ideas, updated news and events, and plan your perfect trip to Decorah
ADVERTISEMENT

Allamakee County () is the northeasternmost county in the U.S. state of Iowa. As of the 2020 census, the population was 14,061. Its county seat is Waukon.

Harmony is a city in Fillmore County, Minnesota, United States. The population was 1,020 at the 2010 census. The town bills itself as the "Biggest Little Town in Southern Minnesota" and features the largest Amish community in the state.

Caledonia is a city in Houston County, Minnesota, United States and is part of the La Crosse, Wisconsin Metropolitan Statistical Area. The population was 2,868 at the 2010 census. It is the county seat of Houston County.

Lanesboro is a city in Fillmore County, Minnesota, United States. The population was 754 at the 2010 census. It was named after F. A. Lane, an early landowner. The South Fork of the Root River flows through it, with a waterfall dam across from Sylvan Park. The Root River State Trail and other bike paths also serve the town. An Amish community is in the area and the town is home to many unique shops and restaurants, and a professional stage theater.