Wikipedia
Corbin is a home rule-class city in Whitley and Knox counties in the southeastern portion of the U.S. state of Kentucky. The urbanized area around Corbin extends into Laurel County; this area is not incorporated into the city limits due to a state law prohibiting cities from being in more than two counties. However, it is served by some of the city's public services. As of the 2010 census, the city population was 7,304, with 21,132 living in the "urban cluster" that includes Corbin and North Corbin. Corbin is on Interstate 75, about halfway between Knoxville, Tennessee, and Lexington. 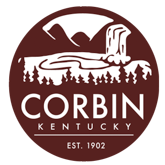 Find more things to do, itinerary ideas, updated news and events, and plan your perfect trip to Corbin
ADVERTISEMENT

London is a home rule-class city in Laurel County, Kentucky, in the United States. It is the seat of its county. The population was 7,993 at the time of the 2010 census. It is the second-largest city named "London" in the United States and the fourth-largest in the world. It is part of the London, Kentucky micropolitan area. Of the seventeen micropolitan areas in Kentucky, London is the largest; the London micropolitan area's 2010 Census population was 126,369. London is also home to the annual World Chicken Festival that celebrates the life of Colonel Sanders and features the world's largest skillet.

Whitley County is a county located in the southeastern part of the U.S. state of Kentucky. As of the 2010 census, the population was 35,637. The county seat is at Williamsburg, though the largest city is Corbin, and the county's District Court (a trial court of limited jurisdiction) sits in both cities. Whitley County is included in the London, KY Micropolitan Statistical Area.