Wikipedia
Shelby County is a county located in the U.S. state of Kentucky. As of the 2010 census, the population was 42,074. The county seat is Shelbyville. The county was founded in 1792 and named for Isaac Shelby, the first Governor of Kentucky. Shelby County is part of the Louisville/Jefferson County, KY–IN Metropolitan Statistical Area. Shelby County's motto is "Good Land, Good Living, Good People". The County Judge/Executive is Dan Ison. 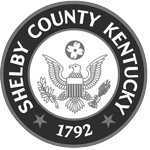 Find more things to do, itinerary ideas, updated news and events, and plan your perfect trip to Shelby
ADVERTISEMENT

Bullitt County is a county located in the north central portion of the U.S. state of Kentucky. As of the 2010 census, the population was 74,319. The county seat is Shepherdsville. The county was founded in 1796.Located just south of the city of Louisville, Bullitt County is included in the Louisville/Jefferson County, KY-IN Metropolitan Statistical Area, commonly known as Kentuckiana. The western fifth of the county (62 sq. miles/40,000 acres (160 km2)) is part of the United States Army post of Fort Knox and is reserved for military training.

Bardstown is a home rule-class city in Nelson County, Kentucky, United States. The population was recorded as 11,700 by the 2010 census. It is the county seat of Nelson County. It is named for the pioneering Bard brothers. David Bard obtained a 1,000 acres (400 ha) land grant in 1785 in what was then Jefferson County, Virginia, from Governor Patrick Henry. William Bard surveyed and platted the town. It was originally chartered as Baird's Town in 1788, and has been known as Beardstown, and Beards Town.