Wikipedia
Shadows-on-the-Teche is an American 3,750 square feet (348 m2) historic house, garden, and cemetery. Formerly a working sugar cane plantation with enslaved labor, it is located in New Iberia, Louisiana, United States. Built in 1834 for planter, David Weeks (1786–1834) and his wife Mary Conrad Weeks (1797–1863). The property is also home to the Shadows-on-the-Teche cemetery. This is a National Historic Landmark since 1974 and is currently owned and operated by the National Trust for Historic Preservation. 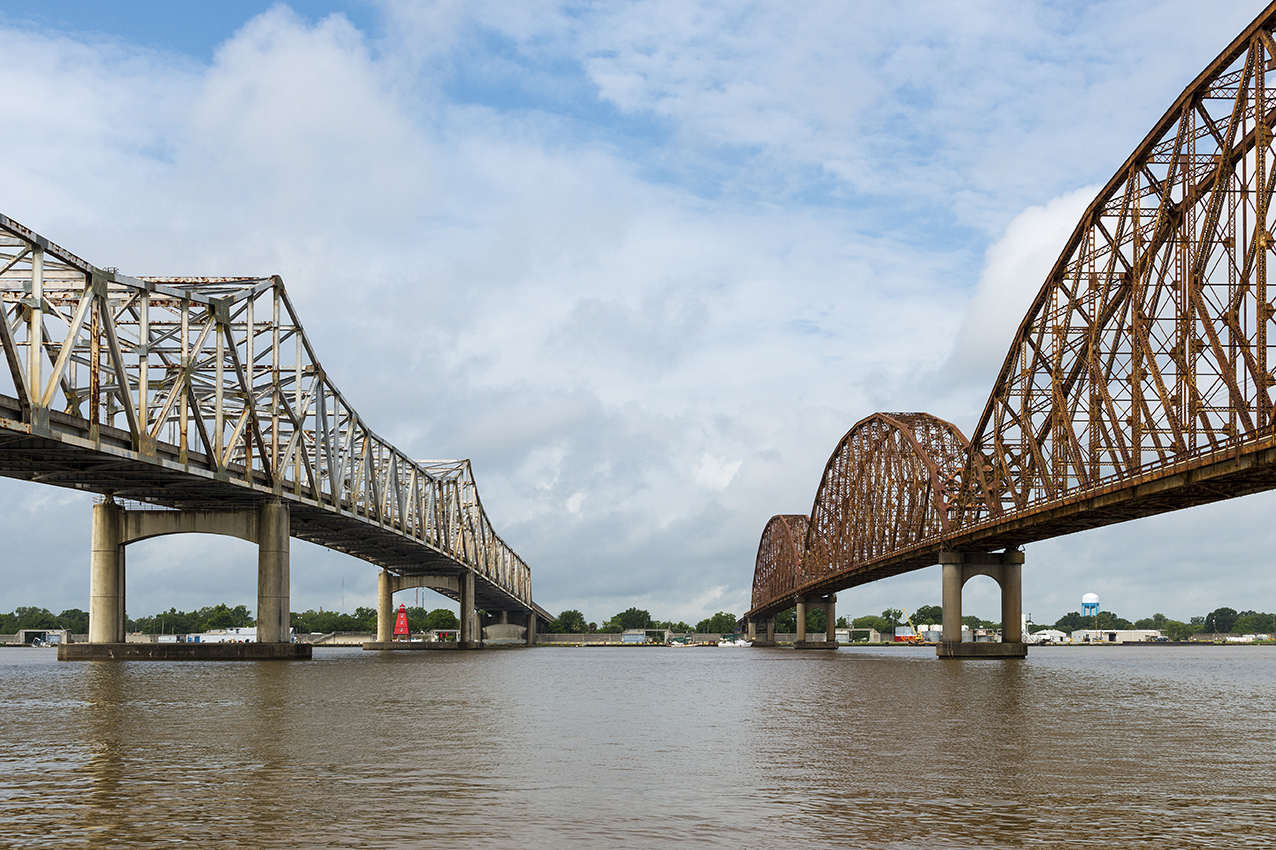 Morgan City is a city in St. Mary and lower St. Martin parishes in the U.S. State of Louisiana. The population was 12,404 at the 2010 census. Known for being “right in the middle of everywhere”, Morgan City is located 68 miles (109 km) southeast of Lafayette, 64 miles (103 km) south of Baton Rouge, and 86 miles (138 km) west of New OrleansMorgan City sits on the banks of the Atchafalaya River. The town was originally named "Tiger Island" by surveyors appointed by U.S. Secretary of War John Calhoun, because of a particular type of wild cat seen in the area. It was later changed for a time to "Brashear City," named after Walter Brashear, a prominent Kentucky physician who had purchased large tracts of land and acquired numerous sugar mills in the area. It was incorporated in 1860.

The Cajuns (; Louisiana French: les Cadiens), also known as Acadians (Louisiana French: les Acadiens), are an ethnic group mainly living in the U.S. state of Louisiana. They also live in the Canadian maritimes provinces consisting in part of the descendants of the original Acadian exiles—French-speakers from Acadia (L'Acadie) in what are now the Maritimes of Eastern Canada. In Louisiana, Acadian and Cajun are often used as broad cultural terms without reference to actual descent from the deported Acadians. Historically, Louisianians of Acadian descent were also considered to be Louisiana Creoles, although Cajun and Creole are often portrayed as separate identities today. Most Cajuns are of French descent. The Cajuns make up a significant portion of south Louisiana's population and have had an enormous impact on the state's culture.While Lower Louisiana had been settled by French colonists since the late 17th century, the Cajuns trace their roots to the influx of Acadian settlers after the Great Expulsion from their homeland during the French and British hostilities prior to the Seven Years' War (1756 to 1763). The Acadia region to which modern Cajuns trace their origin consisted largely of what are now Nova Scotia, New Brunswick, Prince Edward Island plus parts of eastern Quebec and northern Maine. Since their establishment in Louisiana, the Cajuns have become famous for their unique French dialect, Louisiana French (also called "Cajun French", although the dialect predates the Acadians' arrival in Louisiana), and have developed a vibrant culture including folkways, music, and cuisine. The Acadiana region is heavily associated with them.

Vermilion Parish (French: Paroisse de Vermillion) is a parish located in the U.S. state of Louisiana, created in 1844. The parish seat is Abbeville. Vermilion Parish is part of the Lafayette metropolitan statistical area, and located in southern Acadiana. At the 2010 U.S. census, the population was 57,999; the 2019 American Community Survey estimated its population was 59,865.Vermilion and neighboring Cameron parishes are represented in the Louisiana State Senate by the Republican Jonathan W. Perry of Kaplan. In the past several decades, much of the southern portion of the parish has been swept away by water erosion, especially after Hurricane Katrina and Hurricane Rita in 2005.

St. Martin Parish (French: Paroisse de Saint-Martin) is a parish located in the U.S. state of Louisiana, founded in 1811. Its parish seat is St. Martinville, and the largest city is Breaux Bridge. At the 2010 U.S. census, the population was 52,160. At the 2020 census, 51,767 people lived in the parish. St. Martin Parish is part of the Lafayette metropolitan area in the region of Acadiana, along the Gulf Coast.