Portland is the largest city in the U.S. state of Maine and the seat of Cumberland County. Portland's population was 66,215 in 2019. The Greater Portland metropolitan area is home to over half a million people, the 105th-largest metropolitan area in the United States. Portland's economy relies mostly on the service sector and tourism.

Need ideas for a trip to Portland? Check out this people and planet-friendly adventure from Intrepid Travel:

The Old Port district is known for its 19th-century architecture and nightlife. Marine industry still plays an important role in the city's economy, with an active waterfront that supports fishing and commercial shipping. The Port of Portland is the second-largest tonnage seaport in New England.The city seal depicts a phoenix rising from ashes, a reference to recovery from four devastating fires. Portland was named after the English Isle of Portland, Dorset. In turn, the city of Portland, Oregon was named after Portland, Maine. The word Portland is derived from the Old English word Portlanda, which means "land surrounding a harbor". 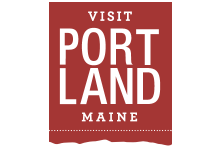 Find more things to do, itinerary ideas, updated news and events, and plan your perfect trip to Portland
ADVERTISEMENT

Old Orchard Beach is a town and census-designated place (CDP) in York County, Maine, United States. The population was 8,624 at the 2010 census. It is part of the Portland−South Portland−Biddeford, Maine Metropolitan Statistical Area. Located on the inner side of Saco Bay on the Atlantic Ocean, the town is a popular summer beach destination. The downtown contains many tourist-oriented businesses, including clam shacks and T-shirt shops. A wooden pier on the beach contains many other tourist businesses, including a variety of souvenir shops. The seven mile (11 km) long beach actually covers three different towns (Scarborough, Old Orchard Beach, and Saco, north to south), and is lined with many beach residential properties, condominiums, motels and bed and breakfasts.

Bath is a city in Sagadahoc County, Maine, in the United States. The population was 8,514 at the 2010 census, and 8,329 as of 2018; the population has had a change of -10.2% since 2000. It is the county seat of Sagadahoc County, which includes one city and 10 towns. The city is popular with tourists, many drawn by its 19th-century architecture. It is home to the Bath Iron Works and Heritage Days Festival, held annually on the Fourth of July weekend. It is commonly known as "The City of Ships" because of all the sailing ships that were built in the Bath shipyards. Bath is part of the metropolitan statistical area of Greater Portland.