Wikipedia
Talbot County is located in the heart of the Eastern Shore of Maryland in the U.S. state of Maryland. As of the 2010 census, the population was 37,782. Its county seat is Easton. The county was named for Lady Grace Talbot, the wife of Sir Robert Talbot, an Anglo-Irish statesman, and the sister of Lord Baltimore.Talbot County comprises the Easton, MD Micropolitan Statistical Area, which is also included in the Washington–Baltimore–Arlington, DC–MD–VA–WV–PA Combined Statistical Area. Talbot County is bordered by Queen Anne's County to the north, Caroline County to the east, Dorchester County to the south, and the Chesapeake Bay to the west.

Find more things to do, itinerary ideas, updated news and events, and plan your perfect trip to Talbot County
ADVERTISEMENT 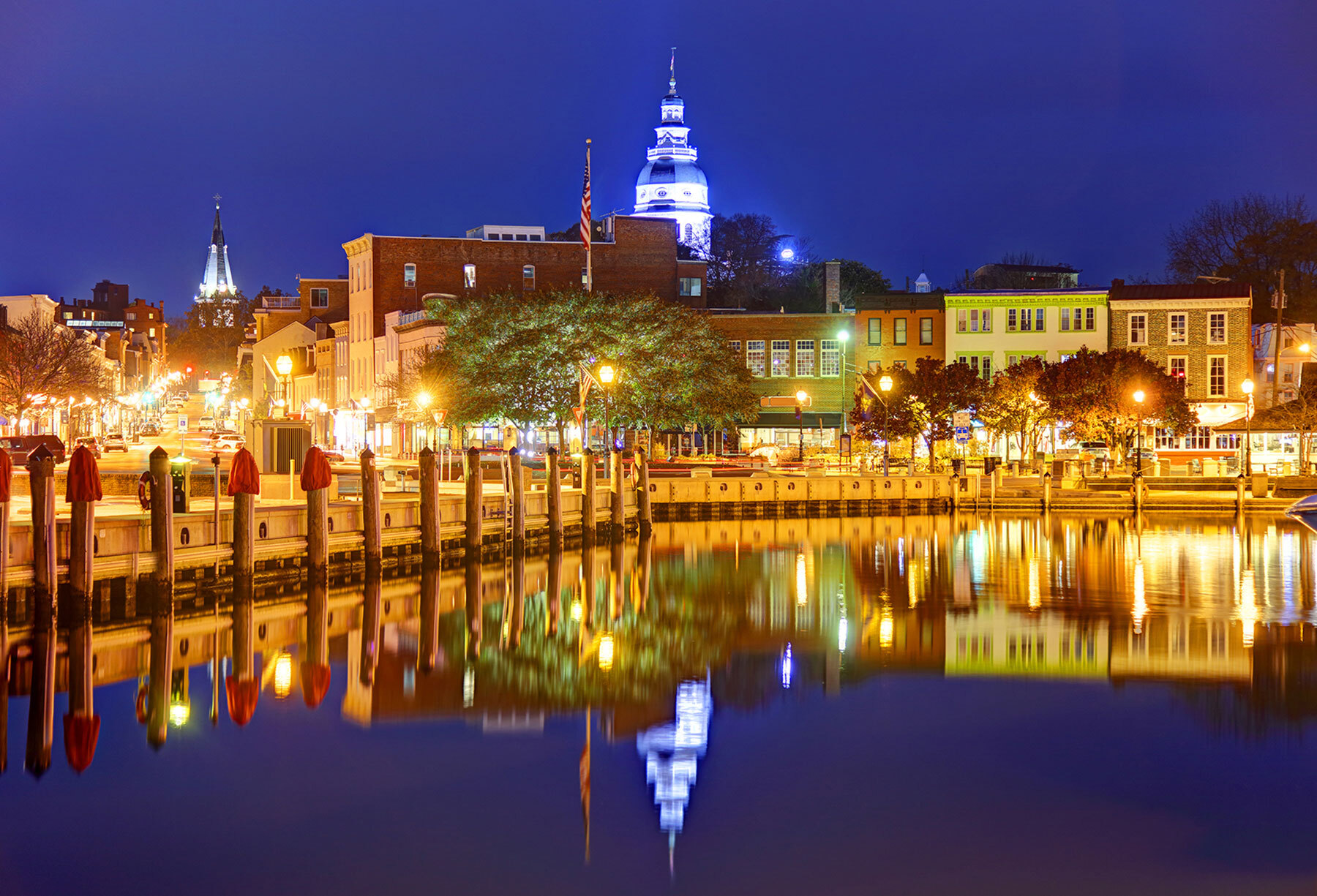 Annapolis ( (listen) ə-NAP-ə-lis), the capital of the U.S. state of Maryland, also functions as the county seat of Anne Arundel County. Situated on the Chesapeake Bay at the mouth of the Severn River, 25 miles (40 km) south of Baltimore and about 30 miles (50 km) east of Washington, D.C., Annapolis forms part of the Baltimore–Washington metropolitan area. The 2010 census recorded its population as 38,394. This city served as the seat of the Confederation Congress (former Second Continental Congress) and temporary national capital of the United States in 1783–1784. At that time, General George Washington came before the body convened in the new Maryland State House and resigned his commission as commander of the Continental Army. A month later, the Congress ratified the Treaty of Paris of 1783, ending the American Revolutionary War, with Great Britain recognizing the independence of the United States. The city and state capitol was also the site of the 1786 Annapolis Convention, which issued a call to the states to send delegates for the Constitutional Convention to be held the following year in Philadelphia. Over 220 years later, the Annapolis Peace Conference took place in 2007. Annapolis is the home of St. John's College, founded 1696; the United States Naval Academy, established 1845, is adjacent to the city limits.

James H. Freis Jr. (born October 27, 1970, in Aberdeen, Maryland) is an American lawyer and financial industry executive who from 2007 to 2012 served as the United States Department of the Treasury's 6th Director of the Financial Crimes Enforcement Network (FinCEN), where he expanded the scope of the anti-money laundering regulations and became known for spearheading efforts to combat fraud and implementing modern data analysis. He was an attorney and central banker at the Federal Reserve Bank of New York and the Bank for International Settlements. From 2014 to 2020, he was Group Chief Compliance Officer of the Deutsche Börse Group, Europe's largest provider of systemically significant financial market infrastructures. In June 2020, he joined Wirecard AG, where he is credited for promptly exposing and stopping the largest financial fraud in Germany's modern history, known publicly as the Wirecard scandal. 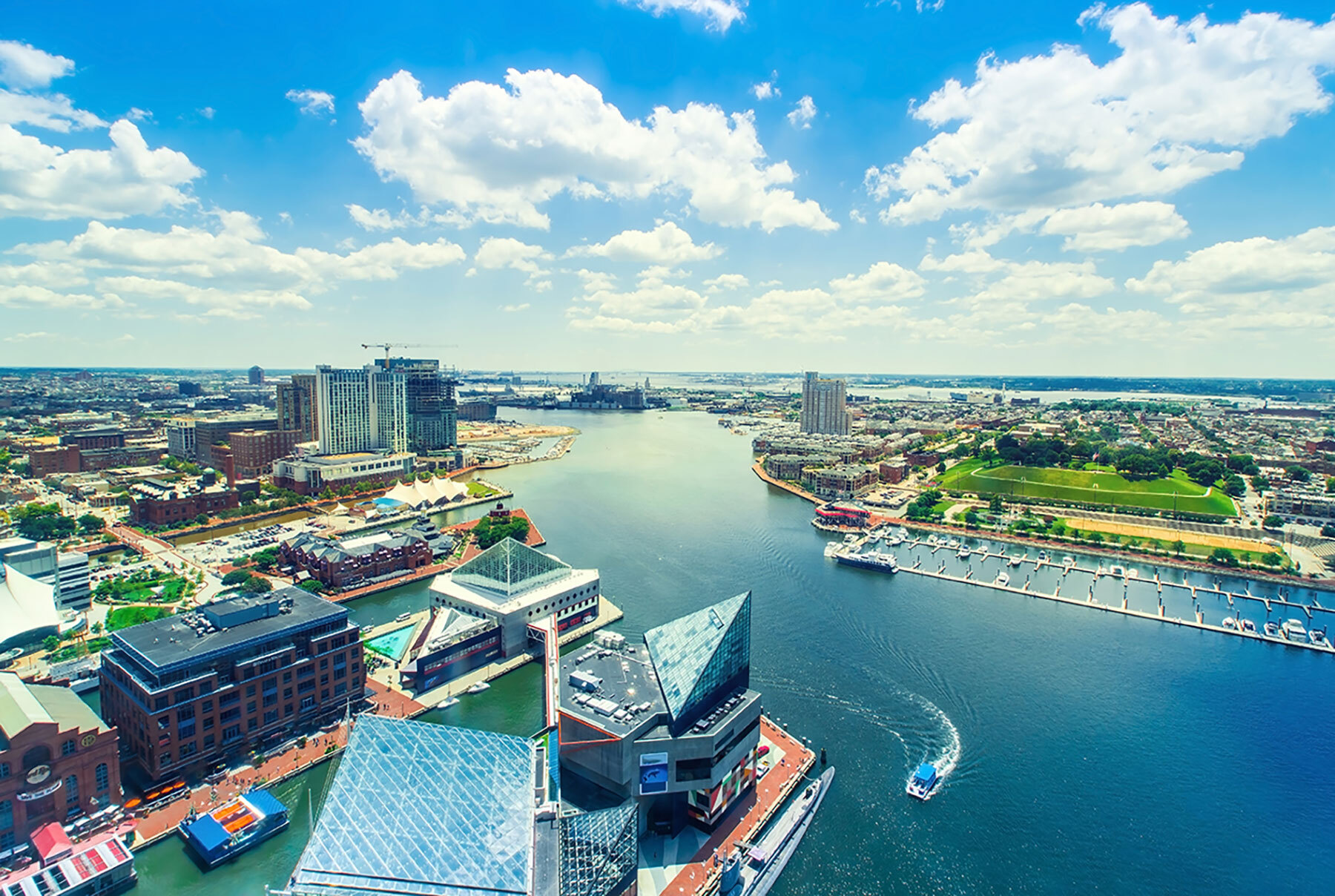 Maryland (MERR-ə-lənd) is a state in the Mid-Atlantic region of the United States, bordering Virginia, West Virginia, and the District of Columbia to its south and west; Pennsylvania to its north; and Delaware and the Atlantic Ocean to its east.

Upper Marlboro, officially the Town of Upper Marlboro, is the seat of Prince George's County, Maryland, United States. The population within the town limits was 631 at the 2010 U.S. Census, although Greater Upper Marlboro is many times larger.