Wikipedia
Bemidji ( bə-MIJ-ee) is a city and the county seat of Beltrami County, in northern Minnesota, United States. The United States Census Bureau estimates Bemidji's population as of 2019 at 15,434, making it the largest commercial center between Grand Forks, North Dakota and Duluth. As a central city for three Indian reservations, Bemidji is the site of many Native American services, including the Indian Health Service. Near Bemidji are the Red Lake Indian Reservation, White Earth Indian Reservation, and the Leech Lake Indian Reservation. Bemidji lies on the southwest shore of Lake Bemidji, the northernmost lake feeding the Mississippi River; it is nicknamed "The First City on the Mississippi". Bemidji is also the self-proclaimed "curling capital" of the U.S. and the alleged birthplace of legendary Paul Bunyan.

Find more things to do, itinerary ideas, updated news and events, and plan your perfect trip to Bemidji
ADVERTISEMENT
Omaze 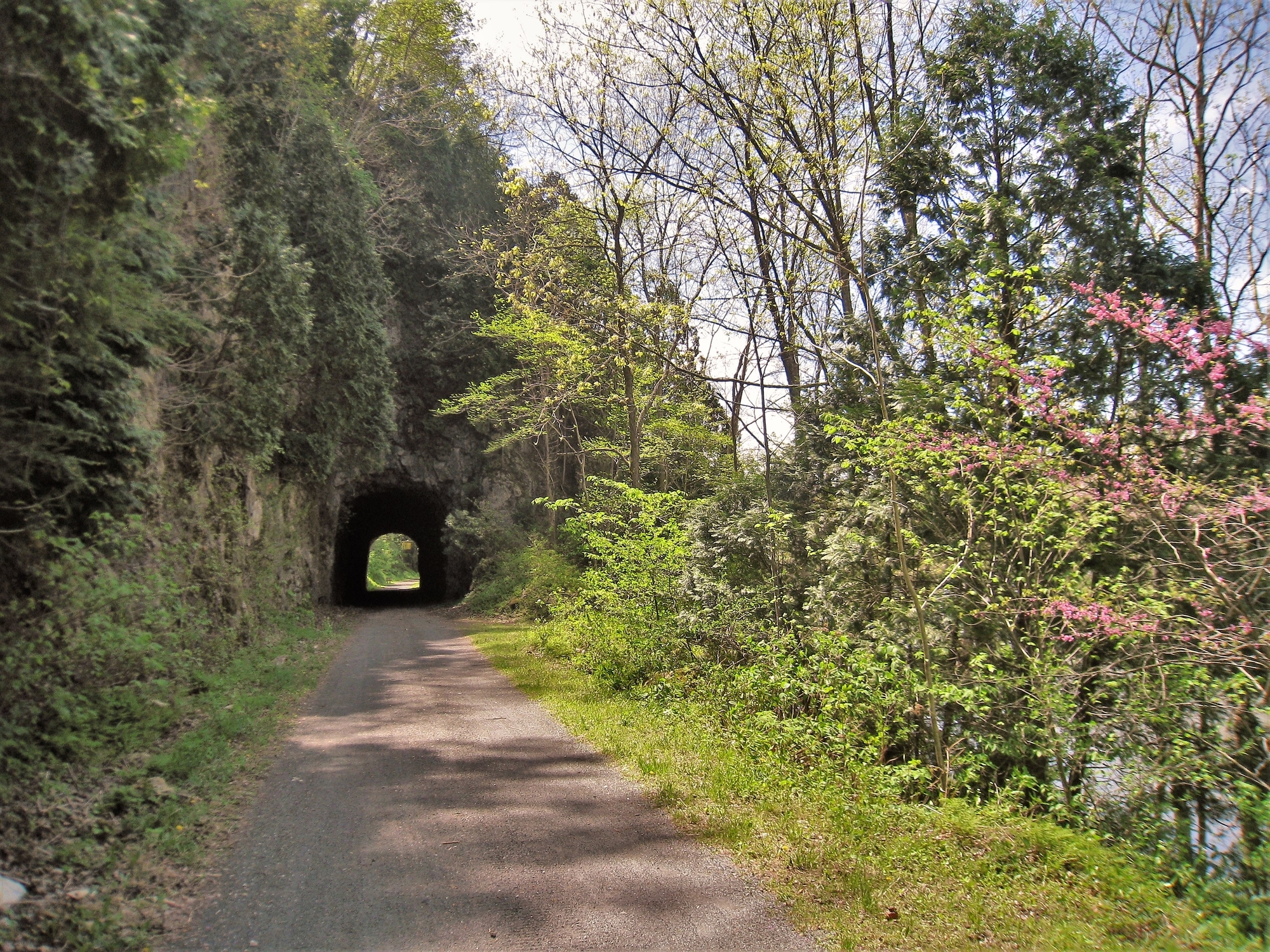 'Rails to Trails' Near You: 6 Beautiful Paths That Used to Be Railroad Tracks

Gone are the days when the U.S. was latticed with an extensive railroad network that connected communities big and small, and spurred their vitality. As air and car travel largely replaced the train, thousands of miles of tracks laid derelict and weed-choked. Yet, the demise of train travel brought an opportunity to convert some of these disused railroad corridors to scenic, multi-use paths (rails-trails) for human-powered activities, especially cycling. These paths not only reinvigorate communities and local businesses, but they also protect wetlands, forests, and other natural resources; and provide a safe path for commuting, fitness, communing with nature, and learning about the region’s culture and history. These six rails-trails are among the best in the U.S., each with a different personality, providing you with anything from a short jaunt to a long-distance adventure. 1. Withlacoochee State Trail, Florida Just an hour or so from either Tampa or Orlando, the midpoint of this 46-mile paved trail, historic Floral City, is where the Seminole Tribe established a village in the early 1800s. This path, part of Florida's extensive state park system, feels worlds apart from the state’s theme and water parks. The more serene southern section wends to the wee community of Trilby, winding through Withlacoochee State Forest with its grand cypress trees dripping with epiphytes. Wildlife sightings, from gopher tortoises to opossums, are abundant along the entire route, and the foliage is diverse, including magnolia and sweet gum. Pack your rod and try angling for largemouth bass or bluegill in either the Withlacoochee River or Lake Townsen. (floridastateparks.org) 2. George S. Mickelson Trail, South Dakota Wandering through the Black Hills from Deadwood to Edgemont, this 109-mile trail is named for the South Dakota governor who supported the conversion of the scenic railroad corridor to a rail-trail. Along the dirt and crushed stone path, cyclists find abandoned gold mines and other reminders of the area’s boom-and-bust period. With woodlands of spruce and ponderosa pines blanketing the slopes, and mountain meadows sprinkled with lavender, black-eyed Susans and other blooms, the 32-mile portion from Hill City to Dumont is especially picturesque. Stop in Rochford, a once-thriving mining town, where the Moonshine Gulch Saloon is a popular stop for beer and burgers. (gfpo.sd.gov/parks) 3. Paul Bunyan State Trail, Minnesota As you pedal past almost two dozen lakes on the 123-mile Paul Bunyan State Trail, Minnesota’s moniker, “Land of 10,000 Lakes,” seems apt. Running from Lake Bemidji State Park in Bemidji to Crow Wing State Park in Brainerd, a former railroad town, this paved rail-trail is named for the mythical lumberjack whose giant footprints and those of Babe, his blue ox, created Minnesota’s lakes. (Their statues are on display in Bemidji.) With various towns popping up every five to nine miles or so, you can ride almost anywhere and find a quirky vibe. The town of Nisswa holds turtle races each summer. (paulbunyantrail.com) 4. New River Trail State Park, Virginia Huddled in southwest Virginia in the Blue Ridge Mountains, this almost 58-mile crushed stone rail-trail mostly follows the New River through a bucolic landscape of woodland, farm fields, narrow valleys, and rounded peaks. Many cyclists start mid-trail at the park’s headquarters in Foster Falls, a town that grew during the iron industry. (A 19th century iron furnace bears testament to that era.). Music buffs may, instead, want to start in Galax that’s nicknamed the “World Capital of Old Time Mountain Music.” Birdwatchers should keep their binoculars at the ready. Dozens of species, such as red-bellied woodpeckers and eastern kingbirds, have been spotted along the route. (dcr.virginia.gov/state-parks) 5. Rio Grande Trail, Colorado Paralleling the Roaring Fork River, Colorado’s longest rail-trail meanders from Aspen through Carbondale to Glenwood Springs, famed for its geothermal waters. The 42-mile-long, mostly paved stretch features the best of the state’s scenery: soaring peaks, stands of aspen, ranch lands, dry sagebrush, and conifer forests. You’ll have opportunities to spot deer, elk, and even black bear. Great blue herons, belted kingfishers and other birds are attracted to this corridor for its proximity to the river. Popular stops include the Woody Creek Tavern, the former hangout of journalist Hunter S. Thompson; Basalt that’s noted for its trout fishing; and the serene Rock Bottom Ranch, an ideal spot for picnicking and bird watching. (rfta.com/trail-information) 6. Bizz Johnson National Recreation Trail, California Taking its name from former Congressman Harold T. “Bizz” Johnson, who was instrumental in this rail-trail conversion, the 25-mile route from Mason Station near Westwood to Susanville is mostly dominated by the dramatic landscape of the Susan River Canyon. Cycling on packed gravel, you’ll crisscross the river numerous times on trestles and bridges, veering into evergreen-dense Lassen National Forest. In Susanville, stop at the circa 1927 railroad depot that serves as a visitor’s center with historical information on the railroad and the area’s logging industry. This is also the site of the annual Rails to Trails Festival where -- on October 12, 2019 -- you can enjoy the salsa competition and chili cook-off. (blm.gov/visit/bizz-johnson) 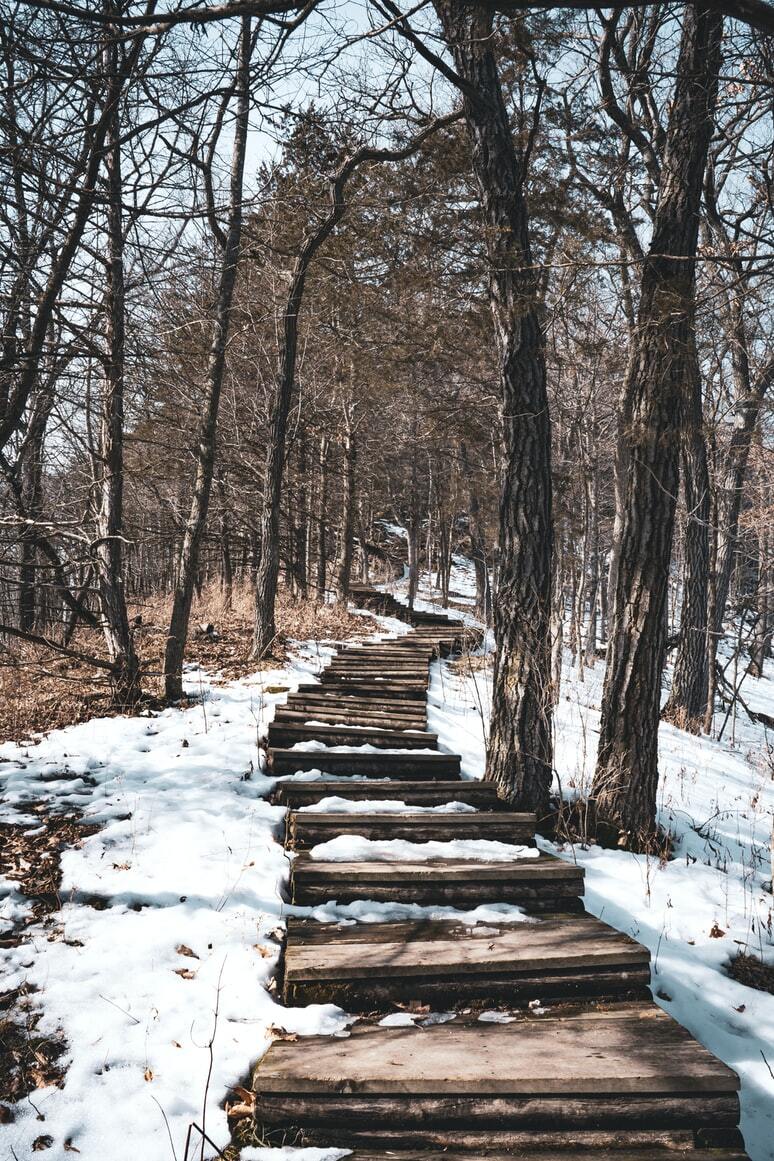 Bemidji ( bə-MIJ-ee) is a city and the county seat of Beltrami County, in northern Minnesota, United States. The United States Census Bureau estimates Bemidji's population as of 2019 at 15,434, making it the largest commercial center between Grand Forks, North Dakota and Duluth. As a central city for three Indian reservations, Bemidji is the site of many Native American services, including the Indian Health Service. Near Bemidji are the Red Lake Indian Reservation, White Earth Indian Reservation, and the Leech Lake Indian Reservation. Bemidji lies on the southwest shore of Lake Bemidji, the northernmost lake feeding the Mississippi River; it is nicknamed "The First City on the Mississippi". Bemidji is also the self-proclaimed "curling capital" of the U.S. and the alleged birthplace of legendary Paul Bunyan.

Minnesota ( (listen)) is a state in the upper Midwestern United States. It is the 12th largest U.S. state in area and the 22nd most populous, with over 5.7 million residents. More than half of Minnesotans live in the Minneapolis–Saint Paul metropolitan area, known as the "Twin Cities", which is the main political, economic, and cultural hub. The Twin Cities are among the 20 largest metropolises in the U.S. Other Minnesota metropolitan areas include Duluth, Mankato, Moorhead, Rochester and St. Cloud. Minnesota's geography is highly diverse, consisting of western prairies, now given over to intensive agriculture; deciduous forests in the southeast, now partially cleared, farmed, and settled; and the less populated North Woods, used for mining, forestry, and recreation. Roughly a third of the state is forested, and it is known as the "Land of 10,000 Lakes" for having over 14,000 bodies of fresh water that are at least ten acres. Minnesota has been inhabited by various indigenous peoples since the Woodland period of the 11th century BCE. Between roughly 200 and 500 CE, two areas of the indigenous Hopewell tradition emerged: the Laural Complex in the north, and Tremplau Hopewell in the Mississippi River Valley. The subsequent Upper Mississippian culture, consisting of the Oneota people and other Siouan speakers, lasted through the arrival of Europeans in the 17th century. French explorers and missionaries were the earliest Europeans to enter the region, encountering the Dakota, Ojibwe, and various Anishinaabe tribes. Much of what is now Minnesota formed part of the vast French holding of Louisiana, which the United States purchased in 1803. After several territorial reorganizations, the Minnesota Territory was admitted to the Union as the 32nd state in 1858. Minnesota's official motto, L'Étoile du Nord, is the only state motto in French; meaning "The Star of the North", it was adopted shortly after statehood and reflects the state's French origins and its position as the northernmost state in the contiguous U.S. As part of the American frontier, Minnesota attracted settlers and homesteaders from across the country, with its growth initially centered on timber, agriculture, and railroads. Into the early 20th century, European immigrants arrived in significant numbers, particularly from Scandinavia, Germany, and Central Europe; many were linked to the failed revolutions of 1848, and partly influenced the state's emergence as a major center of labor and social activism. Minnesota's rapid industrialization and urbanization precipitated major social, economic, and political changes during the American Progressive Era of the late 19th and early 20th centuries; the state was at the forefront of labor rights, women's suffrage, and political reform. Minnesotan politics, culture, and identity are reflective of this history and remain highly progressive by national standards. Since the late 20th century, Minnesota's economy has diversified significantly, shifting from traditional industries such as agriculture and resource extraction to services, finance, and healthcare. The state remains a center of Scandinavian, German, and Czech culture, but in recent decades has become increasingly multicultural amid greater domestic migration and immigration from Latin America, Asia, the Horn of Africa, and the Middle East. Minnesota's standard of living index is among the highest in the nation, and the state is among the best-educated in the nation. It is ranked among the best states in metrics such as employment, median income, safety, and governance. 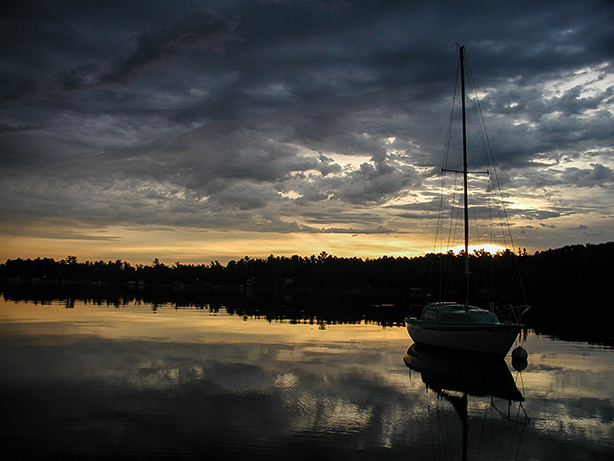 Leech Lake is a lake located in north central Minnesota, United States. It is southeast of Bemidji, located mainly within the Leech Lake Indian Reservation, and completely within the Chippewa National Forest. It is used as a reservoir. The lake is the third largest in Minnesota, covering 102,947.83 acres (416.6151 km2) with 195 miles (314 km) of shoreline and has a maximum depth of 156 feet (48 m).

Lake Winnibigoshish is a body of water in north central Minnesota, in the Chippewa National Forest. Its name comes from the Ojibwe language Wiinibiigoonzhish, a diminutive and pejorative form of Wiinibiig, meaning "filthy water" (i.e., "brackish water"). The name is related in structure to Lake Winnipeg and to the Algonquian name for Lake Winnebago, which the Ho-chunk (Winnebago) Nation was named after.The Lake's area of 67,000 acres makes it the fourth largest in Minnesota. The headwaters of the Mississippi River begin at Lake Itasca (see Mississippi River Basin map); where it flows through Winnibigoshish, the Mississippi is at its widest - more than 11 miles.The former Winnibigoshish Township (now unorganized), located on the north shore of Lake Winnibigoshish, in Itasca County, Minnesota, was named after this lake.