Wikipedia
Cook County is a county in the U.S. state of Minnesota. As of the 2020 United States Census, the population was 5,600, making it Minnesota's seventh-least populous county. Its county seat is Grand Marais. The Grand Portage Indian Reservation is in the county. 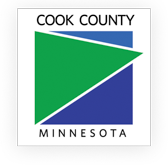 Find more things to do, itinerary ideas, updated news and events, and plan your perfect trip to Cook County
ADVERTISEMENT

Grand Marais () is a city in Cook County, Minnesota, United States, on the North Shore of Lake Superior. It had a population of 1,351 at the 2010 census.[6] It is the county seat and sole municipality of Cook County.[7] Before it was settled by French Canadians and before Minnesota's statehood, Grand Marais was inhabited by the Anishinaabe indigenous people, also known as the Ojibwe. The Ojibwe name for the area is Gichi-biitoobiig,[8] which means "great duplicate water," "parallel body of water" or "double body of water" (like a bayou), a reference to the two bays that form this large harbor of Lake Superior.[9] The area was a bustling fur trading station in the 1700s, and the French Canadian Voyageurs termed the settled village "Grand Marais" ("Great Marsh"), referring to a marsh that, in early fur-trading times, was 20 acres (8.1 ha) or less in area, nearly at the level of Lake Superior, and at the head of the little bay and harbor that led to the settlement of the village there. Another small bay on the east, less protected from storms, is separated from the harbor by a slight projecting point and a short beach. "Grand Marais" also may mean "sheltered water area", as the harbor has natural breakwall rock outcroppings, providing a natural safe harbor for early Lake Superior explorers. To the east of Grand Marais is Chippewa City. Chippewa City thrived in the 1890s, with about 100 families living in the village. Francis Xavier church still stands slightly north of town, just off Highway 61. The church began as a Jesuit mission from Fort William, Ontario, in 1855 to minister to the Ojibwe in the area. The permanent structure was built in 1895 and was used until declining attendance forced it to close in 1936. The Cook County Historical Society restored the site between 1970 and 1974 and it was added to the National Register in 1986. Grand Marais is a gateway to the Boundary Waters Canoe Area Wilderness (BWCAW), via the Gunflint Trail, historically a footpath for travelers and fur traders from inland lakes to Lake Superior. It is now County Road 12, a paved National Scenic Byway that begins in Grand Marais and ends at Saganaga Lake in the BWCAW, near the U.S. border with Ontario. It provides access to many of BWCAW's entry points. The area is home to several nonprofit educational institutions, such as the Grand Marais Art Colony and the North House Folk School, and art galleries featuring the work of local and regional artists.[10] On April 13, 2020, a large fire swept through downtown Grand Marais, destroying three buildings: The Crooked Spoon Cafe, White Pine North, and Picnic and Pine. The fire burned for over three hours in intense winds.

Bayfield is a city in Bayfield County, Wisconsin, United States. The population was 487 at the 2010 census. This makes it the city with the smallest population in Wisconsin. In fact, for a new city to be incorporated today, state regulations require a population of at least 1,000 residents, so it would have to be incorporated as a village instead.Wisconsin Highway 13 serves as a main route in the community. It is a former county seat, lumbering town, and commercial fishing community, which today is a tourist and resort destination. There are many restaurants, hotels, bed & breakfast establishments, specialty shops, and marine services. This tourism industry is largely built around Bayfield's status as the "gateway to the Apostle Islands" (i.e., the primary passenger ferry port).