Wikipedia
Crookston is a city in the U.S. state of Minnesota. It is the county seat of Polk County. The population was 7,891 at the 2010 census. It is part of the "Grand Forks, ND–MN Metropolitan Statistical Area" or "Greater Grand Forks". Crookston is the episcopal seat of the Roman Catholic Diocese of Crookston. Crookston is partially a commuter town to the larger city of Grand Forks, North Dakota.

Find more things to do, itinerary ideas, updated news and events, and plan your perfect trip to Crookston
ADVERTISEMENT 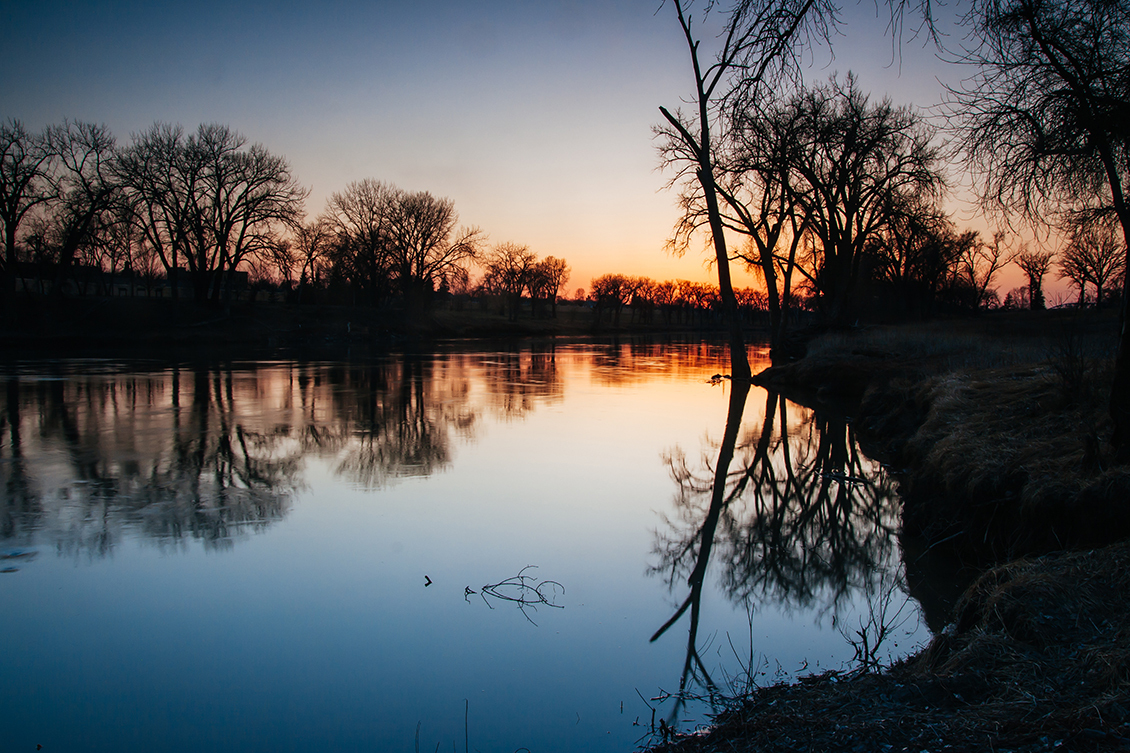 Grand Forks is the third-largest city in the American state of North Dakota (after Fargo and Bismarck) and the county seat of Grand Forks County. According to the 2020 census, the city's population was 59,166, while that of the city and its surrounding metropolitan area was 104,362. Grand Forks, along with its twin city of East Grand Forks, Minnesota, forms the center of the Grand Forks, ND-MN Metropolitan Statistical Area, which is often called Greater Grand Forks or the Grand Cities. Located on the western banks of the north-flowing Red River of the North, in a flat region known as the Red River Valley, the city is prone to flooding. The Red River Flood of 1997 devastated the city. Originally called Les Grandes Fourches by French fur traders from Canada, who had long worked and lived in the region, steamboat captain Alexander Griggs platted a community after being forced to winter there. The post office was established in 1870, and the town was incorporated on February 22, 1881. The city was named for its location at the fork of the Red River and the Red Lake River.Historically dependent on local agriculture, the city's economy now encompasses higher education, defense, health care, manufacturing, food processing, and scientific research. Grand Forks is served by Grand Forks International Airport and Grand Forks Air Force Base. The city's University of North Dakota is the oldest institution of higher education in the state. The Alerus Center and Ralph Engelstad Arena host athletic and other events, while the Empire Arts Center and Chester Fritz Auditorium are the city's largest cultural venues.

East Grand Forks (also known as EGF) is a city in Polk County, Minnesota, United States. The population was 8,601 at the 2010 Census, making it the largest community in Polk County.It is located in the Red River Valley region along the eastern bank of the Red River of the North, directly across from the larger city of Grand Forks, North Dakota. The cities of Grand Forks and East Grand Forks form the center of the Grand Forks, ND–MN Metropolitan Statistical Area, which is often called Greater Grand Forks. The metropolitan area had an estimated population of 100,381 on July 1, 2020. 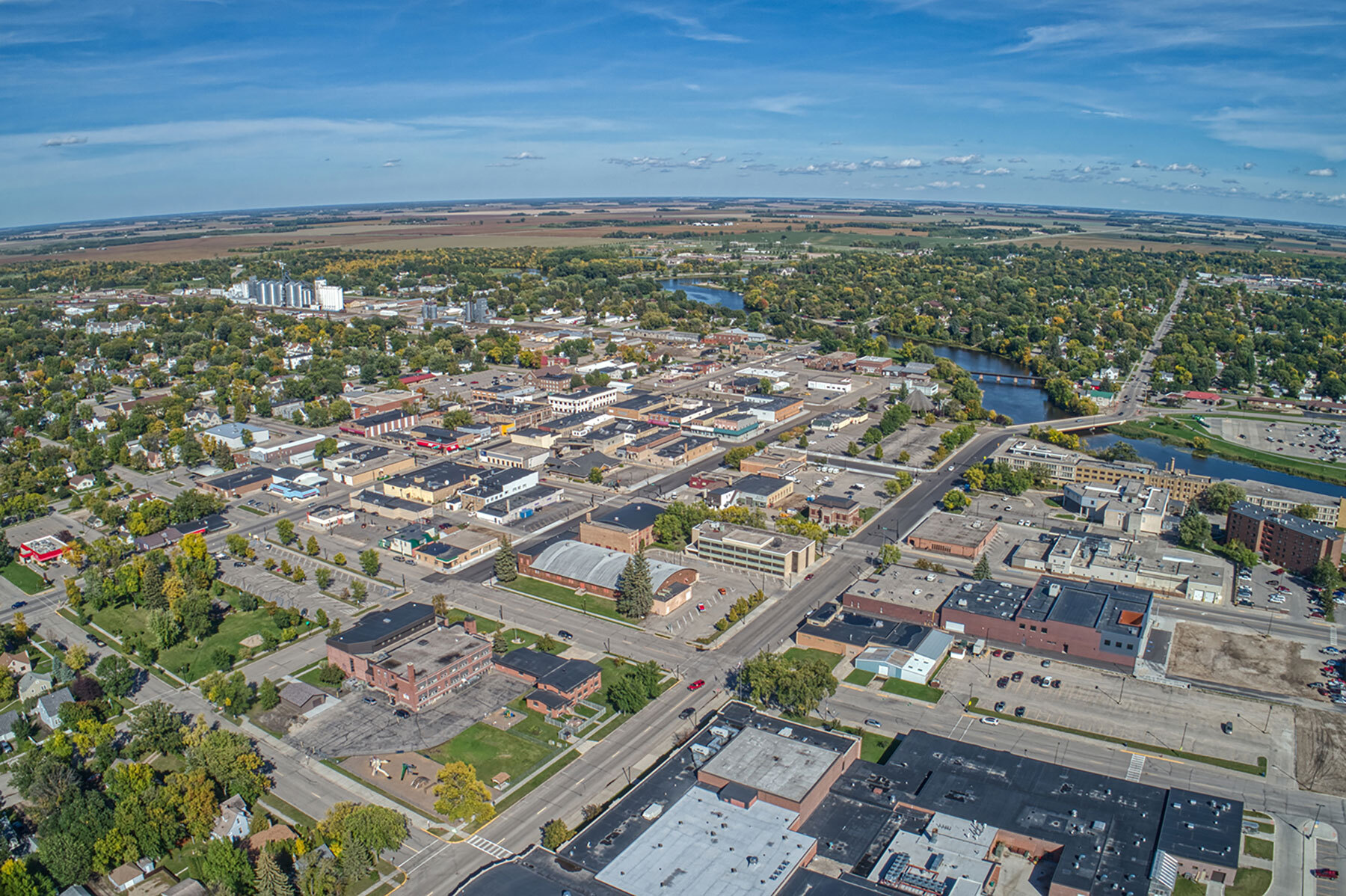 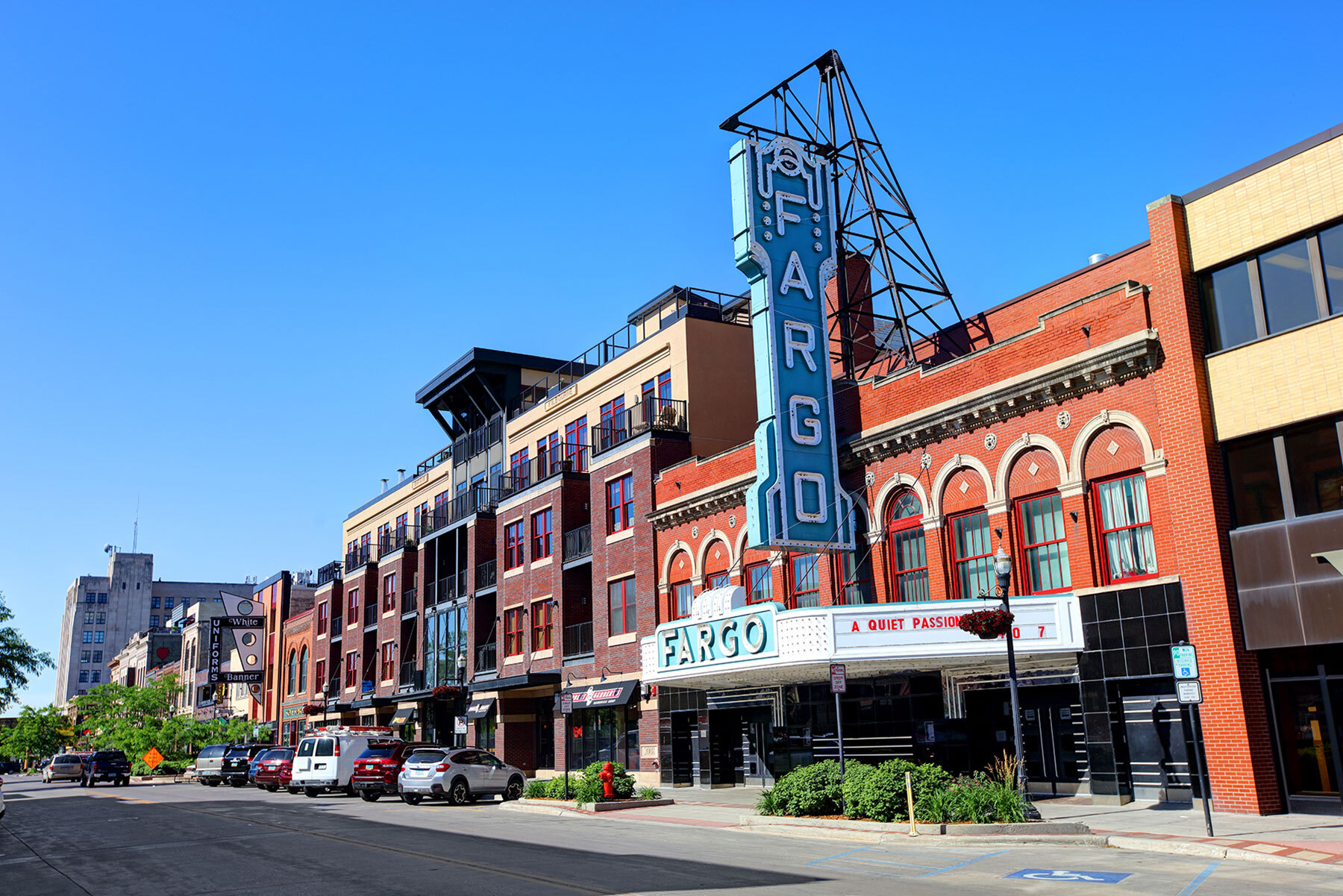 Fargo is a city in and the county seat of Cass County, North Dakota, United States. Being the most populous city in the state, it accounts for 16% of the state population. According to the 2020 United States Census estimates, its population was 125,209, making it the 222nd-most populous city in the United States. Fargo, along with its twin city of Moorhead, Minnesota, and the adjacent cities of West Fargo, North Dakota; and Dilworth, Minnesota; form the core of the Fargo-Moorhead, ND-MN Metropolitan Statistical Area. The MSA had a population of 248,591 in 2020. Fargo was founded in 1871 on the Red River of the North floodplain. It is a cultural, retail, health care, educational, and industrial center for southeastern North Dakota and northwestern Minnesota. North Dakota State University is located in the city.