Wikipedia
Duluth ( (listen) də-LOOTH) is a port city in the U.S. state of Minnesota and the county seat of St. Louis County. Duluth has a population of 86,697, making it Minnesota's fourth-largest city and the center of Minnesota's second largest metropolitan area, with a population of 278,799. Duluth forms a metropolitan area with neighboring Superior, Wisconsin; together, they are called the Twin Ports. The city is named for Daniel Greysolon, Sieur du Lhut, the area's first known European explorer. Situated on the north shore of Lake Superior at the westernmost point of the Great Lakes, Duluth is the largest metropolitan area (and second-largest city) on the lake and is accessible to the Atlantic Ocean 2,300 miles (3,700 km) away via the Great Lakes Waterway and St. Lawrence Seaway. The Port of Duluth is the world's farthest inland port accessible to oceangoing ships, and by far the largest and busiest port on the Great Lakes. The port is ranked among the top 20 ports in the United States by tonnage. Commodities shipped from the Port of Duluth include coal, iron ore, grain, limestone, cement, salt, wood pulp, steel coil, and wind turbine components. A tourist destination for the Midwest, Duluth features the United States' only all-freshwater aquarium, the Great Lakes Aquarium; the Aerial Lift Bridge, which is adjacent to Canal Park and spans the Duluth Ship Canal into the Duluth–Superior harbor; and Minnesota Point (known locally as Park Point), the world's longest freshwater baymouth bar, spanning 6 miles (10 km). The city is also the starting point for vehicle trips touring the North Shore of Lake Superior toward Ontario, Canada. 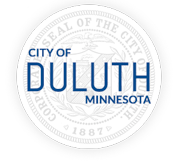 Find more things to do, itinerary ideas, updated news and events, and plan your perfect trip to Duluth
ADVERTISEMENT

Superior is a city in, and the county seat of, Douglas County in the U.S. state of Wisconsin. The population was 26,751 at the 2020 census. Located at the junction of U.S. Highway 2 and U.S. Highway 53, it is immediately north of, and adjacent to, both the Village of Superior and the Town of Superior. Its neighborhoods include Billings Park, North End, South Superior, Central Park, East End, Allouez, and Itasca. Billings Park, South Superior, East End, and North End each have small business districts. Superior is at the western end of Lake Superior in northwestern Wisconsin. Bordered by Saint Louis, Superior, and Allouez bays, the city is framed by two rivers: the Nemadji and the Saint Louis. Superior and the neighboring city across the bay, Duluth, Minnesota, form a single metropolitan area called the Twin Ports. They share a harbor that is one of the most important ports on the Great Lakes. Both cities feature museum ships (SS William A. Irvin in Duluth and SS Meteor in Superior), devoted to the local maritime heritage. Superior was the final port of call for SS Edmund Fitzgerald before her sinking on November 10, 1975. It is an industrial city, with ship harbors along two sides, several large rail yards, an oil refinery, and shipyard.

Proctor is a city in Saint Louis County, Minnesota, United States. The population was 3,057 at the 2010 census.The city was established as Proctorknott in 1894, with the name coming from J. Proctor Knott, former Governor of Kentucky (1883–1887). He became famous for delivering the speech The Untold Delights of Duluth to the U.S. House of Representatives. The name of the city was shortened to Proctor in 1904.Proctor's welcome sign on U.S. Highway 2 states: "You Have a Place in Proctor".

Two Harbors is a city in and the county seat of Lake County, Minnesota, United States, along the shore of Lake Superior. The population was 3,745 at the 2010 censusMinnesota State Highway 61 serves as a main route in Two Harbors. Gooseberry Falls State Park is 13 miles (21 km) to the northeast.