Eagan is your ultimate destination for fantastic football, fashion, food, and fun! As the proud new home of the Minnesota Vikings, Eagan invites you to immerse yourself in the Viking Lakes experience which includes TCO Performance Center, TCO Stadium, Verizon Vikings Training Camp, the state-of-the-art Vikings Museum and the Vikings Locker Room - your ultimate connection to the very best Vikings merchandise.

Shopping for outdoor adventures? Eagan invites you to explore Lebanon Hills Regional Park and Caponi Art Park, hit the links at Lost Spur Golf and Event Center and take a splash at one of the largest waterparks in the Midwest, Cascade Bay.

And when it comes time to refuel and relax, Eagan boasts over 100 spectacular restaurants and 20 incredible hotels with most featuring shuttle service to nearby Mall of America® and MSP Airport. 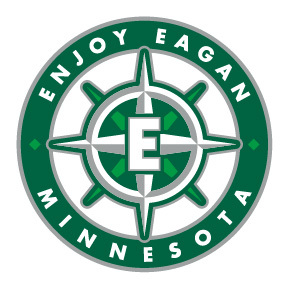 Find more things to do, itinerary ideas, updated news and events, and plan your perfect trip to Eagan
ADVERTISEMENT

Burnsville () is a city 15 miles (24 km) south of downtown Minneapolis in Dakota County in the State of Minnesota. The city lies on the south bank of the Minnesota River, upstream from its confluence with the Mississippi River. Burnsville and nearby suburbs form the southern portion of Minneapolis–Saint Paul, the fifteenth largest metropolitan area in the United States, with about 3.6 million residents. According to the 2020 census, the population is 64,317.Burnsville is home to a regional mall (Burnsville Center), a section of Murphy-Hanrehan Park Reserve, 310-foot (94 m) vertical ski peak Buck Hill, and part of the Minnesota Valley National Wildlife Refuge. Originally, the land Burnsville is located on was a village of Mdewakanton Dakota. Later, it became a rural Irish farming community. Burnsville became the tenth largest city in Minnesota in the 2000 Census following the construction of Interstate 35. Currently the ninth largest suburb in the metro area and a bedroom community of both Minneapolis and Saint Paul, the city was fully built by the late 2000s. Burnsville's downtown area is called Heart of the City with urban-style retail and condominiums. The Burnsville Transit Station serves as the hub and headquarters of the Minnesota Valley Transit Authority, providing regional bus service to five other suburbs. The name Burnsville is attributed to an early Irish settler and land owner, William Byrne. His surname was recorded as "Burns" and was never corrected.

William Henry Willimon (born May 15, 1946) is an American theologian and bishop in the United Methodist Church, retired, who for eight years served the North Alabama Conference. He is currently Professor of the Practice of Christian Ministry and Director of the Doctor of Ministry program at Duke Divinity School. He is former Dean of the Chapel at Duke University and is considered by many as one of America's best-known and most influential preachers. A Pulpit & Pew Research on Pastoral Leadership survey determined that he was one of the two most frequently read writers by pastors in mainline Protestantism alongside the Roman Catholic writer Henri Nouwen. His books have sold over a million copies. He is also Editor-At-Large of The Christian Century. His 2019 memoir Accidental Preacher was released to wide acclaim, described by Justo L. Gonzalez as "An exceptional example of theology at its best."