Wikipedia
Richfield is a city in Hennepin County, Minnesota, United States. An inner-ring suburb of the Minneapolis–Saint Paul region, it is bordered by Minneapolis to the north, Minneapolis–Saint Paul International Airport to the east, Bloomington to the south, and Edina to the west. Best Buy, the U.S.'s largest electronics retailer, has its headquarters in Richfield. The population was 36,994 at the 2020 census. 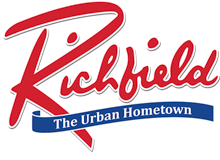 Find more things to do, itinerary ideas, updated news and events, and plan your perfect trip to Richfield
ADVERTISEMENT

This is a list of lakes of Minnesota. Although promoted as the "Land of 10,000 Lakes", Minnesota has 11,842 lakes of 10 acres (4.05 ha) or more. The 1968 state survey found 15,291 lake basins, of which 3,257 were dry. If all basins over 2.5 acres were counted, Minnesota would have 21,871 lakes. The prevalence of lakes has generated many repeat names. For example, there are more than 200 Mud Lakes, 150 Long Lakes, and 120 Rice Lakes. All but four of Minnesota's 87 counties (Mower, Olmsted, Pipestone and Rock) contain at least one natural lake. Minnesota's lakes provide 44,926 miles of shoreline, more than the combined lake (~32,000 mi) and coastal (3,427 mi) shorelines of California. Lakes whose coordinates are included below are visible in linked OSM map.

Minneapolis–Saint Paul is a major metropolitan area built around the confluence of the Mississippi, Minnesota and St. Croix rivers in east central Minnesota. The area is commonly known as the Twin Cities after its two largest cities, Minneapolis, the most populous city in the state and home of the largest university in the state, and Saint Paul, the state capital, which directly borders Minneapolis to the east. It is an example of twin cities in the sense of geographical proximity. Minnesotans often refer to the two together (or the seven-county metro area collectively) simply as "the Cities". There are varying definitions what should be considered the "Twin Cities". Many refer to the "Twin Cities" as the seven-county region which is governed under the Metropolitan Council regional governmental agency and planning organization. The United States Office of Management and Budget officially designates 15 counties as the "Minneapolis–St. Paul–Bloomington MN–WI Metropolitan Statistical Area", the 16th largest metropolitan statistical area with a population of 3,690,261 according to 2020 census estimate. The larger 21-county Minneapolis–St. Paul MN–WI Combined Statistical Area, which is also the 16th largest, has a population of 4,046,181 according to 2020 census estimates. The two cities are independent municipalities with defined borders. Minneapolis sits mostly on the west side of the Mississippi River, and is somewhat more modern with a relatively young downtown and trendy uptown. Saint Paul, which sits mostly on the east side of the river, has been likened to an East Coast city, with quaint neighborhoods, a vast collection of well-preserved late-Victorian architecture, and a large number of colleges.Originally inhabited by Ojibwe and Dakota groups, the cities were subsequently settled by many groups of Europeans. Minneapolis was influenced by early Scandinavian and Lutheran settlers, while Saint Paul was settled predominantly by French, Irish and German Catholic communities. Today, the cities are home to large immigrant communities, including Somali, Hmong, Oromo, and Liberian groups.