Wikipedia
Saint Paul (abbreviated St. Paul) is the capital of the U.S. state of Minnesota. It is the county seat of Ramsey County, the state's smallest in terms of area, second-most populous, and most densely populated county. As of 2020, its population was 311,527, making it the 63rd-largest city in the United States and the 11th-most populous in the Midwest. Most of the city lies east of the Mississippi River at the confluence with the Minnesota River. Minneapolis, the state's largest city, is across the river to the west. Together, they are known as the "Twin Cities". They are the core of Minneapolis–Saint Paul metropolitan area, home to over 3.6 million and the third-largest in the Midwest.The Legislative Assembly of the Minnesota Territory established the Town of St. Paul as its capital near existing Dakota Sioux settlements in November 1849. It remained a town until 1854. The Dakota name for where Saint Paul is situated is "Imnizaska" for the "white rock" bluffs along the river. The city is known for the Xcel Energy Center, home to the Minnesota Wild. Regionally, it is known for the Science Museum of Minnesota and its new soccer stadium, Allianz Field. As a business hub of the Upper Midwest, it is the headquarters of companies such as Ecolab. Saint Paul and Minneapolis are also known for their high literacy rate.The first structure in what became St. Paul was constructed in 1838 at the entrance to Fountain Cave overlooking the Mississippi. It was a tavern belonging to Pigs Eye Parrant near where Randolph Avenue today meets the river bluff. Parrant's tavern was well known and the surrounding area came to be known as Pigs Eye. That lasted until the Catholic missionary Lucien Galtier arrived in 1840. He did not care for Parrant, his tavern, or the name "Pigseye". Galtier's arrival coincided with Parrant's eviction from Fountain Cave and the building of a log chapel near where steamboats had an easy landing. Galtier named the chapel St. Paul's, making it known that the settlement was then to be called by that name, as "Saint Paul as applied to a town or city was well appropriated, this monosyllable is short, sounds good, it is understood by all Christian denominations". While "Pigs Eye" was no longer the settlement's name, it came to refer to wetlands and two islands south of the city's center. The original town was laid out on two plats covering 240 acres. The first plat was filed in the Territory of Wisconsin, the second in the Territory of Minnesota. The boundaries were Elm Street, 7th Street, Wacouta Street, and the river. Between 1849 and 1887, the boundaries were expanded 14 times to their present extent. As the region grew the city became the seat of an archdiocese that built St. Paul's Cathedral, overlooking the downtown.

Find more things to do, itinerary ideas, updated news and events, and plan your perfect trip to Saint James
ADVERTISEMENT

Madelia is a city in Watonwan County, Minnesota, United States, along the Watonwan River. The population was 2,308 at the 2010 census.

Fairmont is a city in and the county seat of Martin County, Minnesota, United States. The population was 10,666 at the 2010 census.

New Ulm is a city in Brown County, Minnesota, United States. The population was 13,522 at the 2010 census. It is the county seat of Brown County.Located in the triangle of land formed by the confluence of the Minnesota River and the Cottonwood River, the city is home to the Minnesota Music Hall of Fame, the Hermann Heights Monument, Martin Luther College, Flandrau State Park, and the August Schell Brewing Company. New Ulm is the episcopal see of the Roman Catholic Diocese of New Ulm.U.S. Highway 14 and Minnesota State Highways 15 and 68 are three of the main routes in the city. 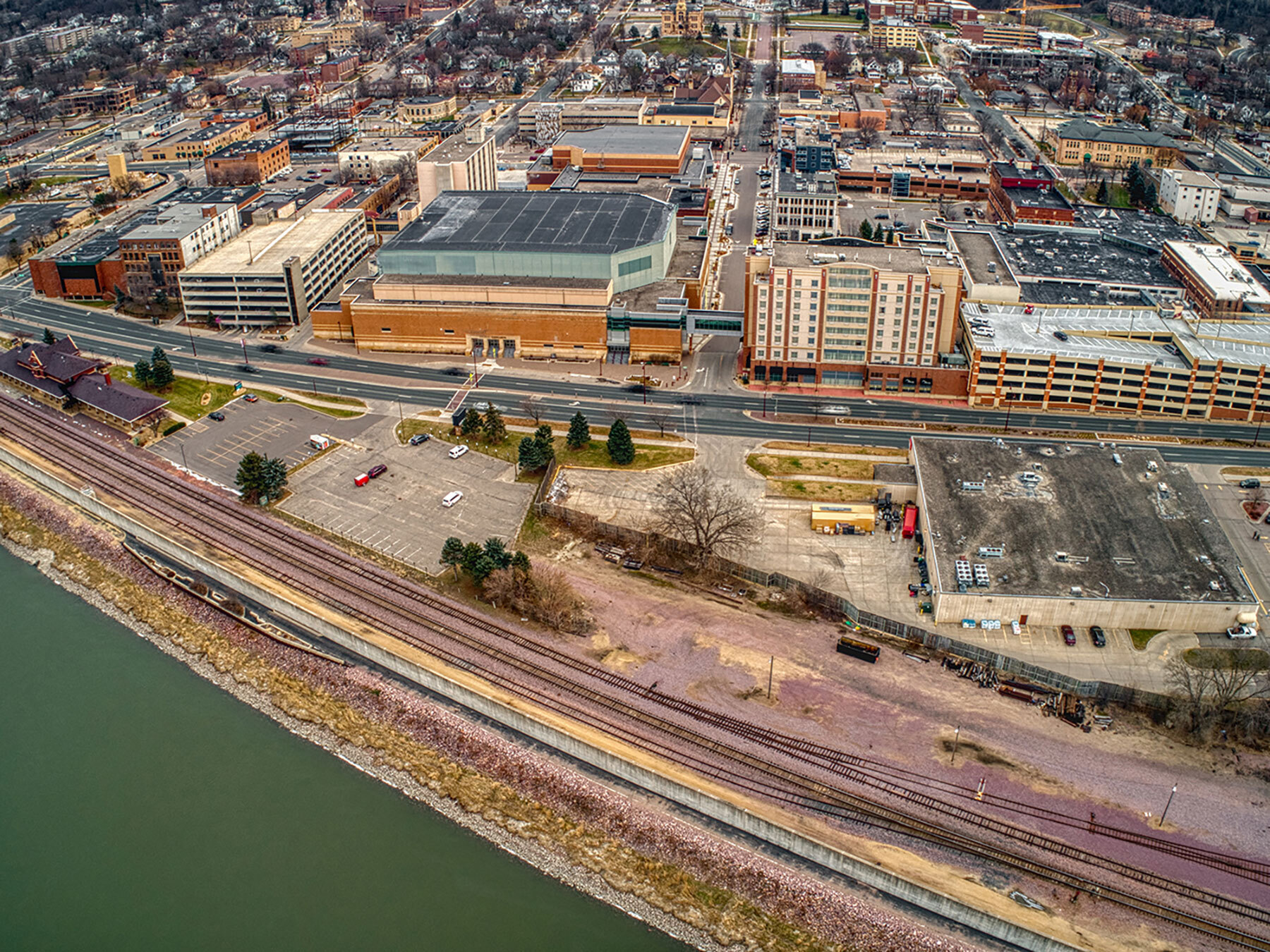 Mankato ( man-KAY-toh) is a city in Blue Earth, Nicollet, and Le Sueur counties in the state of Minnesota. The population was 39,309 according to the 2010 census, making it the fifth largest city in Minnesota outside the Minneapolis–Saint Paul metropolitan area. It is along a large bend of the Minnesota River at its confluence with the Blue Earth River. Mankato is across the Minnesota River from North Mankato. Mankato and North Mankato have a combined population of 57,487 according to the 2020 census estimates. It completely encompasses the town of Skyline. North of Mankato Regional Airport, a tiny non-contiguous part of the city lies within Le Sueur County. Most of the city is in Blue Earth County. Mankato is the larger of the two principal cities of the Mankato-North Mankato metropolitan area, which covers Blue Earth and Nicollet counties and had a combined population of 94,149 at the 2010 census. The 2020 Census estimate is 102,723. The U.S. Census Bureau designated Mankato a Metropolitan Statistical Area in November 2008.In 2017, Schools.com named Mankato the second-best small college town in the United States.