Wikipedia
Columbus is a city in and the county seat of Platte County, in the state of Nebraska in the Midwestern United States. The population was 22,111 at the 2010 census. 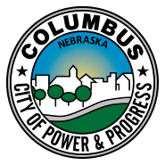 Find more things to do, itinerary ideas, updated news and events, and plan your perfect trip to Columbus
ADVERTISEMENT

Seward County is a county in the U.S. state of Nebraska. As of the 2010 United States Census, the population was 16,750. Its county seat is Seward. The county was formed in 1855, and was organized in 1867. It was originally called Greene County, and in 1862 it was renamed for William H. Seward, United States Secretary of State under Abraham Lincoln and Andrew Johnson. Seward County is part of the Lincoln, NE Metropolitan Statistical Area. In the Nebraska license plate system, Seward County is represented by the prefix 16 (it had the sixteenth-largest number of vehicles registered in the county when the license plate system was established in 1922).

Norfolk ( or ) is a city in Madison County, Nebraska, United States, 113 miles northwest of Omaha and 83 miles west of Sioux City at the intersection of U.S. Routes 81 and 275. The population was 24,210 at the 2010 census, making it the ninth-largest city in Nebraska. It is the principal city of the Norfolk Micropolitan Statistical Area.

Fremont is a city and county seat of Dodge County in the eastern portion of the state of Nebraska in the Midwestern United States. The population was 26,397 at the 2010 census. Fremont is the home of Midland University.