Wikipedia
North Platte is a city in and the county seat of Lincoln County, Nebraska, United States. It is located in the west-central part of the state, along Interstate 80, at the confluence of the North and South Platte Rivers forming the Platte River. The population was 23,390 at the 2020 census. North Platte is a railroad town; Union Pacific Railroad's large Bailey Yard is located within the city. Today, North Platte is served only by freight trains, but during World War II the city was famous for the North Platte Canteen. Tens of thousands of volunteers from North Platte and surrounding towns met the troop trains passing through North Platte, offering coffee, sandwiches, dessert, and hospitality to nearly seven million servicemen.North Platte is the principal city of the North Platte Micropolitan Statistical Area, which includes Lincoln, Logan, and McPherson counties. 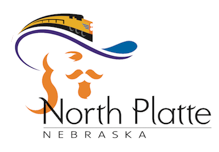 Find more things to do, itinerary ideas, updated news and events, and plan your perfect trip to North Platte
ADVERTISEMENT

Ogallala is a city in and the county seat of Keith County, Nebraska, United States. The population was 4,737 at the 2010 census. In the days of the Nebraska Territory, the city was a stop on the Pony Express and later along the transcontinental railroad. The Ogallala Aquifer was named after the city.

Nebraska is a state in the Midwestern region of the United States. It is bordered by South Dakota to the north; Iowa to the east and Missouri to the southeast, both across the Missouri River; Kansas to the south; Colorado to the southwest; and Wyoming to the west.

Red Willow County is a county located in the U.S. state of Nebraska. As of the 2010 United States Census, the population was 11,055. Its county seat is McCook.In the Nebraska license plate system, Red Willow County is represented by the prefix 48 (it had the forty-eighth-largest number of vehicles registered in the county when the license plate system was established in 1922).