Wikipedia
Sarpy County is a county located in the U.S. state of Nebraska. As of the 2020 United States Census, the population was 190,604, making it the third-most populous county in Nebraska. Its county seat is Papillion.Sarpy County is part of the Omaha-Council Bluffs, NE-IA Metropolitan Statistical Area. 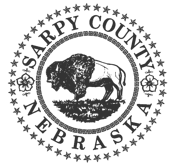 Cass County is a county in the U.S. state of Nebraska. As of the 2010 United States Census, the population was 25,241. Its county seat and largest city is Plattsmouth. The county was formed in 1855, and was named for General Lewis Cass.Cass County is included in the Omaha-Council Bluffs, NE-IA Metropolitan Statistical Area.In the Nebraska license plate system, Cass County is represented by the prefix 20 (it had the 20th-largest number of vehicles registered in the county when the license plate system was established in 1922). 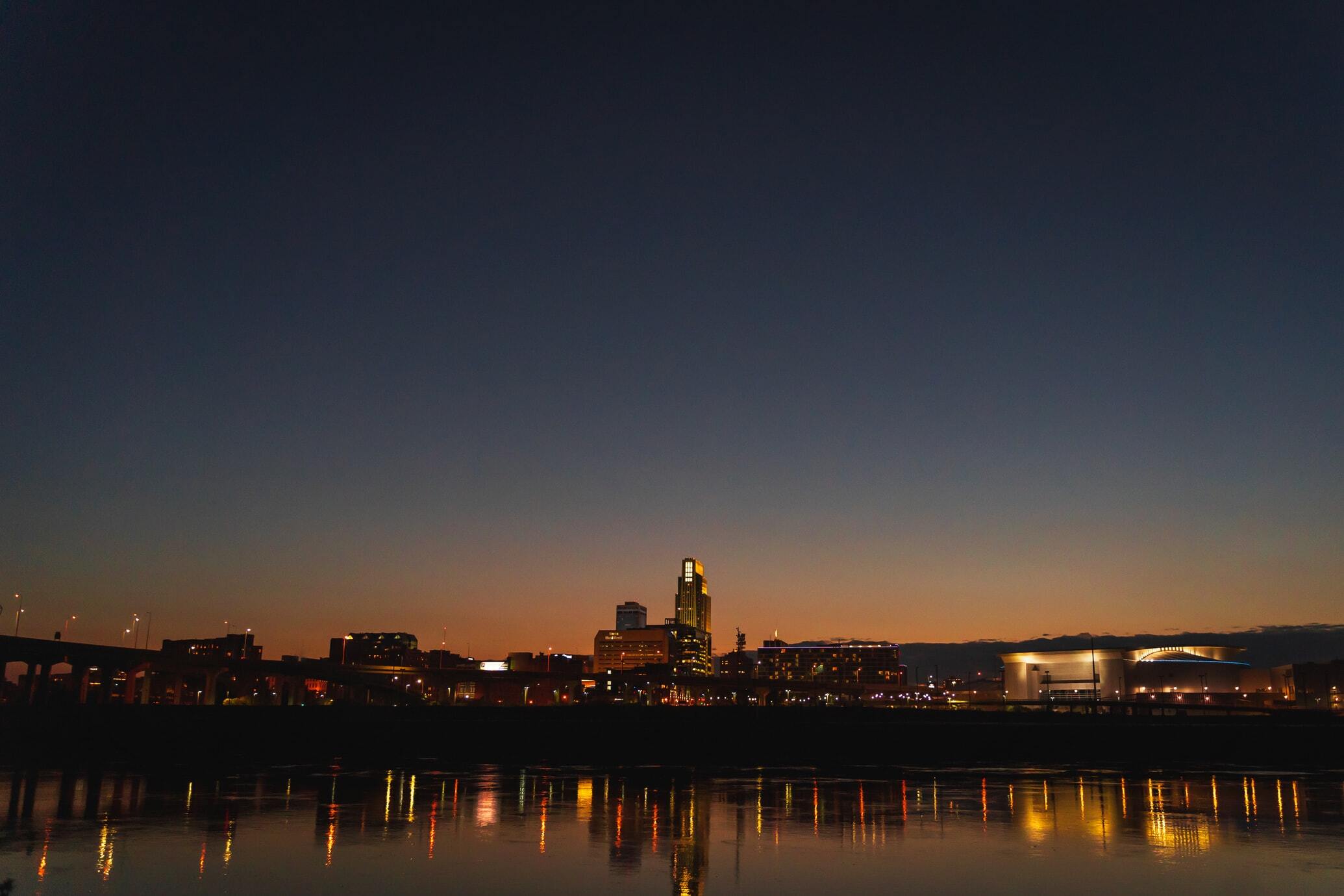 Omaha ( OH-mə-hah) is the largest city in the U.S. state of Nebraska and the county seat of Douglas County. Omaha is in the Midwestern United States on the Missouri River, about 10 miles (15 km) north of the mouth of the Platte River (also known as the Nebraska River). The nation's 39th-largest city, Omaha's 2020 census population was 486,051. It is the second-largest city in the Great Plains states (behind Oklahoma City), the second-largest city along the Missouri River (behind Kansas City, Missouri), and the seventh-largest city in the Midwest. Omaha is the anchor of the eight-county, bi-state Omaha-Council Bluffs metropolitan area. The Omaha Metropolitan Area is the 58th-largest in the United States, with a population of 967,604. The Omaha-Council Bluffs-Fremont, NE-IA Combined Statistical Area (CSA) encompasses the Omaha-Council Bluffs MSA as well as the separate Fremont, NE Micropolitan Statistical Area, which consists of the entirety of Dodge County, Nebraska. The total population of the CSA was 970,023 based on 2017 estimates. Approximately 1.3 million people reside within the Greater Omaha area, within a 50 mi (80 km) radius of Downtown Omaha. Omaha's pioneer period began in 1854, when the city was founded by speculators from neighboring Council Bluffs, Iowa. The city was founded along the Missouri River, and a crossing called Lone Tree Ferry earned the city its nickname, the "Gateway to the West". Omaha introduced this new West to the world in 1898, when it played host to the World's Fair, dubbed the Trans-Mississippi Exposition. During the 19th century, Omaha's central location in the United States spurred the city to become an important national transportation hub. Throughout the rest of the 19th century, the transportation and jobbing sectors were important in the city, along with its railroads and breweries. In the 20th century, the Omaha Stockyards, once the world's largest, and its meatpacking plants gained international prominence. Today, Omaha is the home to the headquarters of four Fortune 500 companies: mega-conglomerate Berkshire Hathaway; one of the world's largest construction companies, Kiewit Corporation; insurance and financial firm Mutual of Omaha; and the United States' largest railroad operator, Union Pacific Corporation. Berkshire Hathaway is headed by local investor Warren Buffett, one of the wealthiest people in the world, according to a decade's worth of Forbes rankings, some of which have ranked him as high as No. 1.Omaha is also the home to five Fortune 1000 headquarters: Green Plains Renewable Energy, TD Ameritrade, Valmont Industries, Werner Enterprises, and West Corporation. Also headquartered in Omaha are the following: First National Bank of Omaha, the largest privately held bank in the United States; three of the nation's ten largest architecture/engineering firms (DLR Group, HDR, Inc., and Leo A Daly); and the Gallup Organization, of Gallup Poll fame, and its riverfront Gallup University. Notable modern Omaha inventions include the following: the "pink hair curler" created at Omaha's Tip Top Products; Butter Brickle Ice Cream, and the Reuben sandwich, conceived by a chef at the then–Blackstone Hotel on 36th and Farnam Streets; cake mix, developed by Duncan Hines, then a division of Omaha's Nebraska Consolidated Mills, the forerunner to today's ConAgra Foods; center-pivot irrigation by the Omaha company now known as Valmont Corporation; Raisin Bran, developed by Omaha's Skinner Macaroni Co.; the first ski lift in the U.S., in 1936, by Omaha's Union Pacific Corp.; the Top 40 radio format, pioneered by Todd Storz, scion of Omaha's Storz Brewing Co. and head of Storz Broadcasting, and first used in the U.S. at Omaha's KOWH Radio; and the TV dinner, developed by Omaha's Carl A. Swanson. 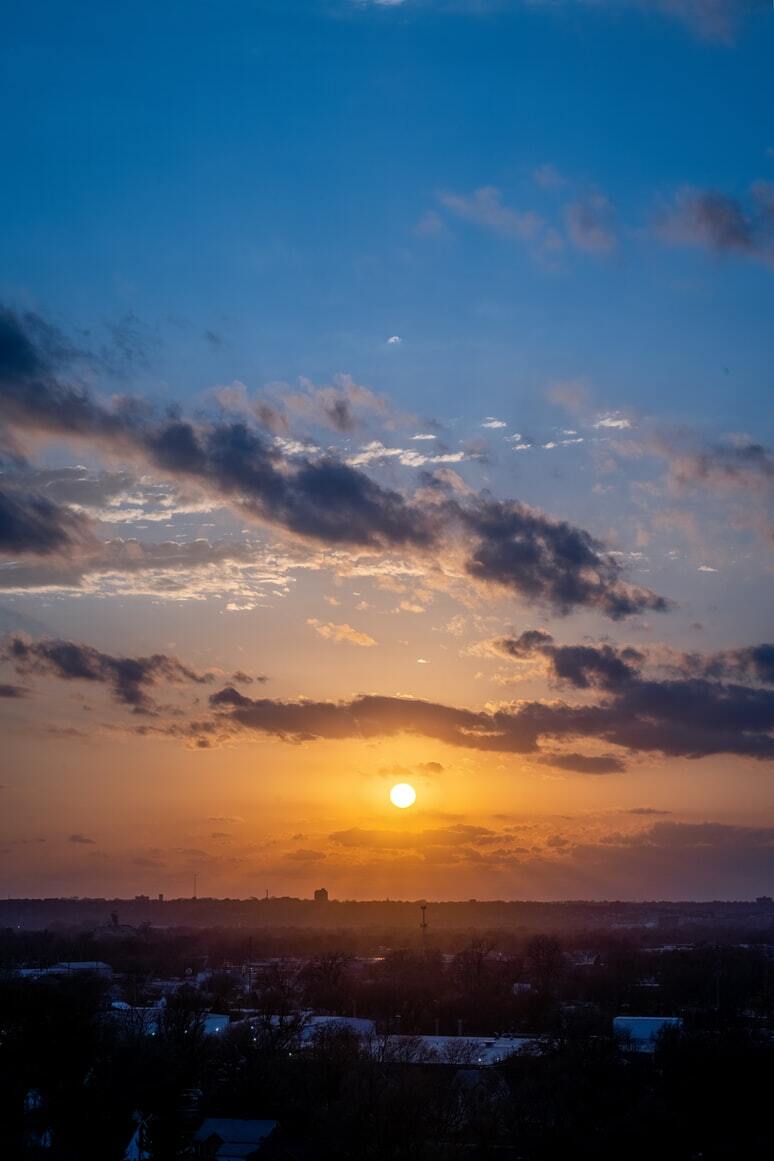 Council Bluffs is a city in and the county seat of Pottawattamie County, Iowa, United States. The city is the most populous in Southwest Iowa, and is a primary city of the Omaha-Council Bluffs Metropolitan Area. It is located on the east bank of the Missouri River, across from the city of Omaha, Nebraska. Council Bluffs was known, until at least 1853, as Kanesville. It was the historic starting point of the Mormon Trail. Kanesville is also the northernmost anchor town of the other emigrant trails, since there was a steam-powered boat to ferry their wagons, and cattle, across the Missouri River. In 1869, the first transcontinental railroad to California was connected to the existing U.S. rail network at Council Bluffs. Council Bluffs' population was 62,799 at the time of the 2020 census. The Omaha metropolitan region, of which Council Bluffs is a part, is the 59th largest in the United States, with an estimated population of 933,316 (2017).

Otoe County is a county in the U.S. state of Nebraska. As of the 2010 United States Census, the population was 15,740. Its county seat is Nebraska City. The county was formed in 1854, and was named tor the Otoe Indian tribe.In the Nebraska license plate system, Otoe County is represented by the prefix 11 (it had the 11th-largest number of vehicles registered in the county when the license plate system was established in 1922).