Wikipedia
Nashua is a city in southern New Hampshire, United States. As of the 2010 census, it had a population of 86,494, the second-largest in northern New England after nearby Manchester. As of 2019 the population had risen to an estimated 89,355. Along with Manchester, it is a seat of New Hampshire's most populous county, Hillsborough. Built around the now-departed textile industry, in recent decades Nashua's economy has shifted to the financial services, high tech, and defense industries as part of the economic recovery that started in the 1980s in the Greater Boston region. Major private employers in the city include Nashua Corporation, BAE Systems, and Teradyne. The city also hosts two major regional medical centers, Southern New Hampshire Medical Center and St. Joseph Hospital. The South Nashua commercial district is a major regional shopping destination, lying directly on the Massachusetts border and taking advantage of New Hampshire's lack of sales tax. It is anchored by the Pheasant Lane Mall and numerous smaller shopping centers. It was twice named "Best Place to Live in America" in annual surveys by Money magazine. It is the only city to get the No. 1 ranking on two occasions—in 1987 and 1998. 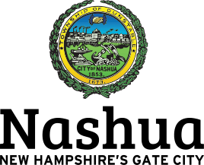 Find more things to do, itinerary ideas, updated news and events, and plan your perfect trip to Nashua
ADVERTISEMENT