Wikipedia
Saratoga Springs is a city in Saratoga County, New York, United States. The population was 26,586 at the 2010 census. The name reflects the presence of mineral springs in the area, which has made Saratoga a popular resort destination for over 200 years. It is home to the Saratoga Race Course, a thoroughbred horse racing track, and Saratoga Performing Arts Center, a music and dance venue. The city's official slogan is "Health, History, and Horses."

Find more things to do, itinerary ideas, updated news and events, and plan your perfect trip to Saratoga Springs
ADVERTISEMENT

Glens Falls is a city in Warren County, New York, United States and is the central city of the Glens Falls Metropolitan Statistical Area. The population was 14,700 at the 2010 census. The name was given by Colonel Johannes Glen, the falls referring to a large waterfall in the Hudson River at the southern end of the city.Glens Falls is a city in the southeast corner of Warren County, surrounded by the town of Queensbury to the north, east, and west, and by the Hudson River and Saratoga County to the south. Glens Falls is known as "Hometown U.S.A.", a title Look Magazine gave it in 1944. The city has also referred to itself as the "Empire City." 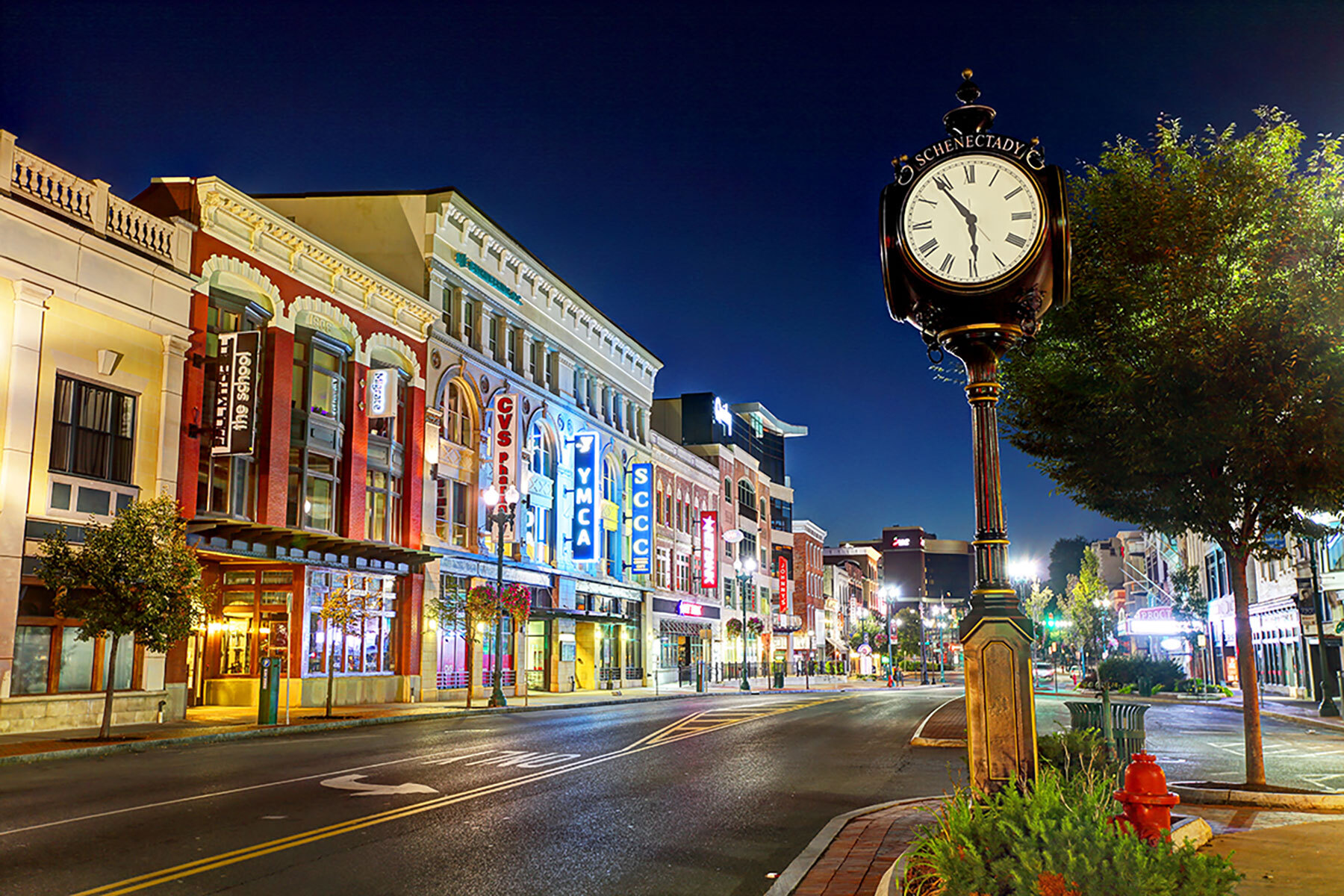 Schenectady () is a city in Schenectady County, New York, United States, of which it is the county seat. As of the 2010 census, the city had a population of 66,135, making it the state's ninth-largest city by population. The name "Schenectady" is derived from the Mohawk word skahnéhtati, meaning "beyond the pines". Schenectady was founded on the south side of the Mohawk River by Dutch colonists in the 17th century, many of whom were from the Albany area. The Dutch transferred the name "Skahnéhtati" which is in reality the Mohawk name for Albany, New York. These Dutch were prohibited from the fur trade by the Albany monopoly, which kept its control after the English takeover in 1664. Residents of the new village developed farms on strip plots along the river. Connected to the west via the Mohawk River and Erie Canal, Schenectady developed rapidly in the 19th century as part of the Mohawk Valley trade, manufacturing, and transportation corridor. By 1824, more people worked in manufacturing than agriculture or trade, and the city had a cotton mill, processing cotton from the Deep South. Numerous mills in New York had such ties with the South. Through the 19th century, nationally influential companies and industries developed in Schenectady, including General Electric and American Locomotive Company (ALCO), which were powers into the mid-20th century. Schenectady was part of emerging technologies, with GE collaborating in the production of nuclear-powered submarines and, in the 21st century, working on other forms of renewable energy. Schenectady is in eastern New York, near the confluence of the Mohawk and Hudson rivers. It is in the same metropolitan area as the state capital, Albany, which is about 15 miles (24 km) southeast.