Wikipedia
Schenectady () is a city in Schenectady County, New York, United States, of which it is the county seat. As of the 2010 census, the city had a population of 66,135, making it the state's ninth-largest city by population. The name "Schenectady" is derived from the Mohawk word skahnéhtati, meaning "beyond the pines". Schenectady was founded on the south side of the Mohawk River by Dutch colonists in the 17th century, many of whom were from the Albany area. The Dutch transferred the name "Skahnéhtati" which is in reality the Mohawk name for Albany, New York. These Dutch were prohibited from the fur trade by the Albany monopoly, which kept its control after the English takeover in 1664. Residents of the new village developed farms on strip plots along the river. Connected to the west via the Mohawk River and Erie Canal, Schenectady developed rapidly in the 19th century as part of the Mohawk Valley trade, manufacturing, and transportation corridor. By 1824, more people worked in manufacturing than agriculture or trade, and the city had a cotton mill, processing cotton from the Deep South. Numerous mills in New York had such ties with the South. Through the 19th century, nationally influential companies and industries developed in Schenectady, including General Electric and American Locomotive Company (ALCO), which were powers into the mid-20th century. Schenectady was part of emerging technologies, with GE collaborating in the production of nuclear-powered submarines and, in the 21st century, working on other forms of renewable energy. Schenectady is in eastern New York, near the confluence of the Mohawk and Hudson rivers. It is in the same metropolitan area as the state capital, Albany, which is about 15 miles (24 km) southeast.
Find more things to do, itinerary ideas, updated news and events, and plan your perfect trip to Schenectady
ADVERTISEMENT
Omaze 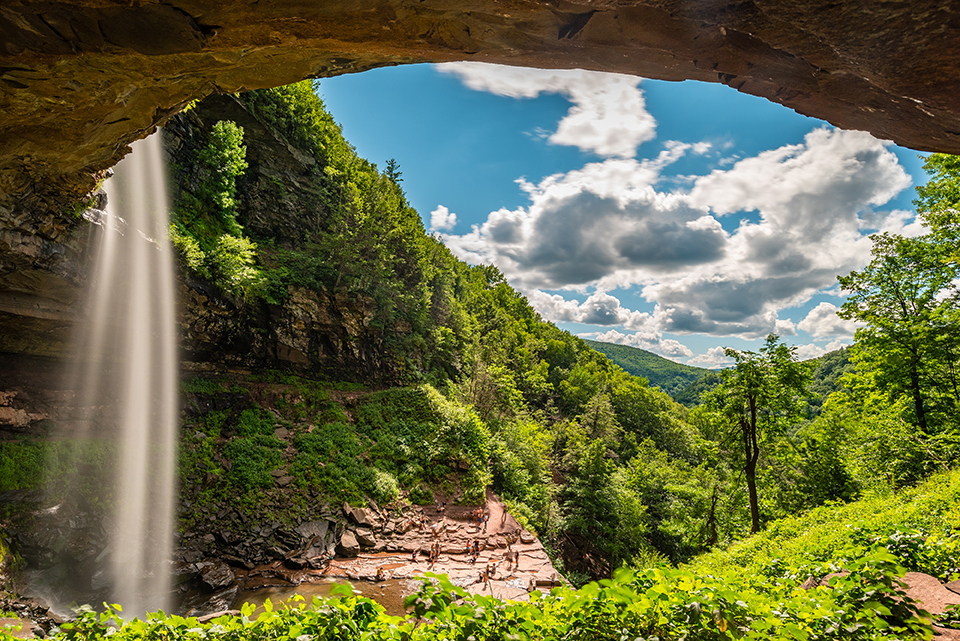 Upstate New York is a geographic region consisting of the portion of New York State lying north of the New York City metropolitan area. Although the precise boundary is debated, Upstate New York excludes New York City and Long Island, and most definitions of the region exclude all or part of Westchester and Rockland counties. Major cities across Upstate New York from east to west include Albany, Utica, Binghamton, Syracuse, Rochester, and Buffalo.Before the European colonization of the United States, Upstate New York was predominantly populated by several Native American tribes. It was home to the Iroquois Confederacy, an indigenous confederation of six tribes, known as the Six Nations. Henry Hudson made the first recorded European exploration of the region in 1609, and the Dutch erected Fort Orange (present-day Albany) in 1624, which was the first permanent settlement in New York. The region saw many battles during the American Revolutionary War, with the Iroquois split between supporters of the loyalists and supporters of the revolutionaries. After the war ended, the 1784 Treaty of Fort Stanwix kicked off a series of treaties and purchases that saw the Iroquois cede the vast majority of their land in Upstate New York to the newly-formed United States.The 1825 opening of the Erie Canal across Upstate New York transformed the economy of the region and the state. The canal greatly eased the movement of goods across the upper Midwest, the cities along the Great Lakes, Upstate New York, and the port of New York City. As a result, Upstate New York became a hotbed for manufacturing during the Second Industrial Revolution, giving birth to such firms as General Electric, IBM, Kodak, and Xerox. The rapid industrialization led to a large influx of immigrants seeking jobs at factories across the region. Since the mid-20th century, American de-industrialization has contributed to economic and population decline, and the region is largely considered part of the Rust Belt. There are a wide variety of land uses in the region, including urban, suburban, forested preserve, and rural landscapes. Due to its vast areas of rural land, Upstate also supports a strong agricultural industry, and is notable for its dairy, maple syrup, and fruit production (especially apples), as well as winemaking. Upstate New York includes a number of notable waterways, with the Susquehanna, Allegheny, Delaware, and Hudson Rivers all originating in the region, and is bordered on its northern and western edges by the Saint Lawrence River and the Great Lakes. As a result, the region is a significant source of hydroelectric power (going back to the creation of the world's first hydroelectric dam by Nikola Tesla at Niagara Falls) and drinking water (with multiple reservoirs serving New York City). Upstate New York is home to numerous popular tourist and recreational destinations, including Niagara Falls, the Adirondack and Catskill Mountains, the Thousand Islands, the National Baseball Hall of Fame, and the Finger Lakes. 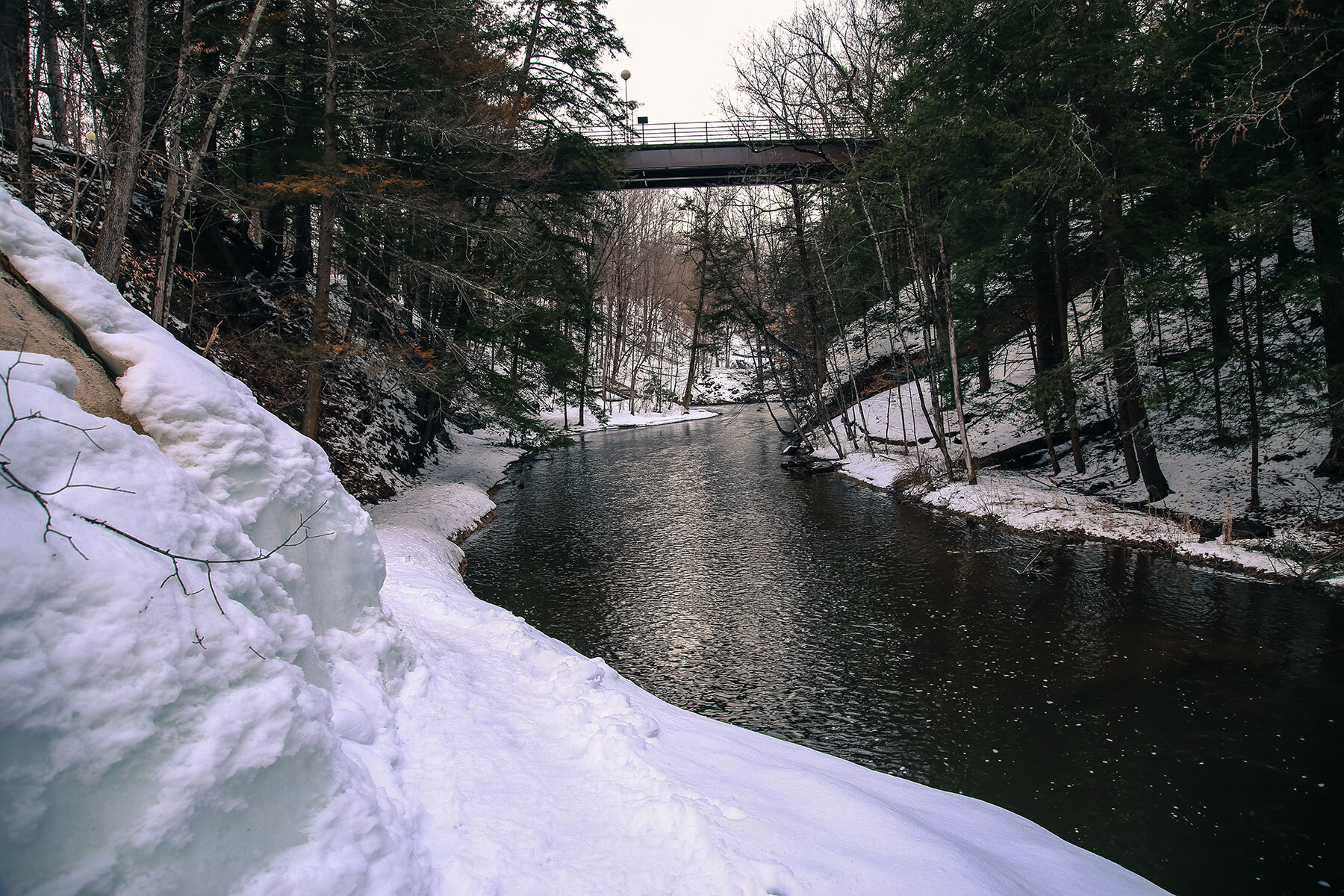 Saratoga Springs is a city in Saratoga County, New York, United States. The population was 26,586 at the 2010 census. The name reflects the presence of mineral springs in the area, which has made Saratoga a popular resort destination for over 200 years. It is home to the Saratoga Race Course, a thoroughbred horse racing track, and Saratoga Performing Arts Center, a music and dance venue. The city's official slogan is "Health, History, and Horses."