Wikipedia
Granville County is a county located on the northern border of the U.S. state of North Carolina. As of the 2010 Census, the population was 59,916. Its county seat is Oxford.Granville County encompasses Oxford, NC Micropolitan Statistical Area, which is also included in the Raleigh-Durham-Chapel Hill, NC Combined Statistical Area. The county has access to Kerr Lake and Falls Lake and is part of the Roanoke, Tar and Neuse River watersheds.
Find more things to do, itinerary ideas, updated news and events, and plan your perfect trip to Granville County
ADVERTISEMENT
Omaze 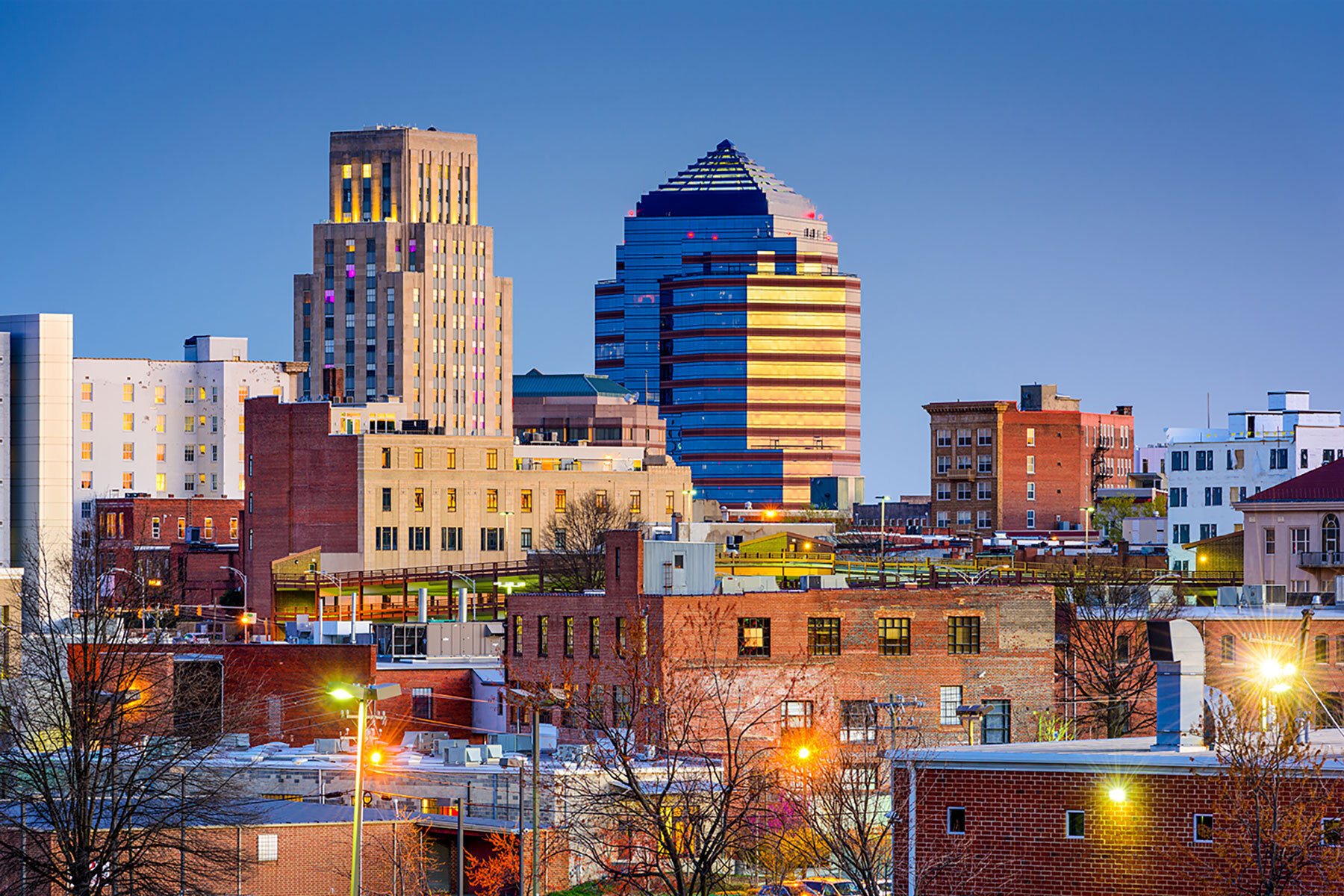 Durham ( DURR-əm), also known as the "Bull City", is a city in and the county seat of Durham County in the U.S. state of North Carolina. Small portions of the city limits extend into Orange County and Wake County. With a population of 283,506 in the 2020 Census, Durham is the 4th-most populous city in North Carolina, and the 75th-most populous city in the United States. The city is located in the east-central part of the Piedmont region along the Eno River. Durham is the core of the four-county Durham-Chapel Hill Metropolitan Area, which has a population of 644,367 as of U.S. Census 2019 Population Estimates. The Office of Management and Budget also includes Durham as a part of the Raleigh-Durham-Cary Combined Statistical Area, commonly known as the Research Triangle, which has a population of 2,079,687 as of U.S. Census 2019 Population Estimates.A railway depot was established on land donated by Bartlett S. Durham in 1849, the namesake of the city. Following the American Civil War, the community of Durham Station expanded rapidly, in part due to the tobacco industry. The town was incorporated by act of the North Carolina General Assembly, in April 1869. The establishment of Durham County was ratified by the General Assembly 12 years later, in 1881. It became known as the founding place and headquarters of the American Tobacco Company. Textile and electric power industries also played an important role. While these industries have declined, Durham underwent revitalization and population growth to become an educational, medical, and research center.Durham is home to several recognized institutions of higher education, most notably Duke University and North Carolina Central University. Durham is also a national leader in health-related activities, which are focused on the Duke University Hospital and many private companies. Duke and its Duke University Health System are the largest employers in the city. North Carolina Central University is a historically black university that is part of the University of North Carolina system. Together, the two universities make Durham one of the vertices of the Research Triangle area; central to this is the Research Triangle Park south of Durham, which encompasses an area of 11 square miles and is devoted to research facilities. On the Duke University campus are the neo-Gothic Duke Chapel and the Nasher Museum of Art. Other notable sites in the city include the Museum of Life and Science, Durham Performing Arts Center, Carolina Theatre, and Duke Homestead and Tobacco Factory. Bennett Place commemorates the location where Joseph E. Johnston surrendered to William T. Sherman in the American Civil War. The city is served, along with Raleigh, by Raleigh–Durham International Airport.

Mecklenburg County is a county in the Commonwealth of Virginia. As of the 2010 census, the population was 32,727. Its county seat is Boydton.

The town of Hillsborough is the county seat of Orange County, North Carolina and is located along the Eno River. The population was 6,087 in 2010.Its name was unofficially shortened to "Hillsboro" during the 19th century. In the late 1960s, residents voted to change the name back to its original, historic spelling.