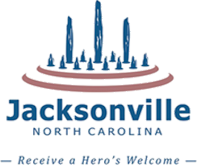 Find more things to do, itinerary ideas, updated news and events, and plan your perfect trip to Jacksonville
ADVERTISEMENT

Pender County is a county located in the U.S. state of North Carolina. As of the 2010 census, the population was 52,217. Its county seat is Burgaw. Pender County is part of the Wilmington, NC Metropolitan Statistical Area.