North Dakota is a U.S. state in the upper Midwest of the country. It is named after the indigenous Lakota and Dakota Sioux, who historically dominated the territory and remain a large community. North Dakota is bordered by the Canadian provinces of Saskatchewan and Manitoba to the north and by the U.S. states of Minnesota to the east, South Dakota to the south, and Montana to the west. It is believed to host the geographic center of North America, situated in the town of Rugby, and is home to the tallest man-made structure in the Western Hemisphere, the KVLY-TV mast.

Of the 50 states, North Dakota is the nineteenth largest in area, but with a population of less than 780,000 as of 2020, it is the fourth least populous and fourth most sparsely populated. The capital is Bismarck while the largest city is Fargo, which accounts for nearly a fifth of the state's population; both cities are among the fastest-growing in the U.S., although half of all residents live in rural areas. The state is part of the Great Plains region, with broad prairies and farmland being defining characteristics.

What is now North Dakota was inhabited for thousands of years by various Native American tribes, including the Mandan, Hidatsa, and Arikara along the Missouri River; the Ojibwa and Cree in the northeast; and several Sioux groups (the Assiniboin, Yankton, Wahpeton, and Teton) across the rest of the state. European explorers and traders first arrived in the early 18th century, mostly in pursuit of lucrative furs. The United States acquired the region in the early 19th century, gradually settling it amid growing resistance by increasingly displaced natives.

The Dakota Territory, established in 1861, became central to American pioneers, with the Homestead Act of 1862 precipitating significant population growth and development. The traditional fur trade declined in favor of farming, particularly of wheat; the subsequent Dakota Boom from 1878 to 1886 saw giant farms stretched across the rolling prairies, with the territory becoming a key breadbasket and regional economic engine. The Northern Pacific and Great Northern railway companies competed for access to lucrative grain centers; farmers banded together in political and socioeconomic alliances that were core to the broader Populist Movement of the Midwest.

North Dakota was admitted to the Union on November 2, 1889, along with neighboring South Dakota, as the 39th and 40th states. President Benjamin Harrison shuffled the statehood papers before signing them so that no one could tell which became a state first; consequently, the two states are officially numbered in alphabetical order. Statehood marked the gradual winding down of the pioneer period, with the state fully settled by around 1920. Subsequent decades saw a rise in radical agrarian movements and economic cooperatives, of which one legacy is the Bank of North Dakota, the only state-run bank in the U.S.

Beginning in the mid 20th century, North Dakota's rich natural resources became more critical to economic development; into the 21st century, oil extraction from the Bakken formation in the northwest has played a major role in the state's prosperity. Such development has led to unprecedented population growth and reduced unemployment, with North Dakota having the second lowest unemployment rate in the U.S. (after Hawaii). It subsequently ranks highly in metrics such as healthcare, quality of life, and public safety.

Find more things to do, itinerary ideas, updated news and events, and plan your perfect trip to State of North Dakota
ADVERTISEMENT
Omaze

Minot ( (listen) MY-not) is a city in and the county seat of Ward County, North Dakota, United States, in the state's north-central region. It is most widely known for the Air Force base approximately 15 miles (24 km) north of the city. With a population of 40,888 at the 2010 census, Minot is the state's fourth-largest city and a trading center for a large part of northern North Dakota, southwestern Manitoba, and southeastern Saskatchewan. Founded in 1886 during the construction of James J. Hill's Great Northern Railway, Minot is also known as "Magic City", commemorating its remarkable growth in size over a short time. Minot is the principal city of the Minot micropolitan area, a micropolitan area that covers McHenry, Renville, and Ward counties and had a combined population of 69,540 at the 2010 census. In 2020, it was estimated that the population of the Minot Micropolitan Area was 76,444. 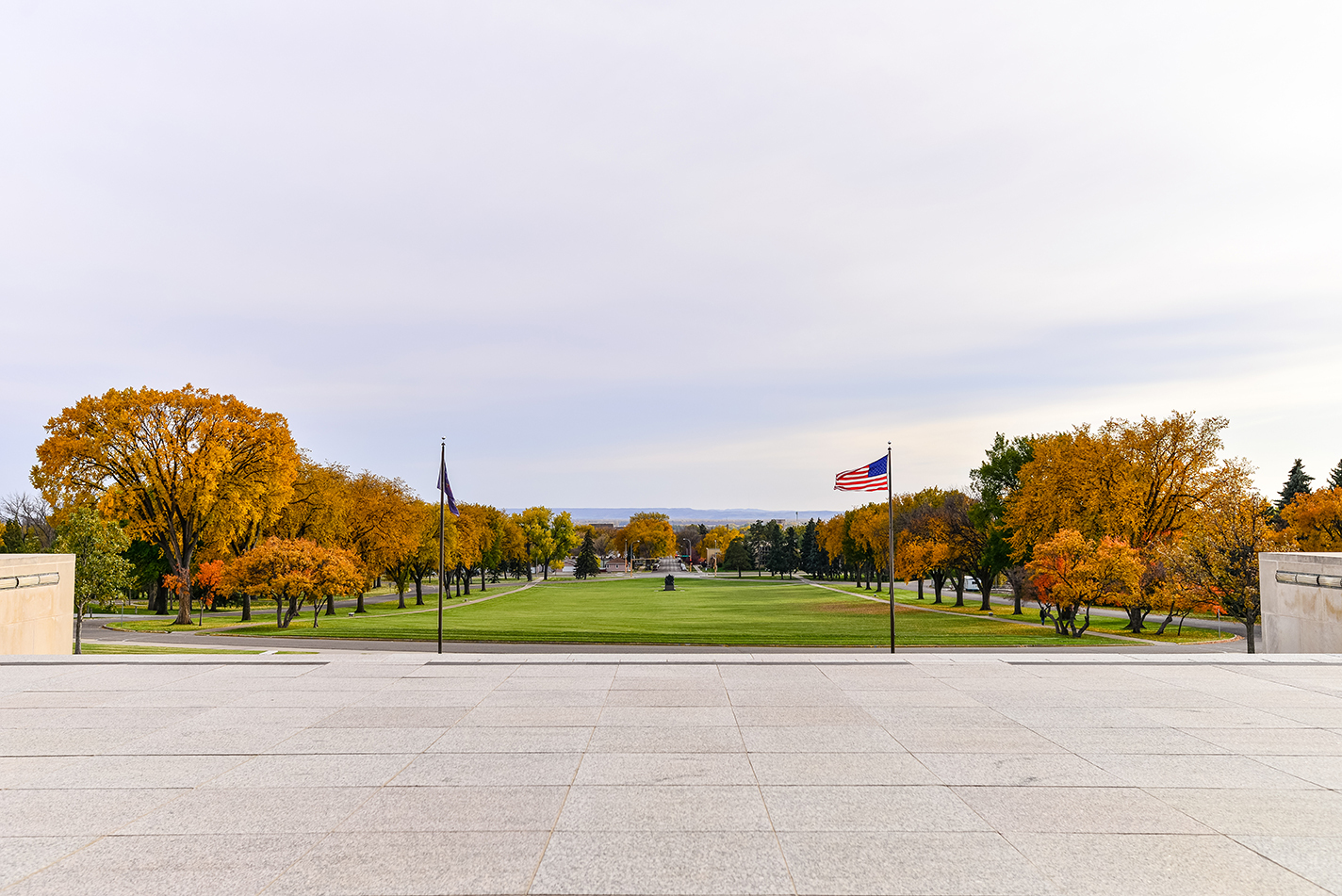 Bismarck () is the capital of the U.S. state of North Dakota and the county seat of Burleigh County. It is the second-most populous city in North Dakota after Fargo. The city's population was estimated in 2020 at 74,018, while its metropolitan population was 129,641. In 2019, Forbes magazine ranked Bismarck as the seventh fastest-growing small city in the United States.Bismarck was founded by European-Americans in 1872 on the east bank of the Missouri River. It has been North Dakota's capital city since 1889, when the state was created from the Dakota Territory and admitted to the Union. Bismarck is across the river from Mandan, named after a historic Native American tribe of the area. The two cities make up the core of the Bismarck–Mandan Metropolitan Statistical Area. The North Dakota State Capitol, the tallest building in the state, is in central Bismarck. The state government employs more than 4,600 in the city. As a hub of retail and health care, Bismarck is the economic center of south-central North Dakota and north-central South Dakota.