Wikipedia
Muskogee () is the eleventh-largest city in Oklahoma and the county seat of Muskogee County. Home to Bacone College, it lies approximately 48 miles (77 km) southeast of Tulsa. The population of the city was 39,223 as of the 2010 census, a 2.4 percent increase from 38,310 in 2000. 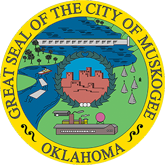 Find more things to do, itinerary ideas, updated news and events, and plan your perfect trip to Muskogee
ADVERTISEMENT

Tahlequah ( TAL-ə-kwah; Cherokee: ᏓᎵᏆ, da-li-gwa) is a city in Cherokee County, Oklahoma located at the foothills of the Ozark Mountains. It is part of the Green Country region of Oklahoma and was established as a capital of the 19th-century Cherokee Nation in 1839, as part of the new settlement in Indian Territory after the Cherokee Native Americans were forced west from the American Southeast on the Trail of Tears. The city's population was 15,753 at the 2010 census, an increase of 8.96 percent over the figure of 14,458 reported in 2000. The 2019 estimated population is 16,819.Tahlequah is the capital of the two federally recognized Cherokee tribes based in Oklahoma, the modern Cherokee Nation and the United Keetoowah Band of Cherokee Indians. Tahlequah is also the county seat of Cherokee County. The main campus of Northeastern State University is located in the city. 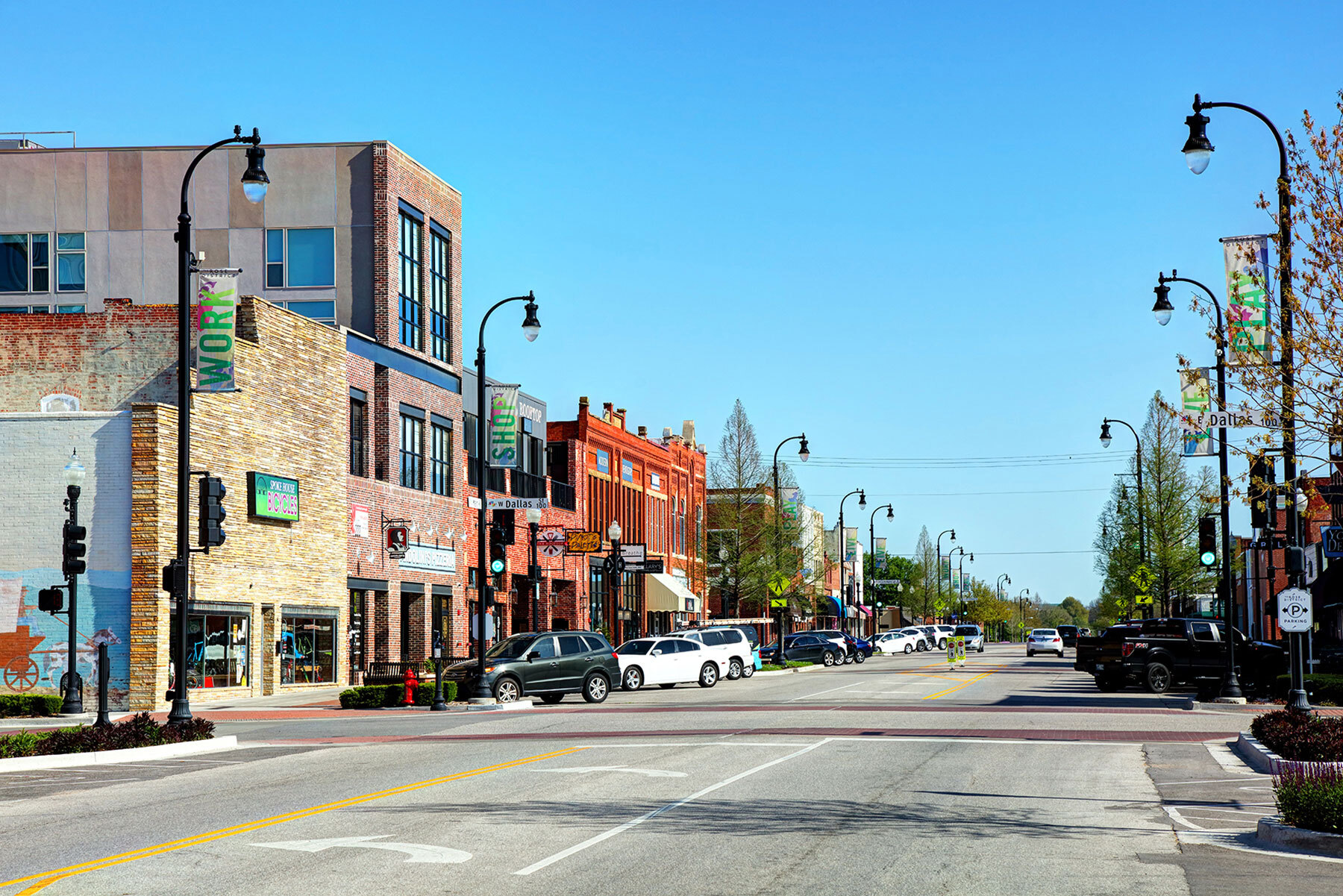 Broken Arrow is a city located in the northeastern part of the U.S. state of Oklahoma, primarily in Tulsa County, with a portion in western Wagoner County. It is the largest suburb of Tulsa. According to the 2010 census, Broken Arrow has a population of 98,850 residents and is the fourth-largest city in the state. However, a July 2019 estimate reported that the population of the city is just under 112,000, making it the 280th-largest city in the United States. The city is part of the Tulsa Metropolitan Area, which has a population of 961,561 residents. The Missouri–Kansas–Texas Railroad sold lots for the town site in 1902 and company secretary William S. Fears named it Broken Arrow. The city was named for a Creek community settled by Creek Indians who had been forced to relocate from Alabama to Oklahoma along the Trail of Tears. Although Broken Arrow was originally an agricultural community, its current economy is diverse. The city has the third-largest concentration of manufacturers in the state. 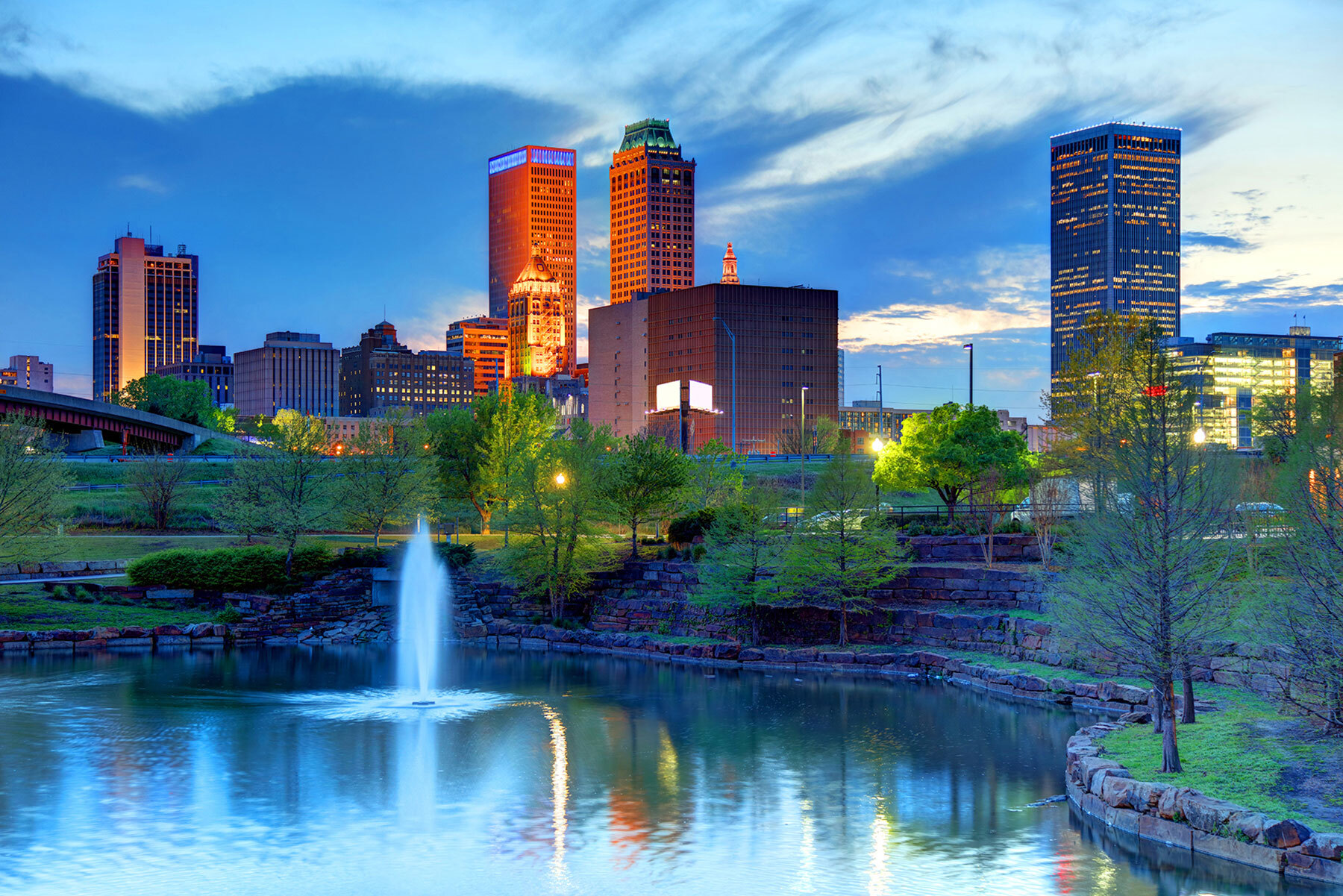 Tulsa is the second-largest city in the state of Oklahoma and 47th-most populous city in the United States. The population was 413,066 as of the 2020 census. It is the principal municipality of the Tulsa Metropolitan Area, a region with 1,015,331 residents. The city serves as the county seat of Tulsa County, the most densely populated county in Oklahoma, with urban development extending into Osage, Rogers, and Wagoner counties.Tulsa was settled between 1828 and 1836 by the Lochapoka Band of Creek Native American tribe and most of Tulsa is still part of the territory of the Muscogee (Creek) Nation.Historically, a robust energy sector fueled Tulsa's economy; however, today the city has diversified and leading sectors include finance, aviation, telecommunications and technology. Two institutions of higher education within the city have sports teams at the NCAA Division I level, Oral Roberts University and the University of Tulsa. For most of the 20th century, the city held the nickname "Oil Capital of the World" and played a major role as one of the most important hubs for the American oil industry.It is situated on the Arkansas River between the Osage Hills and the foothills of the Ozark Mountains in northeast Oklahoma, a region of the state known as "Green Country". Considered the cultural and arts center of Oklahoma, Tulsa houses two art museums, full-time professional opera and ballet companies, and one of the nation's largest concentrations of art deco architecture. The city has been called one of America's most livable large cities by Partners for Livable Communities, Forbes, and Relocate America. FDi Magazine in 2009 ranked the city no. 8 in the U.S. for cities of the future. In 2012, Tulsa was ranked among the top 50 best cities in the United States by BusinessWeek. People from Tulsa are called "Tulsans".