Wikipedia
Corvallis is a city and the county seat of Benton County in central western Oregon, United States. It is the principal city of the Corvallis, Oregon Metropolitan Statistical Area, which encompasses all of Benton County. As of the 2010 United States Census, the population was 54,462. Its population was estimated by the Portland Research Center to be 58,856 in 2019. Corvallis is the location of Oregon State University and Good Samaritan Regional Medical Center. Corvallis is the westernmost city in the contiguous 48 states with a population larger than 50,000.
Find more things to do, itinerary ideas, updated news and events, and plan your perfect trip to Corvallis
ADVERTISEMENT
Omaze 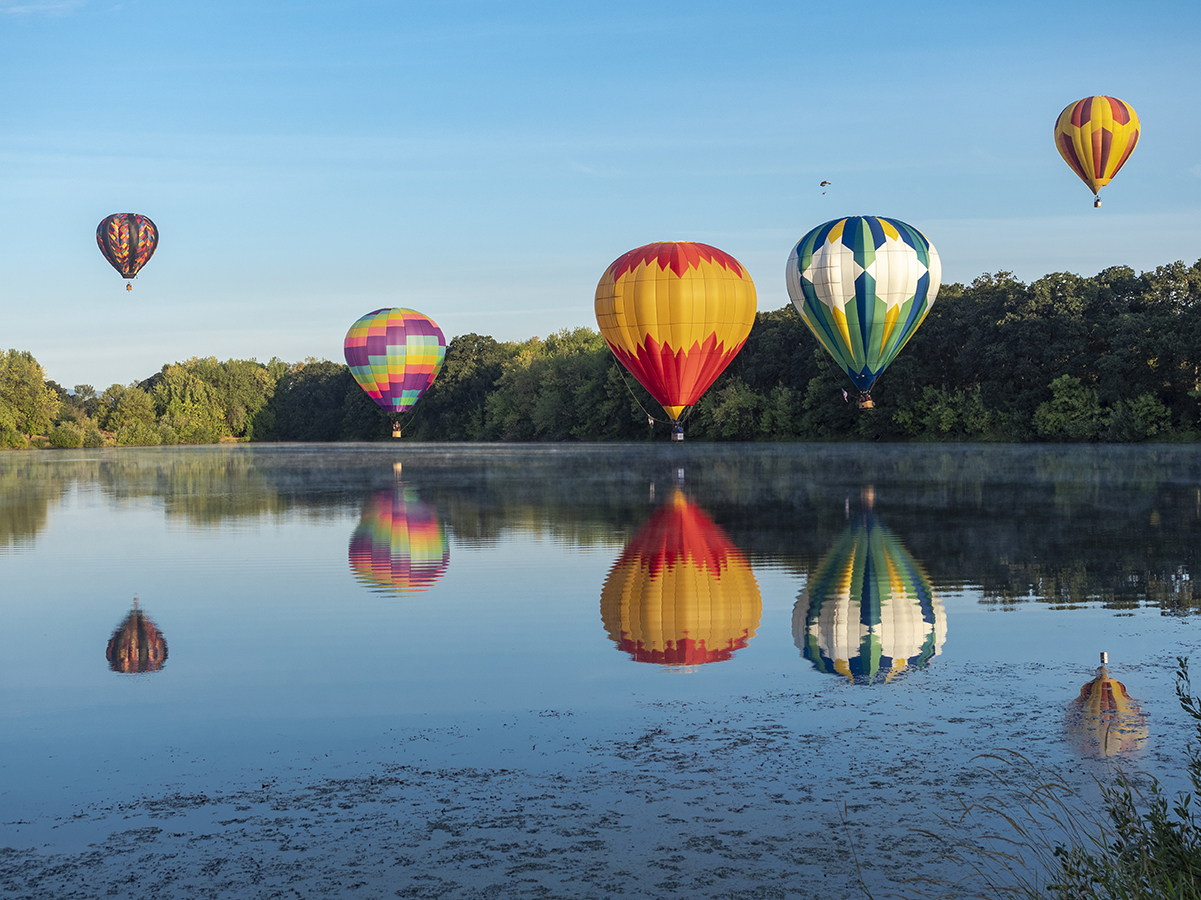 Albany is the county seat of Linn County, and the 11th largest city in the U.S. state of Oregon. Albany is located in the Willamette Valley at the confluence of the Calapooia River and the Willamette River in both Linn and Benton counties, just east of Corvallis and south of Salem. It is predominantly a farming and manufacturing city that settlers founded around 1848. As of the 2020 United States Census, the population of Albany was 56,472.Albany has a home rule charter, a council–manager government, and a full-time unelected city manager. The city provides the population with access to over 30 parks and trails, a senior center, and many cultural events such as the Northwest Art & Air Festival, River Rhythms, Summer Sounds and Movies at Monteith. In addition to farming and manufacturing, the city's economy depends on retail trade, health care, and social assistance. In recent years the city has worked to revive the downtown shopping area, with help from the Central Albany Revitalization Area. 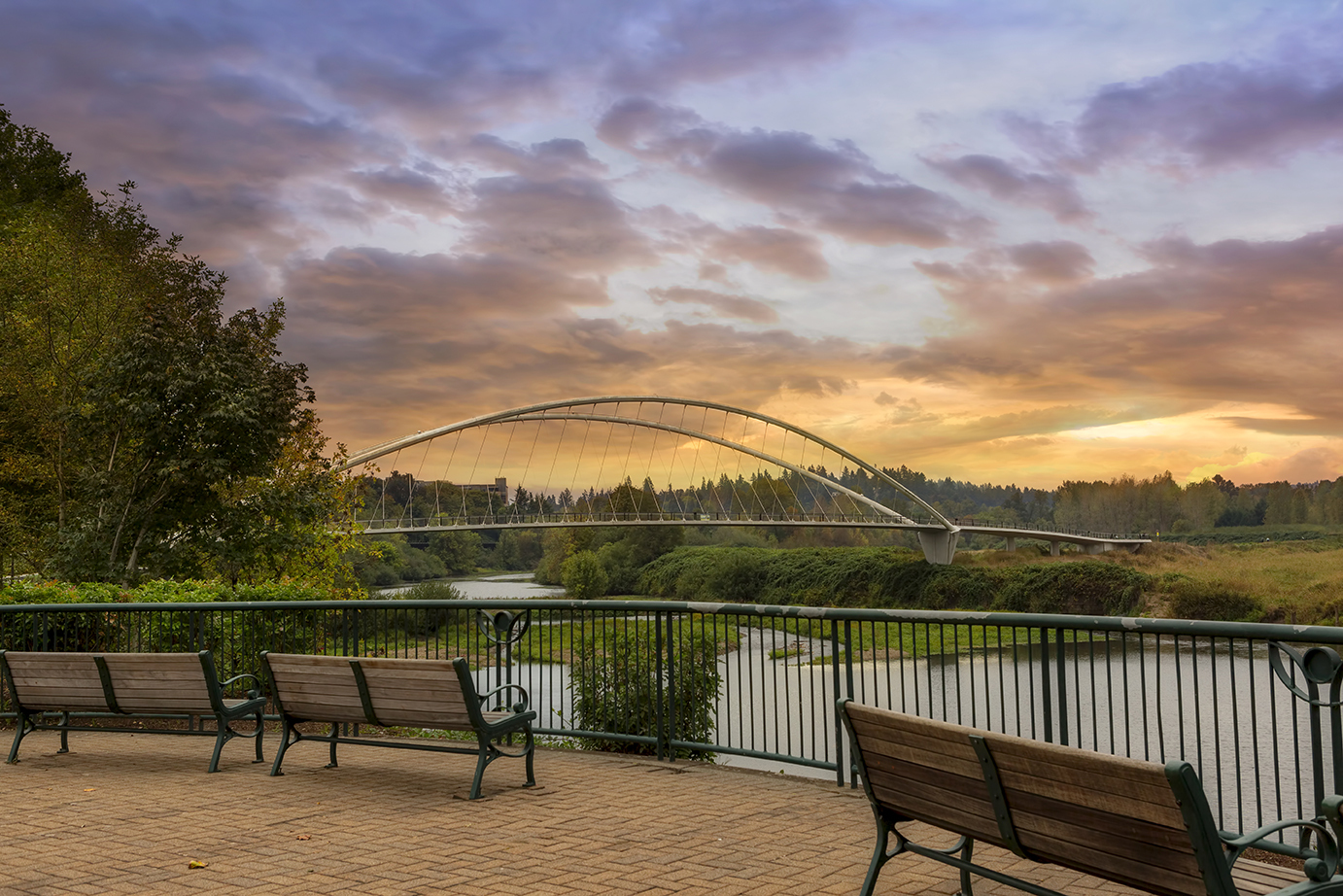 Salem is the capital of the U.S. state of Oregon, and the county seat of Marion County. It is located in the center of the Willamette Valley alongside the Willamette River, which runs north through the city. The river forms the boundary between Marion and Polk counties, and the city neighborhood of West Salem is in Polk County. Salem was founded in 1842, became the capital of the Oregon Territory in 1851, and was incorporated in 1857. Salem had a population of 174,365 in 2019, making it the second-largest city in the state after Portland. Salem is a little under an hour's driving distance away from Portland. Salem is the principal city of the Salem Metropolitan Statistical Area, a metropolitan area that covers Marion and Polk counties and had a combined population of 390,738 at the 2010 census. A 2019 estimate placed the metropolitan population at 400,408, the state's second largest. This area is, in turn, part of the Portland-Vancouver-Salem Combined Statistical Area. The campuses of Willamette University and Chemeketa Community College lie within the city limits of Salem, and the campus of Corban University is just outside the city in unincorporated Marion County. The State of Oregon is the largest public employer in the city, and Salem Health is the largest private employer. Transportation includes public transit from Cherriots (legally known as Salem Area Mass Transit District), Amtrak service, and non-commercial air travel at McNary Field. Major roads include Interstate 5, Oregon Route 99E, and Oregon Route 22, which connects West Salem across the Willamette River via the Marion Street and Center Street bridges. 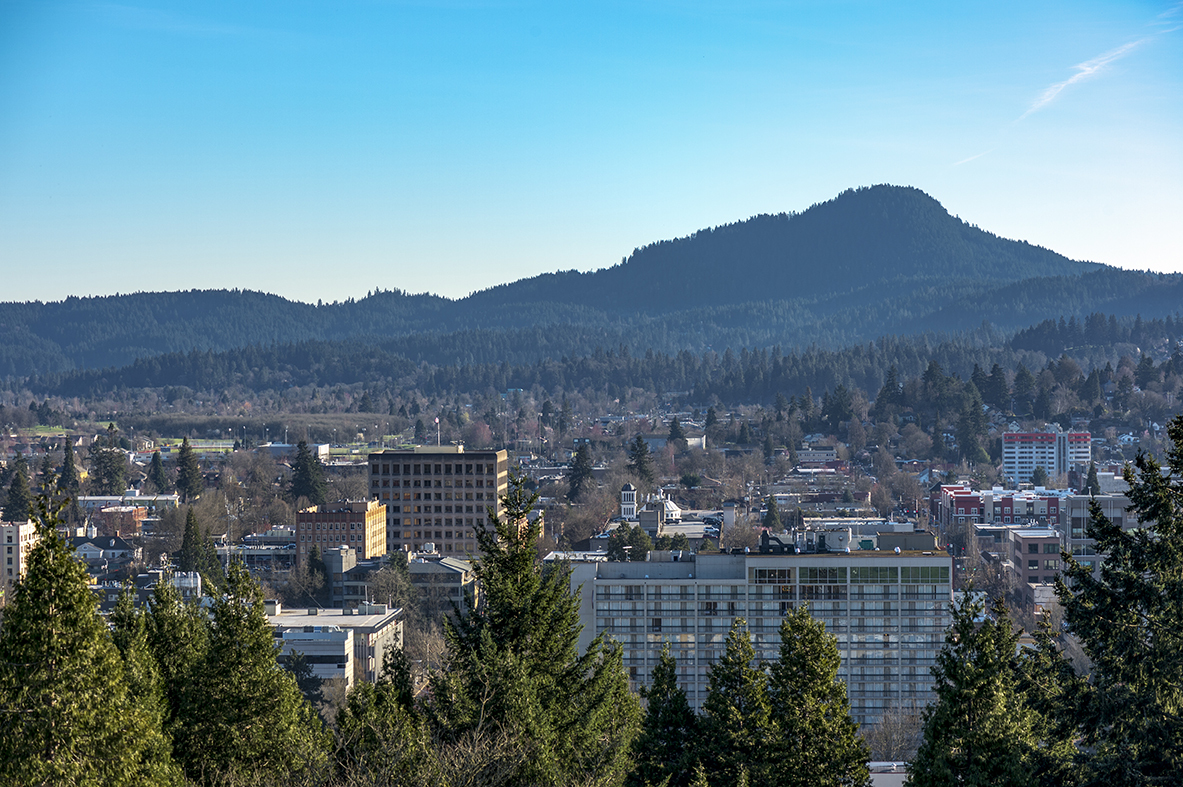 Eugene ( yoo-JEEN) is a city in the U.S. state of Oregon, in the Pacific Northwest. It is at the southern end of the Willamette Valley, near the confluence of the McKenzie and Willamette rivers, about 50 miles (80 km) east of the Oregon Coast.As of the 2010 census, Eugene had a population of 156,185; it is the county seat of Lane County and the state's third most populous city after Portland and Salem, though recent state estimates suggest its population may have surpassed Salem's. The Eugene-Springfield, Oregon metropolitan statistical area (MSA) is the 146th largest metropolitan statistical area in the US and the third-largest in the state, behind the Portland Metropolitan Area and the Salem Metropolitan Area. The city's population for 2019 was estimated to be 172,622 by the U.S. Census.Eugene is home to the University of Oregon, Bushnell University, and Lane Community College. The city is noted for its natural environment, recreational opportunities (especially bicycling, running/jogging, rafting, and kayaking), and focus on the arts, along with its history of civil unrest, protests, and green activism. Eugene's official slogan is "A Great City for the Arts and Outdoors". It is also referred to as the "Emerald City" and as "Track Town, USA". The Nike corporation had its beginnings in Eugene. In 2022, the city will host the 18th Track and Field World Championships. 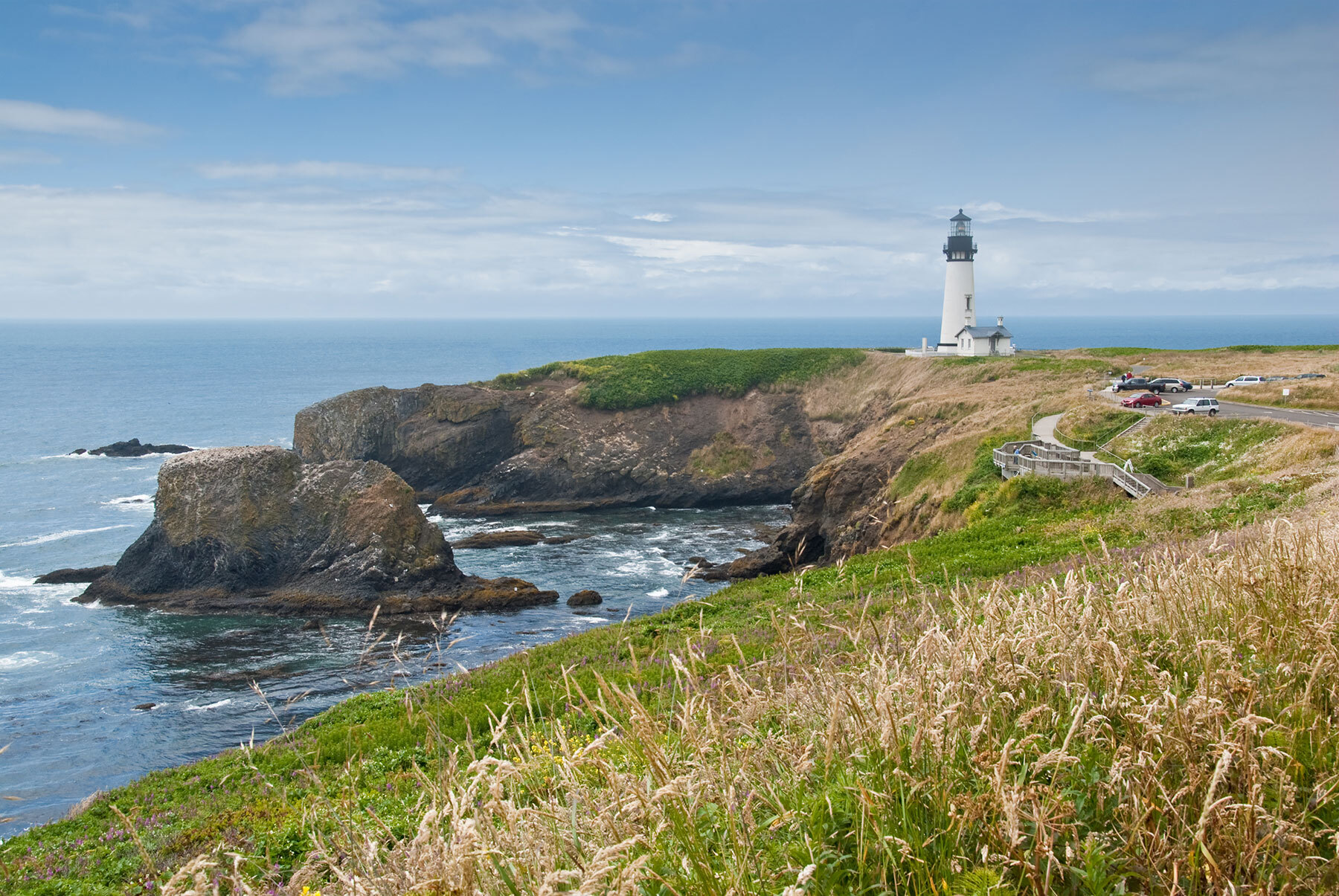 Newport is a city in Lincoln County, Oregon, United States. It was incorporated in 1882, though the name dates back to the establishment of a post office in 1868. Newport was named for Newport, Rhode Island. As of the 2010 census, the city had a total population of 9,989, an increase of nearly 5% over its 2000 population; as of 2019, it had an estimated population of 10,853.The area was originally home to the Yacona tribe, whose history can be traced back at least 3000 years. White settlers began homesteading the area in 1864. The town was named by Sam Case, who also became the first postmaster.Newport has been the county seat of Lincoln County since 1952, when voters approved a measure to move the center of government from nearby Toledo to Newport. It is also home of the Oregon Coast Aquarium, Hatfield Marine Science Center, Nye Beach, Yaquina Head Light, Yaquina Bay Light, Pacific Maritime Heritage Center and Rogue Ales, and is notable as the western terminus of U.S. Route 20, the longest road in the United States.