Wikipedia
Washington County, known locally as South County, is a county located in the U.S. state of Rhode Island. As of the 2010 census, the population was 126,979. Rhode Island counties have no governmental functions other than as court administrative and sheriff corrections boundaries, which are part of the state government. 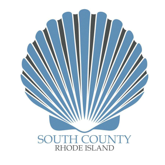 Find more things to do, itinerary ideas, updated news and events, and plan your perfect trip to South County
ADVERTISEMENT

Wakefield is a village in the town of South Kingstown, Rhode Island, United States, and the commercial center of South Kingstown. Together with the village of Peace Dale, it is treated by the U.S. Census as a component of the census-designated place identified as Wakefield-Peacedale, Rhode Island. West Kingston, another South Kingstown village, was the traditional county seat of Washington County. Since 1991, the Washington County Courthouse has been in Wakefield. The Sheriff's Office which handles corrections is also in Wakefield. The Wakefield village center along Main Street (old Boston Post Road) between Belmont Avenue and Columbia Street was listed on the National Register of Historic Places in 1996 as Wakefield Historic District, with a boundary increase in 2019. The district is significant for being an early commercial and industrial center. The district includes 53 properties over an area of 400 acres (160 ha).

Rhode Island is a state in the New England region of the United States. It is the smallest U.S. state by area and the seventh-least populous (1,098,163 according to the 2020 census), but it is also the second-most densely populated behind New Jersey.

Newport is a seaside city on Aquidneck Island in Newport County, Rhode Island. It is located in Narragansett Bay, approximately 33 miles (53 km) southeast of Providence, 20 miles (32 km) south of Fall River, Massachusetts, 74 miles (119 km) south of Boston, and 180 miles (290 km) northeast of New York City. It is known as a New England summer resort and is famous for its historic mansions and its rich sailing history. It was the location of the first U.S. Open tournaments in both tennis and golf, as well as every challenge to the America's Cup between 1930 and 1983. It is also the home of Salve Regina University and Naval Station Newport, which houses the United States Naval War College, the Naval Undersea Warfare Center, and an important Navy training center. It was a major 18th-century port city and boasts many buildings from the Colonial era.The city is the county seat of Newport County, which has no governmental functions other than court administrative and sheriff corrections boundaries. It was known for being the location of the "Summer White Houses" during the administrations of presidents Dwight D. Eisenhower and John F. Kennedy. The population is 25,163 as of the 2020 census.

Block Island is an island in the U.S. state of Rhode Island located in Block Island Sound approximately 9 miles (14 km) south of the mainland and 14 miles (23 km) east of Montauk Point, Long Island, New York, named after Dutch explorer Adriaen Block. It is part of Washington County and shares the same area as the town of New Shoreham. The Nature Conservancy added Block Island to its list of "The Last Great Places" which consists of 12 sites in the western hemisphere, and about 40 percent of the island is set aside for conservation. It is part of the Outer Lands region, a coastal archipelago. Block Island is a popular summer tourist destination and is known for its bicycling, hiking, sailing, fishing, and beaches. It is also the location of Block Island North Light on the northern tip of the island and Block Island Southeast Light on the southeastern side, both historic lighthouses. Much of the northwestern tip of the island is an undeveloped natural area and resting stop for birds along the Atlantic flyway.Popular events include the annual Fourth of July Parade, celebration, and fireworks. The island's population can triple over the normal summer vacation crowd. As of the 2010 Census, the island's population is 1,051 living on a land area of 9.734 square miles (25.211 km2).