Wikipedia
Florence is a city in and the county seat of Florence County, South Carolina, United States. It is at the intersection of Interstate 95 and Interstate 20 and is the eastern terminus of the latter. It is the county seat of Florence County and the primary city within the Florence metropolitan area. The area forms the core of the historical "Pee Dee" region of South Carolina, which includes the eight counties of northeastern South Carolina, along with sections of southeastern North Carolina. As of the 2010 census, the population of Florence was 37,056, and the estimated population in 2019 was 38,531.Florence is one of the major cities in South Carolina. In 1965, Florence was named an All-American City, presented by the National Civic League. The city was founded as a railroad hub and became the junction of three major railroad systems, including the Wilmington and Manchester, the Northeastern, and the Cheraw and Darlington.

Find more things to do, itinerary ideas, updated news and events, and plan your perfect trip to Florence
ADVERTISEMENT

The Pee Dee River, also known as the Great Pee Dee River, is a river in the Carolinas of the United States. It originates in the Appalachian Mountains in North Carolina, where its upper course, above the mouth of the Uwharrie River, is known as the Yadkin River. The lower part of the river is named Pee Dee (in colonial times written Pedee) after the Pee Dee Indian Tribe. The Pee Dee region of South Carolina, composed of the northeastern counties of the state, was also named after the tribe. In fact, today the Pee Dee Indian Tribe still occupies some of their ancestral lands, although the tribe only consists of just over 200 enrolled members. The first Europeans believed to have navigated part of the river was a party sent by Lucas Vázquez de Ayllón in 1521. They named it "River of St. John the Baptist." Navigable up to the Fall Line at Cheraw, the river was an important trade route through the Low Country from colonial times. The largest lumber company in the world existed at the turn of the 20th century near the river's mouth at Georgetown. The virgin pine forests of the Pee Dee region were cut over, and the logs floated in rafts downriver to be sawn into lumber and exported to the northern United States and Europe. The lower part of the river flood plain was extensively developed for rice culture in colonial time; rice was the major export of the area from the port at Georgetown. Rice culture declined with the freedom of slave labor after the Civil War, and increased overseas competition. Two hurricanes at the beginning of the 20th century destroyed much of the rice canal infrastructure and effectively ended the remnants of rice culture. Today the river is not extensively used for navigation. It is an important source of electric power and public water supplies, as well as recreational use. While the Pee Dee is free-flowing in South Carolina, upstream in North Carolina, several dams have been constructed on it. The opening and closing of these dams causes dramatic swings in the depth of the river in South Carolina. The sharing of water between the two states has sometimes been a matter of controversy, particularly during period of drought. Some commercial fishing is done during the winter shad run, and for shrimp in the lower reaches. The river is excellent for recreational fishing and boating. There are numerous boat landings, yet most of the river is wild, with forests of tupelo, oak and gum along its shores. Herons and alligators can be seen along the way, and a lucky sighting of a bald eagle is possible. The lower part of the river from Highway 378 to Winyah Bay has been designated a Scenic River.Some tributaries are the Lumber, the Little Pee Dee, Lynches, Black and Waccamaw rivers. The river empties into Winyah Bay, and then into the Atlantic Ocean near Georgetown. Snow's Island is a large island at the junction of the Pee Dee and Lynches rivers. This was the headquarters of General Francis Marion for several months during the American Revolution. It proved a safe haven for him and his militia troops, as the British were unable to find the camp until it was abandoned. (It has been identified as the center of Johnsonville Impact Crater).

Bennettsville is a city located in the U.S. state of South Carolina on the Great Pee Dee River. As the county seat of Marlboro County, Bennettsville is noted for its historic homes and buildings from the 19th and early 20th centuries — including the Bennettsville Historic District which is listed on the National Register of Historic Places. According to the 2010 census, Bennettsville has a population of 9,069. 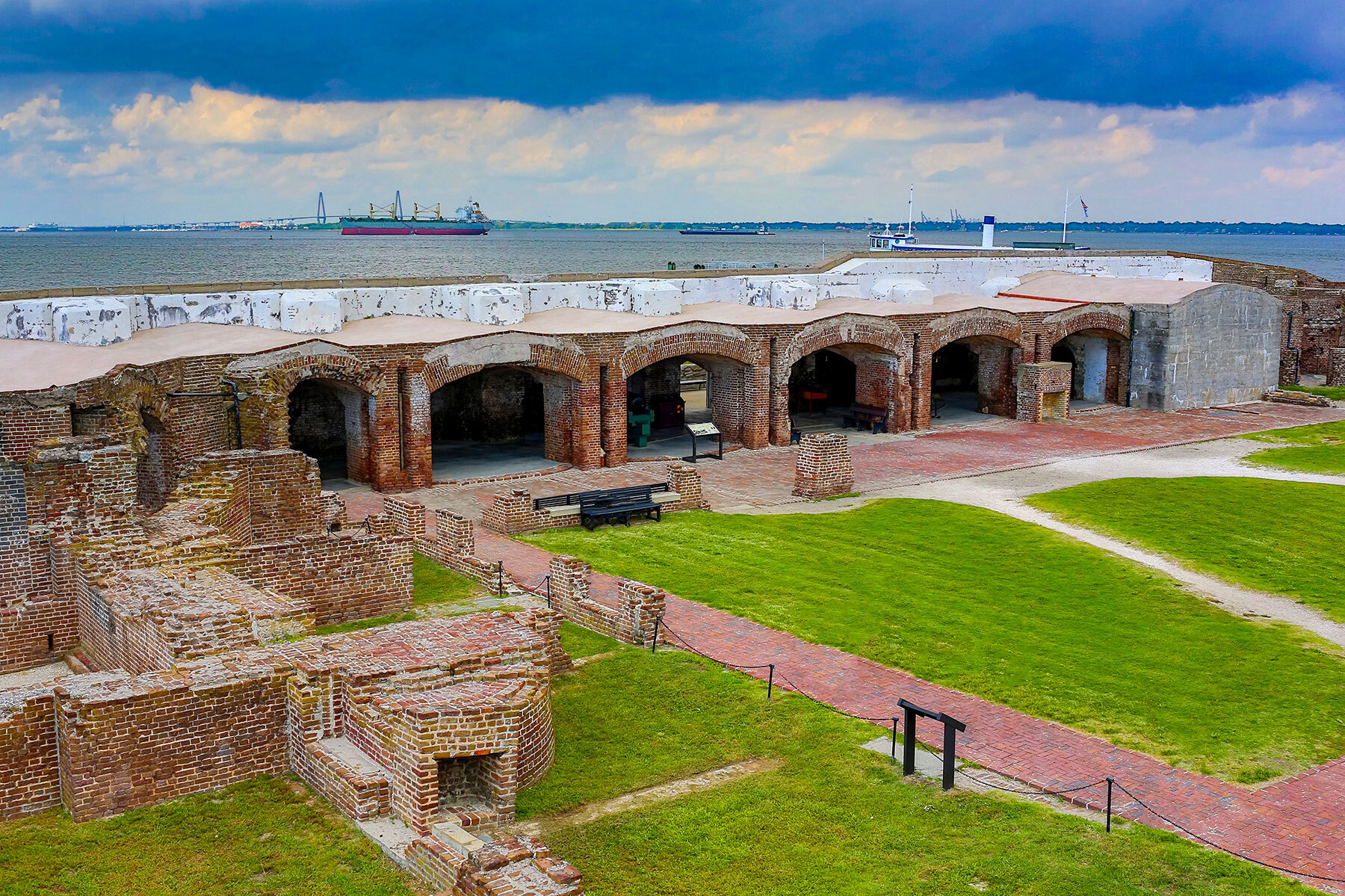 Sumter is a city in and the county seat of Sumter County, South Carolina, United States. Known as the Sumter Metropolitan Statistical Area, the namesake county adjoins Clarendon and Lee to form the core of Sumter-Lee-Clarendon Tri-county (or East Midlands) area of South Carolina that includes three counties straddling the border of the Sandhills (or Midlands), Pee Dee, and Lowcountry regions. The population was 39,643 at the 2000 census, and it rose to 40,524 at the 2010 census.