Wikipedia
Georgetown is the third oldest town in the U.S. state of South Carolina and the county seat of Georgetown County, in the Lowcountry. As of the 2010 census it had a population of 9,163. Located on Winyah Bay at the confluence of the Black, Great Pee Dee, Waccamaw, and Sampit rivers, Georgetown is the second largest seaport in South Carolina, handling over 960,000 tons of materials a year. Charleston is the largest. Beginning in the colonial era, Georgetown was the commercial center of an indigo- and rice-producing area. Rice replaced indigo as the chief commodity crop in the antebellum area. Later the timber industry became important here.

Find more things to do, itinerary ideas, updated news and events, and plan your perfect trip to Georgetown
ADVERTISEMENT
Omaze 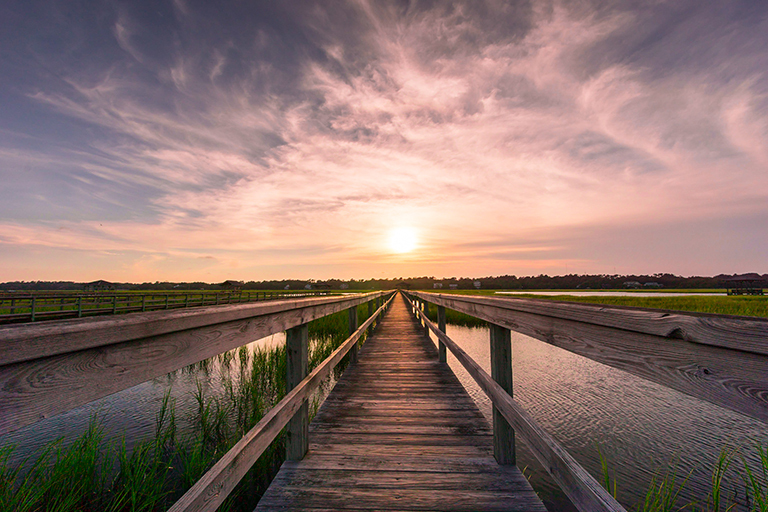 Pawleys Island is a town in Georgetown County, South Carolina, United States, and the Atlantic coast barrier island on which the town is located. Pawleys Island's population was 103 at the 2010 census, down from 138 in 2000. The post office address also includes an unincorporated area on the mainland adjacent to the island, which includes a commercial district along the Ocean Highway (US Route 17) and a residential area between the highway and the Waccamaw River. The island is on the southern end of The Grand Strand and is one of the oldest resort areas of the US East Coast. The town of Pawleys Island, though, is only on the island. The island lies off the Waccamaw Neck, a long, narrow peninsula between the ocean and the river, and is connected to the mainland by two bridges, the North Causeway and the South Causeway.

Murrells Inlet is an unincorporated area and census-designated place in Georgetown County, South Carolina, United States. The population was 7,547 at the 2010 census. It is about 13 miles south of Myrtle Beach, South Carolina and 21 miles north of Georgetown, the county seat. The community was once primarily a fishing village. It has developed in modern times, along with the rest of the Grand Strand, as a tourist and retirement location. It is known for the Murrells Inlet Marshwalk, a 1⁄2-mile-long (0.8 km) boardwalk overlooking a salt marsh. Many restaurants have been developed along the boardwalk. 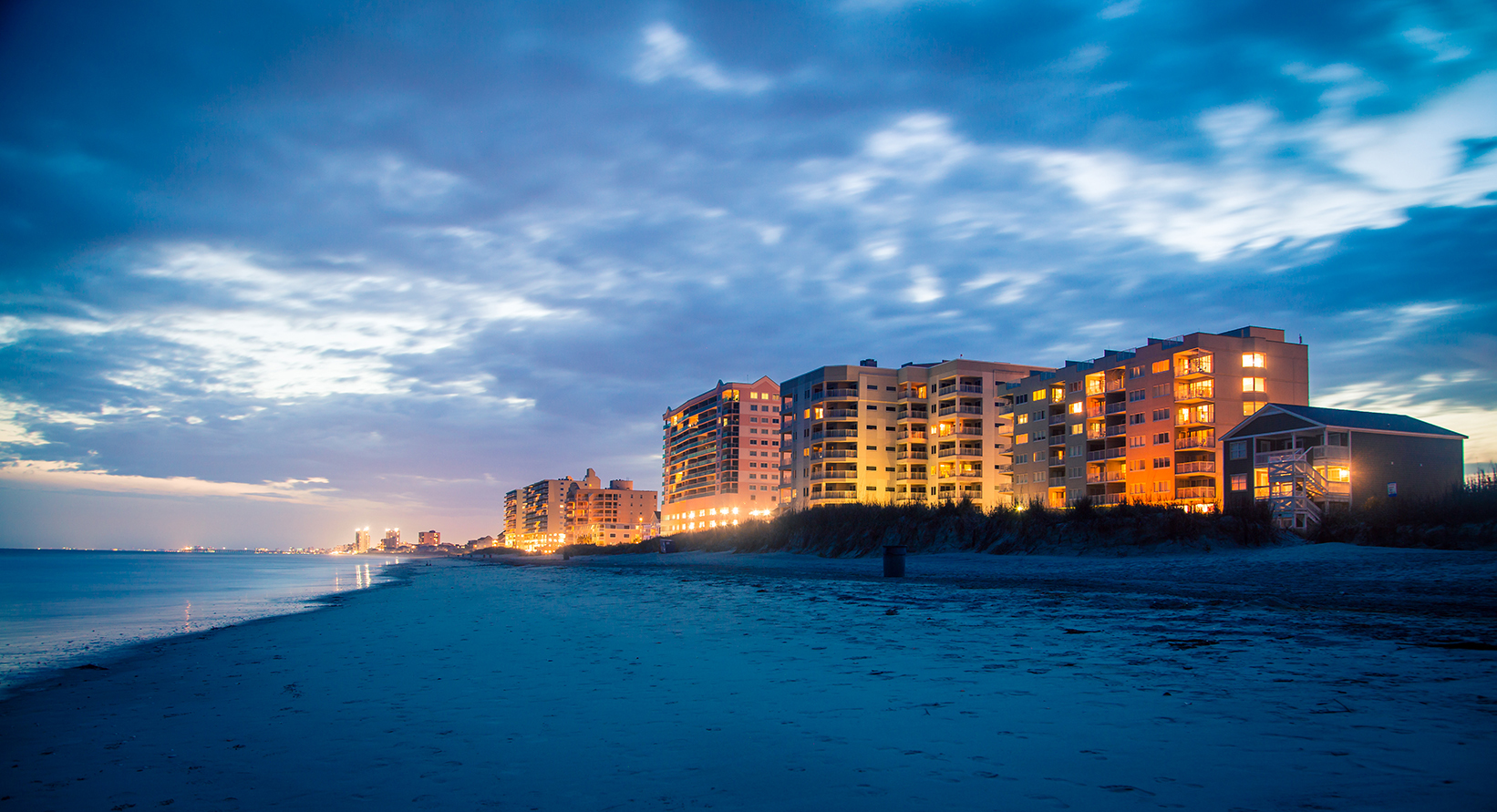 Surfside Beach is a town in Horry County, South Carolina, United States. Its nickname is "The Family Beach". The population was 3,837 at the 2010 census, down from 4,425 in 2000. It is considered a part of the Grand Strand. 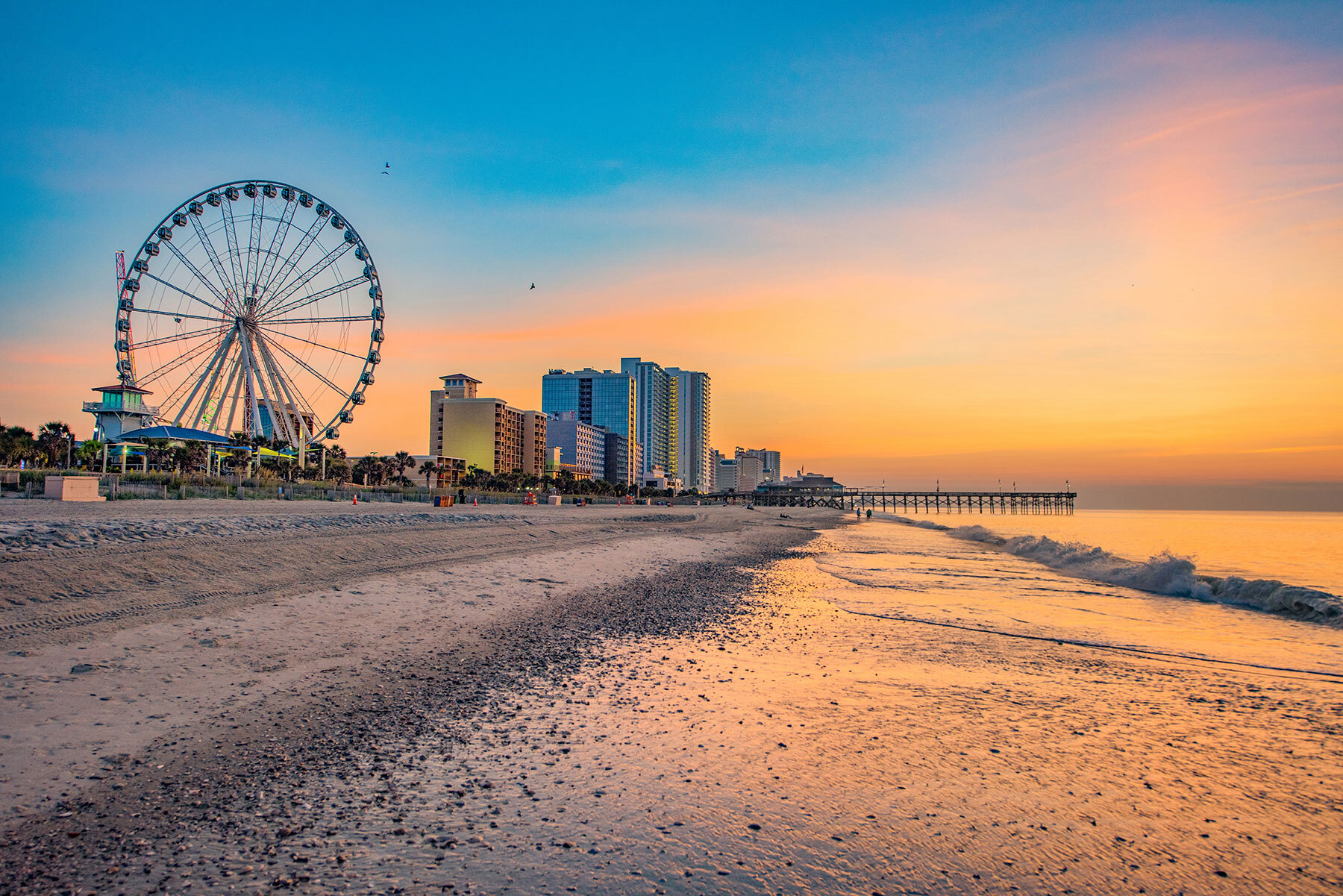 Myrtle Beach is a coastal city on the East Coast of the United States in Horry County, South Carolina. It is located in the center of a long and continuous 60-mile (97 km) stretch of beach known as "The Grand Strand" in northeastern South Carolina. Myrtle Beach is one of the major centers of tourism in South Carolina and the United States. The city's warm subtropical climate, miles of beaches, 86 golf courses, and 1,800 restaurants attract over 20 million visitors each year, making Myrtle Beach one of the most visited destinations in the country.The Myrtle Beach metropolitan area is the second-fastest-growing metropolitan area in the country, and more than 104,000 people moved to the Myrtle Beach-Conway-North Myrtle Beach area over eight years, representing in a 27.7% growth in population according to the U.S. Census Bureau.