Wikipedia
Sumter is a city in and the county seat of Sumter County, South Carolina, United States. Known as the Sumter Metropolitan Statistical Area, the namesake county adjoins Clarendon and Lee to form the core of Sumter-Lee-Clarendon Tri-county (or East Midlands) area of South Carolina that includes three counties straddling the border of the Sandhills (or Midlands), Pee Dee, and Lowcountry regions. The population was 39,643 at the 2000 census, and it rose to 40,524 at the 2010 census.

Find more things to do, itinerary ideas, updated news and events, and plan your perfect trip to Sumter
ADVERTISEMENT
Omaze 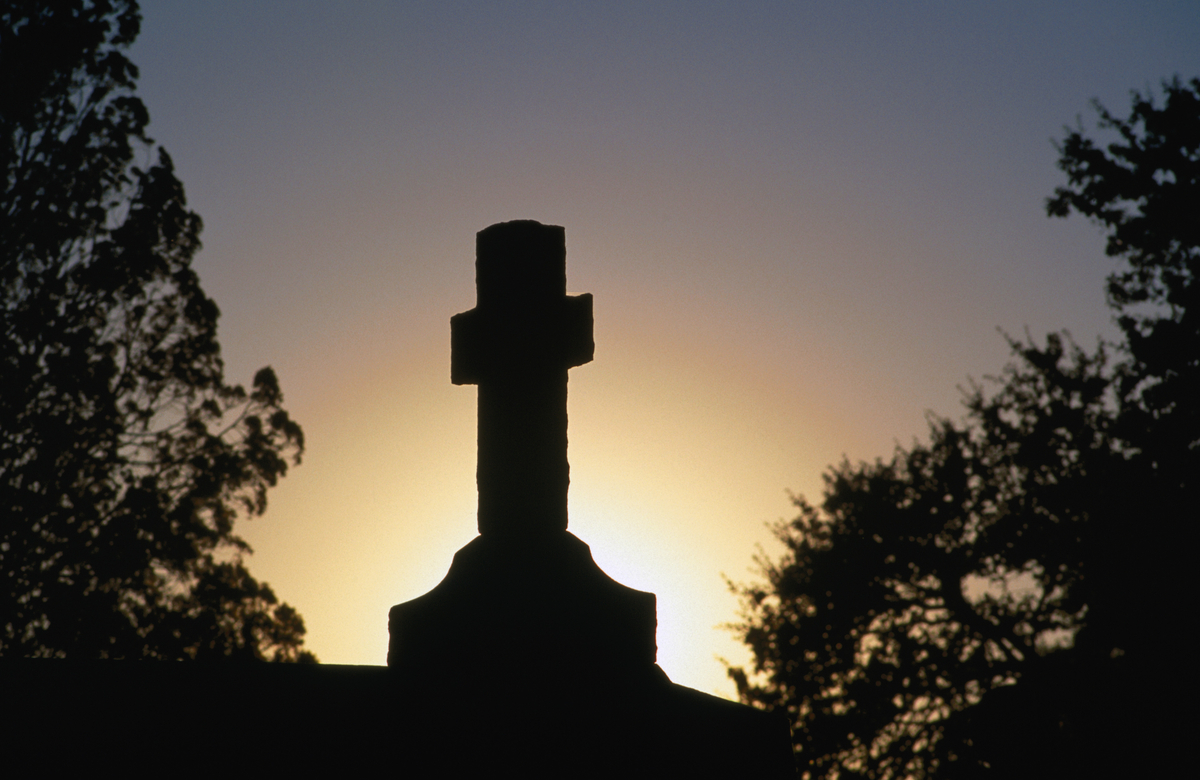 10 Macabre Cities to Visit for Halloween

New Orleans, Louisiana From above ground mausoleums and tombs to haunted hotels to voodoo culture, New Orleans has a distinct culture that involves elements of the macabre. Founded in 1718 before the United States was officially founded, it has a history full of urban legends, including werewolves prowling the bayou or vampires in the French Quarter. Popular landmarks include the tomb of Voodoo Queen Marie Laveau in the St. Louis Cemetery, walking past the gruesome past of LaLaurie Mansion, or Blacksmith’s Shop Bar where the ghost of pirate Jean Lafitte resides. Walk the cobblestone streets past brightly colored houses with iron balconies on a ghost tour on a foggy night to experience the unusual. Savannah, Georgia Savannah may ooze more than southern charm. With more than 300 years of gruesome history, the entire historic district is reportedly haunted. There’s been rumors and sightings of paranormal activity at Hamilton-Turner Inn as well as Marshall House, a haunted hotel that was a hospital three times in the past. Madison Square was the site of a bloody Civil War battle and has many haunted mansions that line the streets. Wander through Bonaventure Cemetery or Colonial Park Cemetery if you dare. Sleepy Hollow, New York This village thrives in its folklore history due to the Headless Horsemen in the famous story “The Legend of Sleepy Hollow” by Washington Irving. You may experience a ghostly encounter when walking through Sleepy Hollow Cemetery or exploring the town by lantern and shining jack-o-lanterns. Wander through popular colonial era manors include Philipsburg Manor, Van Cortlandt Manor, or Lyndhurst Mansion to learn more about local Sleepy Hollow history and haunts. Salem, Massachusetts Founded in 1626 as a Puritan fishing community, Salem is the location of the famous 1692 Salem witch trials in which Colonial America’s mass hysteria led to 19 people being hanged with more dying from other causes. Much of the town’s cultural identity revolves around this event, and many of the sites from the witch trials over 300 years ago still stand. Many historic sites are reportedly haunted, including one of the oldest cemeteries in the country, Old Burying Point Cemetery, and home of a Witch Trial Judge, The Witch House. Explore the muted colors of the town and brick-paved streets yourself to learn more about the sinister history rooted here. Tombstone, Arizona Riddled with a violent past, this historic mining ghost town is said to be home to lingering spirits of cowboys, grieving mothers, and citizens killed in large fires. OK Corral, the site of the famous Old West gunfight, is reportedly haunted by the cowboys. Boot Hill Graveyard and Bird Cage Theatre are popular destinations where unexplainable phenomena occur in Tombstone. St. Augustine, Florida Presumably the oldest city in the United States, St. Augustine was founded in 1565 by Spanish explorers and is home to centuries of history, beautiful houses, and supposedly, spirits. The masonry fortress Castillo de San Marcos is the location of many battles and invasions. Dangerous criminals in grotesque conditions were held at The Old Jail and apparitions with tragic deaths have been described at St. Augustine Lighthouse. Stroll the cobblestone streets among the Spanish colonial architecture to immerse yourself in this ancient city. San Francisco, California Among the vibrant scenery and sloping hills, some locations around San Francisco may send you chills even amidst the warm weather. Alcatraz, or “The Rock,” is a famous maximum-security military prison and haunted landmark that housed inmates including Al Capone. See if you hear voices or footsteps behind you if you visit. Take your pick of the macabre from friendly ghosts at The Queen Anne Hotel, dead army men performing their daily routine at the National Park The Presidio, or ethereal beings at the Sutro Baths. Charleston, South Carolina Known as a port city with cobblestone streets and horse-drawn carriages, Charleston also has some dark history from the first shots of the Civil War fired at Fort Sumter to slave labor on plantations. Learn about the macabre with locations like the White Point Garden where 50 pirates were hanged in the 1700s, the Old City Jail which housed the state’s first female serial killer, or The Old Exchange Building & Provost Dungeon which held Revolutionary War soldiers. San Antonio, Texas Bursting with rich culture and modern attractions, San Antonio also has a creepy past. The Menger Hotel is reputed to have strange occurrences but is decidedly the location of The Battle of the Alamo, Teddy Roosevelt’s Rough Riders recruitment, and a devastating fire. The Southern Texas region also gives way to the Spanish urban legend of La Llorona, the weeping woman. Walk along the river or visit the Alamo Williamsburg, Virginia Existing as early as the 18th-century, Williamsburg has diverse Colonial America history, including part in the U.S. Civil War. Not all of its history is for the faint of heart though. Said to be cursed by the slave of the wife, the Peyton Randolph House was built in 1715 and the location of at least 30 deaths. The Public Hospital was the country’s first insane asylum Other haunted locations are the Wythe House, colonial prison Public Gaol, and Fort Magruder Hotel which was the site of the Battle of Williamsburg in 1862. Godspeed to a traveler's hero

Clarke Bynum, who saved the lives of several hundred travelers back in 2000, died this week of cancer. Here's his inspiring story, which wasn't in the major newspapers this week: On December 29, 2000, then 39-years old Bynum, a former Clemson basketball star, caught British Airways's Flight 2069 from London's Gatwick Airport to Nairobi, Kenya. He had missed a direct flight to Uganda because of winter weather delays in London and was on the flight by happenstance. He was heading for a two-week Christian mission trip in Uganda, where he would be speaking to Sudanese refugees. During the flight, a young mentally ill passenger burst into the cockpit and attempted to seize control of the plane. The autopilot was disengaged, and the plane nosedived about 16,000 feet. Clarke heard screams coming from the cockpit. He ran forward. With the help of another passenger and the flight crew, he restrained the man. All 398 passengers were saved. Clarke is survived by his wife, Mary Lynn, and four children. Services are being held today in Sumter, S.C. He was 47. [Thanks for the reminder from Online Travel Review, Jared Blank's blog]

Santee is a town in Orangeburg County along the Santee River Valley in central South Carolina, United States. It has become a resort town of note located centrally north-south along the Atlantic Seaboard of South Carolina. The region has been rural, with a primarily agricultural economy typical of Orangeburg County, but is now known primarily for its several golf courses in proximity to Lake Marion, Santee State Park and other Lake Marion attractions. Interstate 95 connects its attractions easily with tourists traveling by automobile. I-95 crosses a narrow arm of the lake into the town lands, along a causeway. Lake Marion is a man-made hydroelectric reservoir, which at 110,000 acres (450 km2, 173 sq mi) is one of the fifty largest lakes in the country. The population was 961 at the 2010 census. The town has been undergoing economic and population growth, and development as rural niches are supplanted by bedroom communities. Construction of the Santee Cooper Regional Water System can provide millions of gallons of potable water per day to the surrounding five counties centered about Santee. The system was coordinated by the U.S. Department of Agriculture and funded by the Army Corps of Engineers, USEPA, and the South Carolina Department of Commerce. The plant was completed and operational as of 1 June 2008. Work to connect the plant to the five counties (Berkeley, Orangeburg, Dorchester, Calhoun, and Sumter) is underway and being overseen and funded by the same parties. Currently, the RWS serves the town of Santee, with pipeline rapidly being installed to other locations. Incoming businesses from this project are projected to bring thousands of jobs to the area.The Lake Marion High School & Technology Center is located in the town.

Florence is a city in and the county seat of Florence County, South Carolina, United States. It is at the intersection of Interstate 95 and Interstate 20 and is the eastern terminus of the latter. It is the county seat of Florence County and the primary city within the Florence metropolitan area. The area forms the core of the historical "Pee Dee" region of South Carolina, which includes the eight counties of northeastern South Carolina, along with sections of southeastern North Carolina. As of the 2010 census, the population of Florence was 37,056, and the estimated population in 2019 was 38,531.Florence is one of the major cities in South Carolina. In 1965, Florence was named an All-American City, presented by the National Civic League. The city was founded as a railroad hub and became the junction of three major railroad systems, including the Wilmington and Manchester, the Northeastern, and the Cheraw and Darlington.