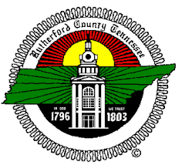 Find more things to do, itinerary ideas, updated news and events, and plan your perfect trip to Rutherford County
ADVERTISEMENT

Tennessee is a state in the Southeastern region of the United States. Tennessee is the 36th largest by area and the 16th most populous of the 50 states.

Wilson County is a county in the U.S. state of Tennessee. It is in Middle Tennessee. As of the 2020 census, the population was 147,737. Its county seat is Lebanon. The largest city is Mt. Juliet.Wilson County is part of the Nashville-Davidson–Murfreesboro–Franklin, TN Metropolitan Statistical Area.

Mt. Juliet (also known as Mount Juliet) is a city located in western Wilson County, Tennessee. A suburb of Nashville, it is approximately 17 miles (27 km) east of downtown Nashville. Mt. Juliet is located mostly between two major national east-west routes, Interstate 40 and U.S. Route 70. As of the 2020 United States census, Mount Juliet has a population of approximately 39,289 people. Mt. Juliet is the largest city in Wilson County. The official city charter has the name listed as Mt. Juliet; however, the United States Postal Service lists the name as Mount Juliet.