Wikipedia
Bastrop () is a city and the county seat of Bastrop County, Texas, United States. It is located about 30 mi (48 km) southeast of Austin and is part of the Greater Austin metropolitan area. The population was 7,218 according to the 2010 census. 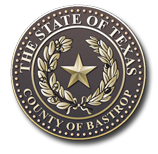 Find more things to do, itinerary ideas, updated news and events, and plan your perfect trip to Bastrop
ADVERTISEMENT

Bastrop County is located in the U.S. state of Texas. As of the 2010 census, the population was 74,171. Its county seat is Bastrop.Bastrop County is included in the Austin–Round Rock, Texas, metropolitan statistical area.

Years ago, when people talked about Austin, they would quickly mention the music. But that's just the beginning of what they're saying these days.

Pflugerville () is a city in Travis County, Texas, United States, with a small portion in Williamson County. The population was 61,737 at the 2020 census. Pflugerville is a suburb of Austin and part of the Austin–Round Rock–San Marcos Metropolitan Statistical Area. It was named after the original German settlers who farmed the area; Pfluger means "plowman."

Buda ( BYOO-də) is a city in Hays County, Texas, United States. The population was 7,295 in 2010, up from 2,404 at the 2000 census. In 2018 the estimated population was 16,449. Buda is part of the Austin-Round Rock-San Marcos metropolitan statistical area and is one of Austin's fastest growing suburbs. Residents of Buda are referred to as Budans.