Wikipedia
Baytown is a city in the U.S. state of Texas, within Harris and Chambers counties. Located in the Houston–The Woodlands–Sugar Land metropolitan statistical area, it lies on the northern side of the Galveston Bay complex near the outlets of the San Jacinto River and Buffalo Bayou. It is the sixth-largest city within this metropolitan area and seventh largest community (including The Woodlands CDP). Major highways serving the city include State Highway 146 and Interstate 10. At the 2010 U.S. census, Baytown had a population of 71,802, and it had an estimated population of 77,192 in 2019.

Find more things to do, itinerary ideas, updated news and events, and plan your perfect trip to Baytown
ADVERTISEMENT 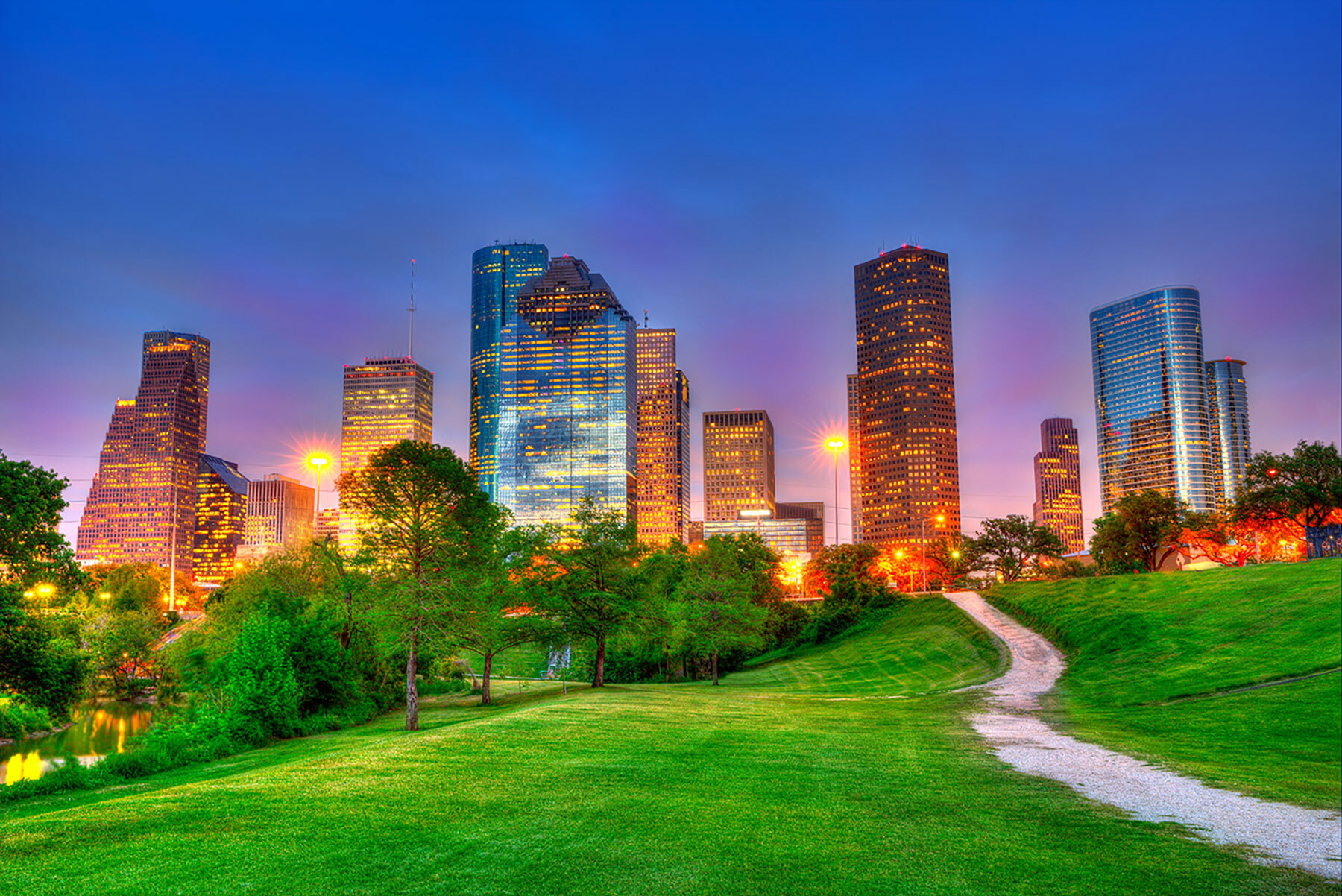 Houston ( (listen) HEW-stən) is the most populous city in the U.S. state of Texas, fourth-most populous city in the United States, most populous city in the Southern United States, as well as the sixth-most populous in North America, with a population of 2,304,580 in 2020. Located in Southeast Texas near Galveston Bay and the Gulf of Mexico, it is the seat of Harris County and the principal city of the Greater Houston metropolitan area, which is the fifth-most populous metropolitan statistical area in the United States. Houston is the southeast anchor of the greater megaregion known as the Texas Triangle.Comprising a total area of 637.4 square miles (1,651 km2), Houston is the ninth-most expansive city in the United States (including consolidated city-counties). It is the largest city in the United States by total area, whose government is not consolidated with a county, parish, or borough. Though primarily in Harris County, small portions of the city extend into Fort Bend and Montgomery counties, bordering other principal communities of Greater Houston such as Sugar Land and The Woodlands. The city of Houston was founded by land investors on August 30, 1836, at the confluence of Buffalo Bayou and White Oak Bayou (a point now known as Allen's Landing) and incorporated as a city on June 5, 1837. The city is named after former General Sam Houston, who was president of the Republic of Texas and had won Texas's independence from Mexico at the Battle of San Jacinto 25 miles (40 km) east of Allen's Landing. After briefly serving as the capital of the Texas Republic in the late 1830s, Houston grew steadily into a regional trading center for the remainder of the 19th century.The arrival of the 20th century brought a convergence of economic factors that fueled rapid growth in Houston, including a burgeoning port and railroad industry, the decline of Galveston as Texas's primary port following a devastating 1900 hurricane, the subsequent construction of the Houston Ship Channel, and the Texas oil boom. In the mid-20th century, Houston's economy diversified, as it became home to the Texas Medical Center—the world's largest concentration of healthcare and research institutions—and NASA's Johnson Space Center, home to the Mission Control Center. Since the late 19th century Houston's economy has had a broad industrial base, in energy, manufacturing, aeronautics, and transportation. Leading in healthcare sectors and building oilfield equipment, Houston has the second-most Fortune 500 headquarters of any U.S. municipality within its city limits (after New York City). The Port of Houston ranks first in the United States in international waterborne tonnage handled and second in total cargo tonnage handled.Nicknamed the "Bayou City", "Space City", "H-Town", and "the 713", Houston has become a global city, with strengths in culture, medicine, and research. The city has a population from various ethnic and religious backgrounds and a large and growing international community. Houston is the most diverse metropolitan area in Texas and has been described as the most racially and ethnically diverse major metropolis in the U.S. It is home to many cultural institutions and exhibits, which attract more than seven million visitors a year to the Museum District. The Museum District is home to nineteen museums, galleries, and community spaces. Houston has an active visual and performing arts scene in the Theater District, and offers year-round resident companies in all major performing arts.