Wikipedia
Ennis is a city in eastern Ellis County, Texas, United States, located 35 miles (56 km) south of Dallas. The population was 19,934 as of 2018, up from 16,454 at the 2000 census. It is the third largest city in Ellis County, with the county seat of Waxahachie being the largest and the city of Midlothian being the second largest. Ennis is home to the National Polka Festival and the Texas Motorplex. It is in the eastern portion of the Dallas–Fort Worth Metroplex. 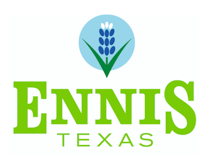 Find more things to do, itinerary ideas, updated news and events, and plan your perfect trip to Ennis
ADVERTISEMENT

Waxahachie ( WOK-sə-HA-chee) is the county seat of Ellis County, Texas, United States. It is located just beyond the southern suburbs of Dallas and is part of the Dallas–Fort Worth metroplex. Its population was 29,621 at the 2010 census, with an estimated population of 37,988 in 2019.

Cedar Hill is a city in Dallas and Ellis counties in the U.S. state of Texas. It is located approximately 16 miles (26 km) southwest of downtown Dallas and is situated along the eastern shore of Joe Pool Lake and Cedar Hill State Park. The population was 45,028 at the 2010 census.Cedar Hill is a suburb of Dallas and is part of the Best Southwest area, which includes the nearby cities of DeSoto, Duncanville, and Lancaster. Early in its history, Cedar Hill lay along a branch of the Chisholm Trail and served as the temporary county seat of Dallas County. In 1856, a tornado swept through the town killing nine people and destroying most of its buildings. The seat of the county was moved to Dallas not long after.

Balch Springs ( BAHLK, BAHLTCH) is a city in Dallas County, Texas, United States. It is an inner-ring suburb of Dallas and part of the Dallas–Fort Worth metroplex. The population was 23,728 at the 2010 census, and 25,007 at 2019's census estimates.

Mesquite is a suburban city located east of the city of Dallas, Texas, in the United States. Most of the city is located in Dallas County, though a small portion extends into Kaufman County. As of 2019 census estimates, the population was 140,937, making it the 22nd-most populous city in the U.S. state of Texas. Mesquite is positioned at the crossroads of four major highways (Interstates 30, 635, 20, and U.S. Route 80), making locations such as downtown Dallas, Lake Ray Hubbard, Dallas Love Field, and DFW International Airport accessible. According to legislative action, the city is the "Rodeo Capital of Texas". In 2016, Mesquite received a Playful City USA designation for the fourth year in a row. The city has been named a Tree City USA by the National Arbor Day Foundation for over 25 years. The city of Mesquite holds the 10th-longest reign in all of Texas.Unique to suburbs of Dallas and Fort Worth, the city of Mesquite is served by its own local airport, Mesquite Metro Airport. Companies and institutions with a major presence in the city are the United Parcel Service, Sears, AT&T, Charter Spectrum, Eastfield College, Ashley Furniture, and FedEx.