Wikipedia
Kilgore is a city in Gregg and Rusk counties in the eastern part of the U.S. state of Texas. Over three-fourths of the city limits is located in Gregg County, the remainder in Rusk County. Kilgore was the childhood residence from age six of the noted classical pianist Van Cliburn, the namesake for Van Cliburn Auditorium on the Kilgore College campus. The population was 12,975 at the 2010 census; and the population is 14,820 at the 2020 census.
Find more things to do, itinerary ideas, updated news and events, and plan your perfect trip to Kilgore
ADVERTISEMENT
Omaze

Henderson is a city and the county seat of Rusk County, Texas, in Northeast Texas. Its population was 13,712 at the 2010 census. Henderson is named for James Pinckney Henderson, the first governor of Texas. The city has functioned as a major crossroads in Northeast Texas over the last two centuries. Several major highways pass through the business district of the town, including U.S. Route 259, Texas State Highway 64, U.S. Route 79, Texas State Highway 43, Texas State Highway 42, and Texas State Highway 64. Annual events in the city of Henderson include the Heritage Syrup Festival in November, celebrating the East Texas tradition of syrup making, and the East Texas Sacred Harp Convention in August featuring shape note music. The city has a vibrant downtown historic district, with many buildings dating to before the American Civil War. The city has 19 historical markers, including homes dating from the 1880s, churches, and colleges. Downtown Henderson is one of the most dramatic and charming downtowns in the East Texas area. Colorful, canvas awnings highlight the ornate buildings that house Henderson's downtown merchants, and offer shade to downtown shoppers visiting the various antiques stores, clothing stores, and restaurants lining the main streets. 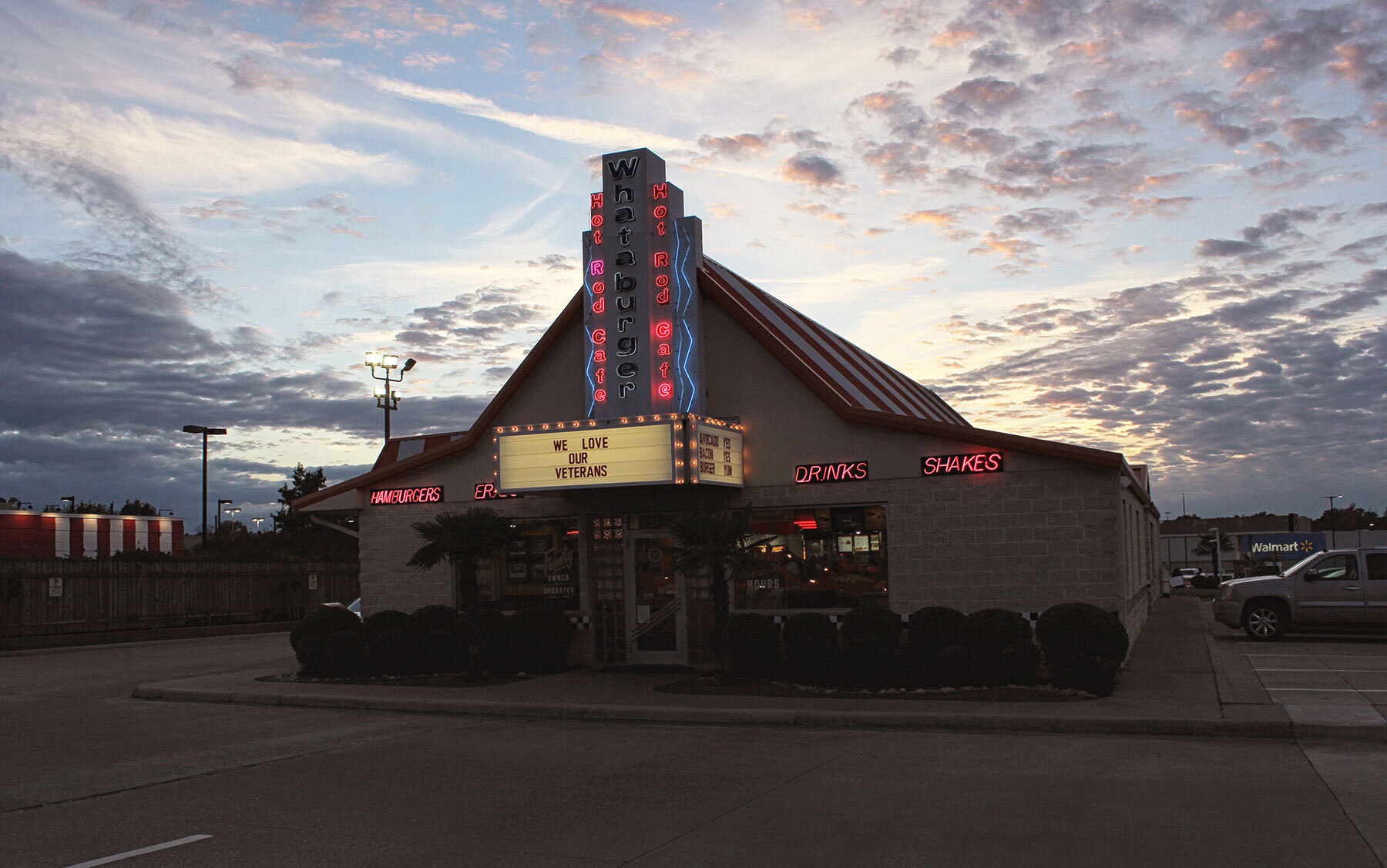 Tyler is a city in the U.S. state of Texas and the largest city and county seat of Smith County. It is also the largest city in Northeast Texas. With a 2019 census-estimated population of 106,991, Tyler was the thirty-eighth most populous city in Texas and 292nd in the United States. It is the principal city of the Greater Tyler metropolitan statistical area, which is the 199th most populous metropolitan area in the U.S. and 16th in Texas after Waco and the College Station–Bryan areas, with a population of 230,221 in 2018.The city is named for John Tyler, the tenth President of the United States. In 1985, the international Adopt-a-Highway movement began in Tyler. After appeals from local Texas Department of Transportation officials, the local Civitan International chapter adopted a two-mile (three kilometer) stretch of U.S. Route 69 to maintain. Drivers and other motorists traveling on this segment of U.S. 69 (between Tyler and nearby Lindale) will see brown road signs that read, "First Adopt-A-Highway in the World". Tyler is known as the "Rose Capital of America" (also the "Rose City" and the "Rose Capital of the World"), a nickname it earned from a long history of rose production, cultivation, and processing. It is home to the largest rose garden in the United States, a 14-acre public garden complex that has over 38,000 rose bushes of at least 500 different varieties. The Tyler Rose Garden is also home to the annual Texas Rose Festival which attracts thousands of tourists each October.As Northeast Texas and Smith County's major economic, educational, financial, medical and cultural hub, Tyler is host to more than 20,000 higher-education students, the University of Texas at Tyler, a university health science center, and regional hospital systems. It is also the headquarters for Brookshire Grocery Company, Cavender's, Southside Bank, and Synthesizers.com. Other corporations with major presence within the city and surrounding area include AT&T, T-Mobile US, Cricket Wireless and Metro by T-Mobile, Chase Bank, BBVA, Best Buy, and Walmart. Tyler is also home to the Caldwell Zoo and Broadway Square Mall. 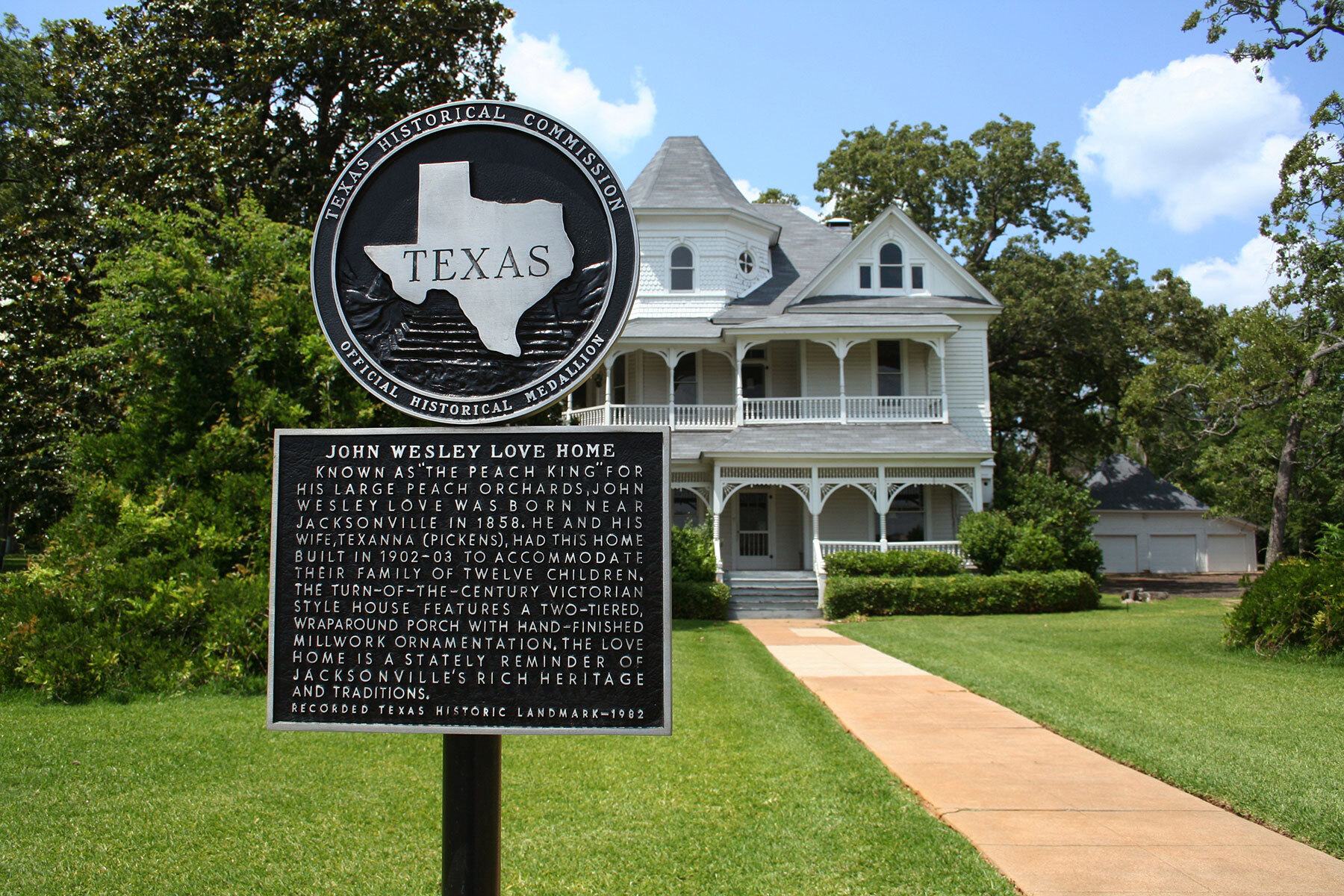 Jacksonville is a city located in Cherokee County, Texas, United States. The population was 14,544 at the 2010 census. It is the principal city of the Jacksonville Micropolitan Statistical Area, which includes all of Cherokee County, and part of the larger Tyler–Jacksonville combined statistical area. Jacksonville is located in an area of rolling hills in East Texas, north of the county seat, Rusk, and south of Tyler, in neighboring Smith County, on U.S. Highway 69. The north-south Highway 69 intersects the east–west U.S. Highway 79 adjacent to the city's downtown area. Area production and shipping of tomatoes gained the town the title "Tomato Capital of the World". The impressive red iron ore rock Tomato Bowl, built by Works Progress Administration workers during the Great Depression, is home to the Jacksonville High School "Fightin' Indians" football and soccer teams. Annual events include the "Tops in Texas Rodeo" held in May and the "Tomato Fest" celebration in June.