Wikipedia
Marfa is a city in the high desert of the Trans-Pecos in far West Texas, between the Davis Mountains and Big Bend National Park. It is the county seat of Presidio County, and its population as of the 2010 United States Census was 1,981. The city was founded in the early 1880s as a water stop; the population increased during World War II, but growth has stalled and reversed somewhat since the late 20th century. Today, Marfa is a tourist destination and a major center for minimalist art. Attractions include Building 98, the Chinati Foundation, artisan shops, historical architecture, a classic Texas town square, modern art installments, art galleries, and the Marfa lights. 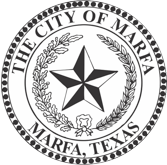 Find more things to do, itinerary ideas, updated news and events, and plan your perfect trip to Marfa
ADVERTISEMENT
Omaze 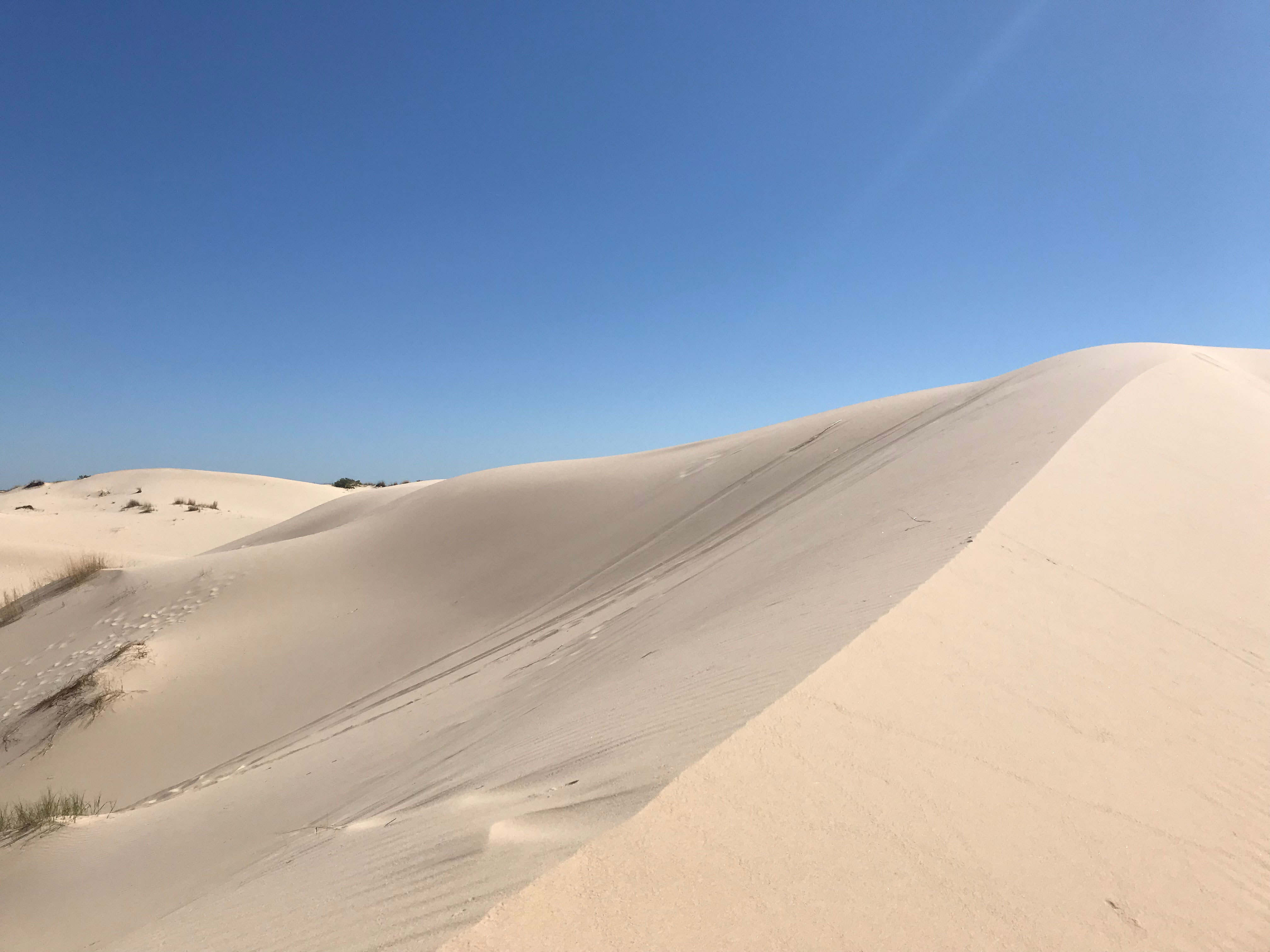 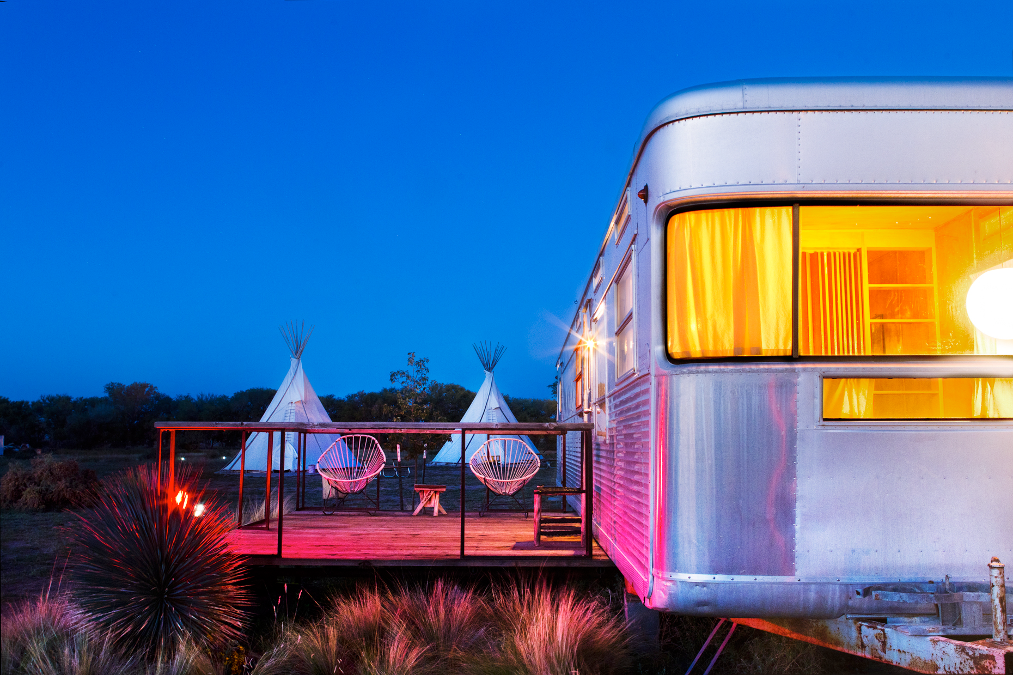 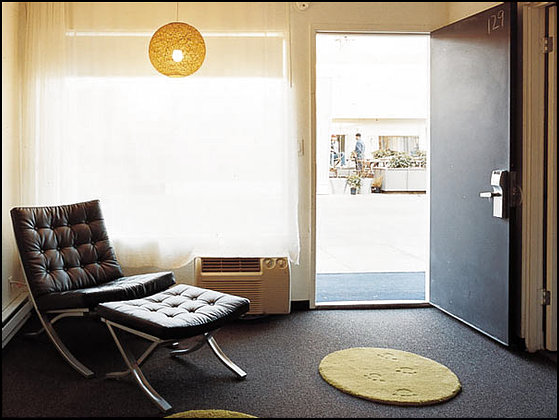 The Motel Gets Its Groove Back

A dusty three-hour drive southeast of El Paso, Marfa couldn't be more off the map--except to the art world. For years now, artists and writers have been making the pilgrimage to the Chinati Foundation, a museum founded by artist Donald Judd and dedicated to the preservation of minimalist art. Two artillery sheds house Judd's giant, block-like aluminum sculptures; also on the grounds are works by Dan Flavin and Claes Oldenburg plus several other artists (Guided tour $25, self guided walking tour $15, reservations required). A new generation of artists/entrepreneurs have followed in Judd's footsteps. "The vast emptiness is relaxing, and the sunlight is amazing, even in winter," explains Saarin Keck a former artist and graduate of Rhode Island School of Design and now co-owner of the Pizza Foundation. Pizza Foundation is known for their 18in pizzas that are well worth the wait. But to avoid the wait - plan ahead and schedule a time to pick up your pizza. Virginia Lebermann and Fairfax Dorn, native Texans who were involved in the New York City art world, moved to Marfa in 2003. Their venue, Ballroom Marfa, doubles as a multipurpose art and performance space. (Admission is free but reservations are encouraged) photo courtesy of El Cosmico website There are several hotels, vacation rentals and campgrounds in Marfa . The Thunderbird is a 2005 reinvention of an old horseshoe-shaped roadside motel. The renovation transformed the structure into a model of modern design while maintaining the original hotel’s bygone feeling. If you are up for getting away from the hotel scene and looking for something unique try El Cosmico where you can stay in a trailer, yurts, safari tents or a cosmic kasita. For more information on places to stay and things to do visit the Marfa visitor's site. 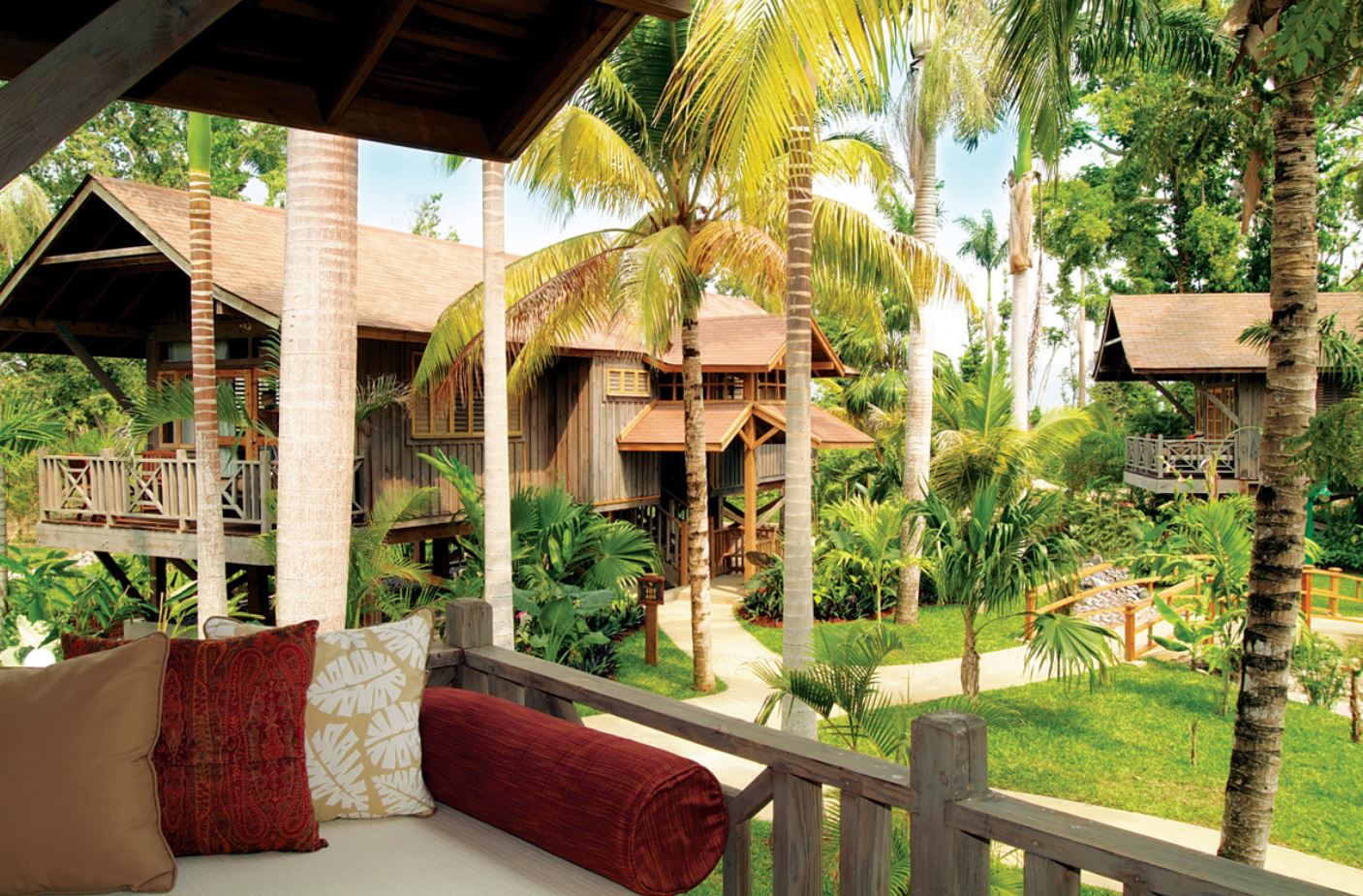 Honeymoon Paradise for Less (You MUST See the Perks!) 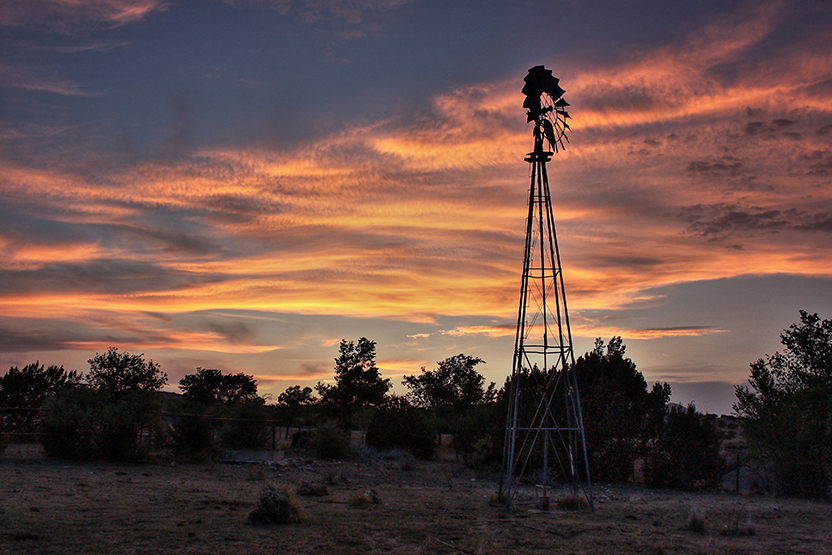 Alpine ( AL-pyne) is a city in and the county seat of Brewster County, Texas, United States. The population was 5,905 at the 2010 census. The town has an elevation of 4,475 feet (1,364 m), and the surrounding mountain peaks are over 1 mile (1.6 km) above sea level. The university, hospital, library, and retail make Alpine the center of the sprawling 12,000 square miles (3,108,000 ha) but wide open Big Bend area (combined population only 12,500) including Brewster, Presidio, and Jeff Davis counties. 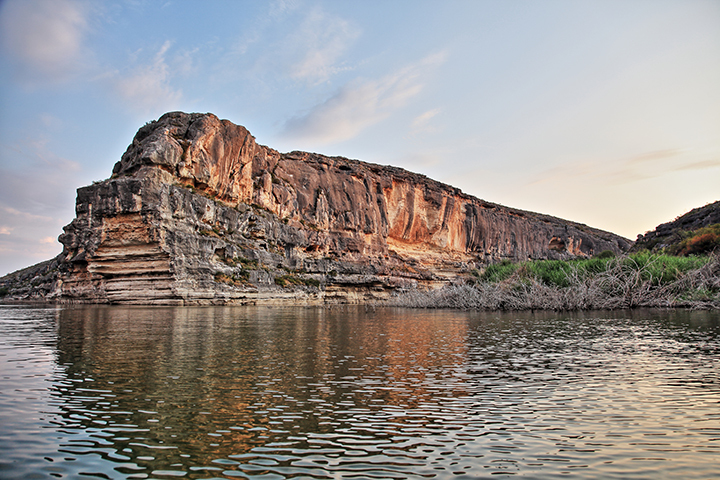 Pecos ( PAY-kəs) is the largest city in and the county seat of Reeves County, Texas, United States. It is in the valley on the west bank of the Pecos River at the eastern edge of the Chihuahuan Desert, in the Trans-Pecos region of West Texas and just south of New Mexico's border. Its population was 8,780 at the 2010 census. On January 24, 2012, Pecos City appeared on the Forbes 400 as the second-fastest growing small town in the United States. The city is a regional commercial center for ranching, oil and gas production, and agriculture. The city is most recognized for its association with the local cultivation of cantaloupes. Pecos claims to be the site of the world's first rodeo on July 4, 1883. 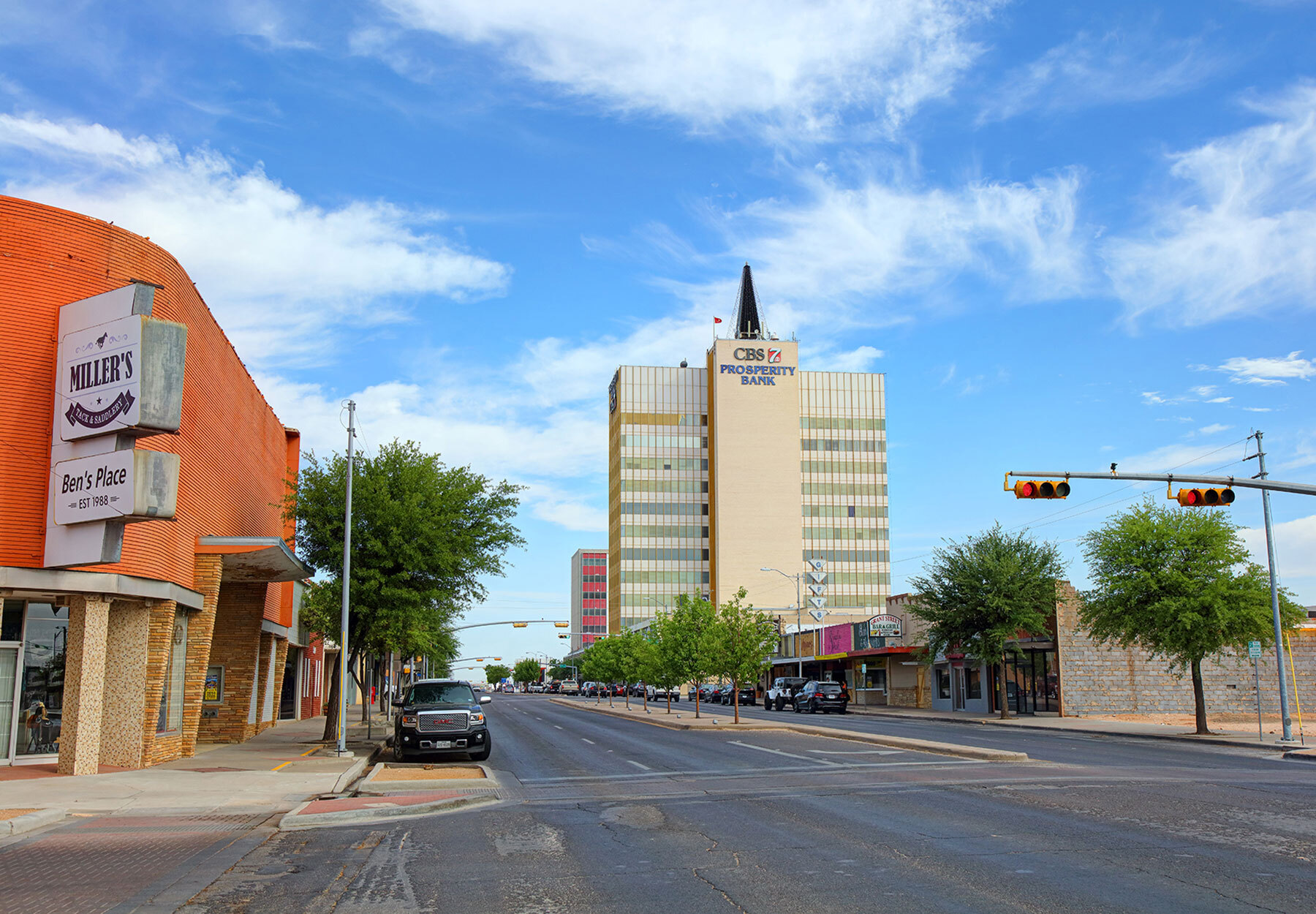