Wikipedia
Mesquite is a suburban city located east of the city of Dallas, Texas, in the United States. Most of the city is located in Dallas County, though a small portion extends into Kaufman County. As of 2019 census estimates, the population was 140,937, making it the 22nd-most populous city in the U.S. state of Texas. Mesquite is positioned at the crossroads of four major highways (Interstates 30, 635, 20, and U.S. Route 80), making locations such as downtown Dallas, Lake Ray Hubbard, Dallas Love Field, and DFW International Airport accessible. According to legislative action, the city is the "Rodeo Capital of Texas". In 2016, Mesquite received a Playful City USA designation for the fourth year in a row. The city has been named a Tree City USA by the National Arbor Day Foundation for over 25 years. The city of Mesquite holds the 10th-longest reign in all of Texas.Unique to suburbs of Dallas and Fort Worth, the city of Mesquite is served by its own local airport, Mesquite Metro Airport. Companies and institutions with a major presence in the city are the United Parcel Service, Sears, AT&T, Charter Spectrum, Eastfield College, Ashley Furniture, and FedEx.
Find more things to do, itinerary ideas, updated news and events, and plan your perfect trip to Mesquite
ADVERTISEMENT
Omaze

Balch Springs ( BAHLK, BAHLTCH) is a city in Dallas County, Texas, United States. It is an inner-ring suburb of Dallas and part of the Dallas–Fort Worth metroplex. The population was 23,728 at the 2010 census, and 25,007 at 2019's census estimates. 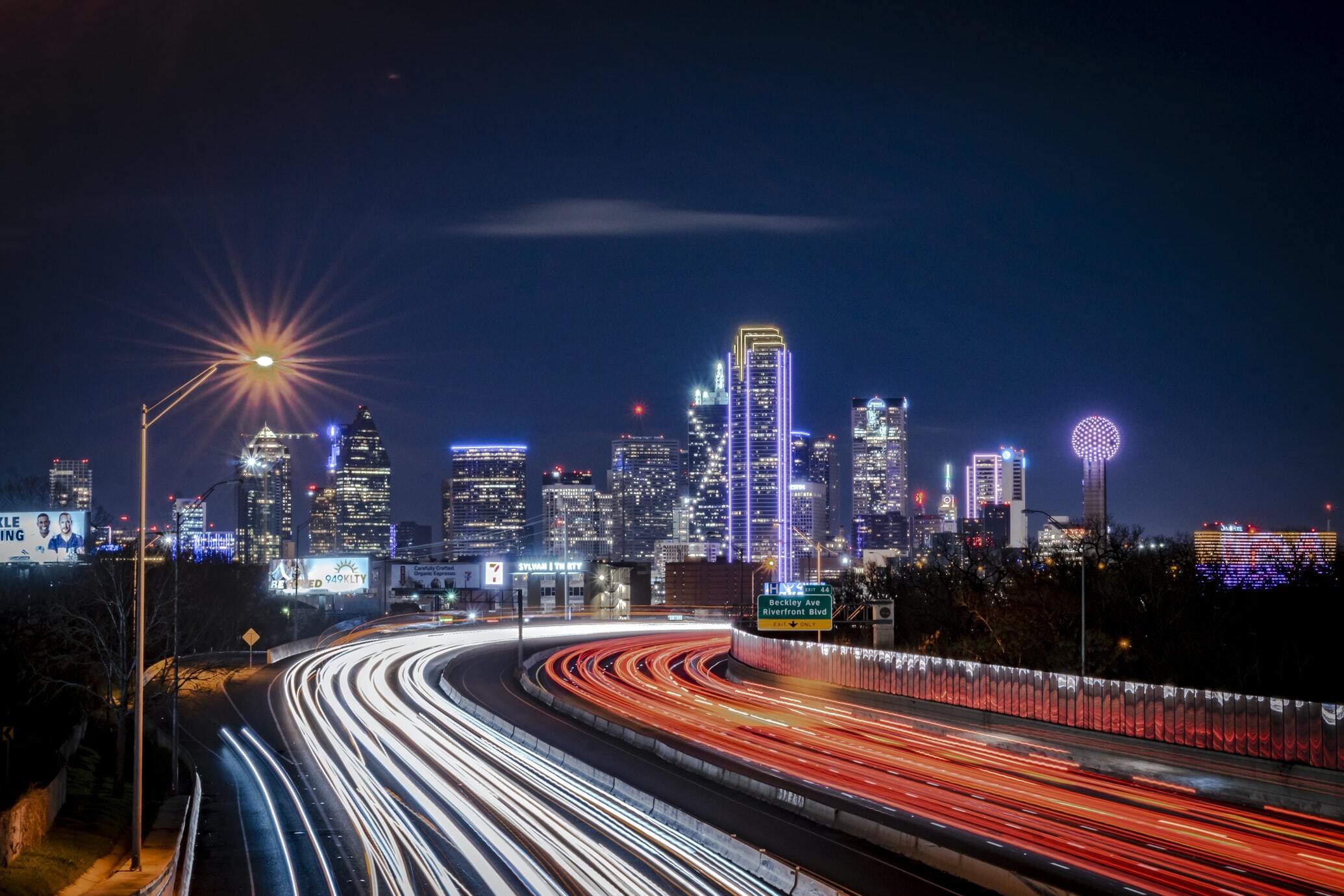 Dallas () is a city in the U.S. state of Texas and the largest city in and seat of Dallas County, with portions extending into Collin, Denton, Kaufman and Rockwall counties. With a 2020 census population of 1,304,379, it is the ninth most-populous city in the U.S. and the third-largest in Texas after Houston and San Antonio. Located in North Texas, the city of Dallas is the main core of the largest metropolitan area in the Southern United States and the largest inland metropolitan area in the U.S. that lacks any navigable link to the sea. It is the most populous city in the Dallas–Fort Worth metroplex, the fourth-largest metropolitan area in the country at 7.5 million people.Dallas and nearby Fort Worth were initially developed due to the construction of major railroad lines through the area allowing access to cotton, cattle and later oil in North and East Texas. The construction of the Interstate Highway System reinforced Dallas's prominence as a transportation hub, with four major interstate highways converging in the city and a fifth interstate loop around it. Dallas then developed as a strong industrial and financial center and a major inland port, due to the convergence of major railroad lines, interstate highways and the construction of Dallas/Fort Worth International Airport, one of the largest and busiest airports in the world. In addition, Dallas has DART (Dallas Area Rapid Transit) with different colored train lines that transport throughout the Metroplex.Dominant sectors of its diverse economy include defense, financial services, information technology, telecommunications, and transportation. Dallas is home to nine Fortune 500 companies within the city limits while the Dallas–Fort Worth metroplex hosts twenty-two Fortune 500 companies, the second most in Texas and fourth most in the United States. Over 41 colleges and universities are located within its metropolitan area, which is the most of any metropolitan area in Texas. The city has a population from a myriad of ethnic and religious backgrounds and one of the largest LGBT communities in the U.S. WalletHub named Dallas the fifth most diverse city in the United States in 2018.

Richardson is a city in Dallas and Collin counties in the U.S. state of Texas. As of the 2019 American Community Survey, the city had a total population of 121,323. Richardson is an inner suburb of Dallas. It is home to the University of Texas at Dallas and the Telecom Corridor, with a high concentration of telecommunications companies. More than 5,000 businesses have operations within Richardson's 28 square miles (73 km2), including many of the world's largest telecommunications and networking companies, such as AT&T, Verizon, Cisco Systems, Samsung, ZTE, MetroPCS, Texas Instruments, Qorvo, and Fujitsu. Richardson's largest employment base is provided by the insurance industry, with Blue Cross and Blue Shield of Texas's headquarters, a regional hub for GEICO, regional offices for United Healthcare, and one of State Farm Insurance's three national regional hubs located in the community.