Wikipedia
Caroline County is a United States county located on the eastern part of the Commonwealth of Virginia. The northern boundary of the county borders on the Rappahannock River, notably at the historic town of Port Royal. The Caroline county seat is Bowling Green.Caroline County was established in 1728 and was named in honor of Caroline of Ansbach, wife of the then reigning king, George II of Great Britain. It is the birthplace of the renowned racehorse Secretariat, winner of the 1973 Kentucky Derby, Preakness Stakes and Belmont Stakes; the Triple Crown. As of the 2010 census, the county population was 28,545, having more than doubled in the last fifty years. Caroline is part of the Greater Richmond Region.

Find more things to do, itinerary ideas, updated news and events, and plan your perfect trip to Caroline County
ADVERTISEMENT 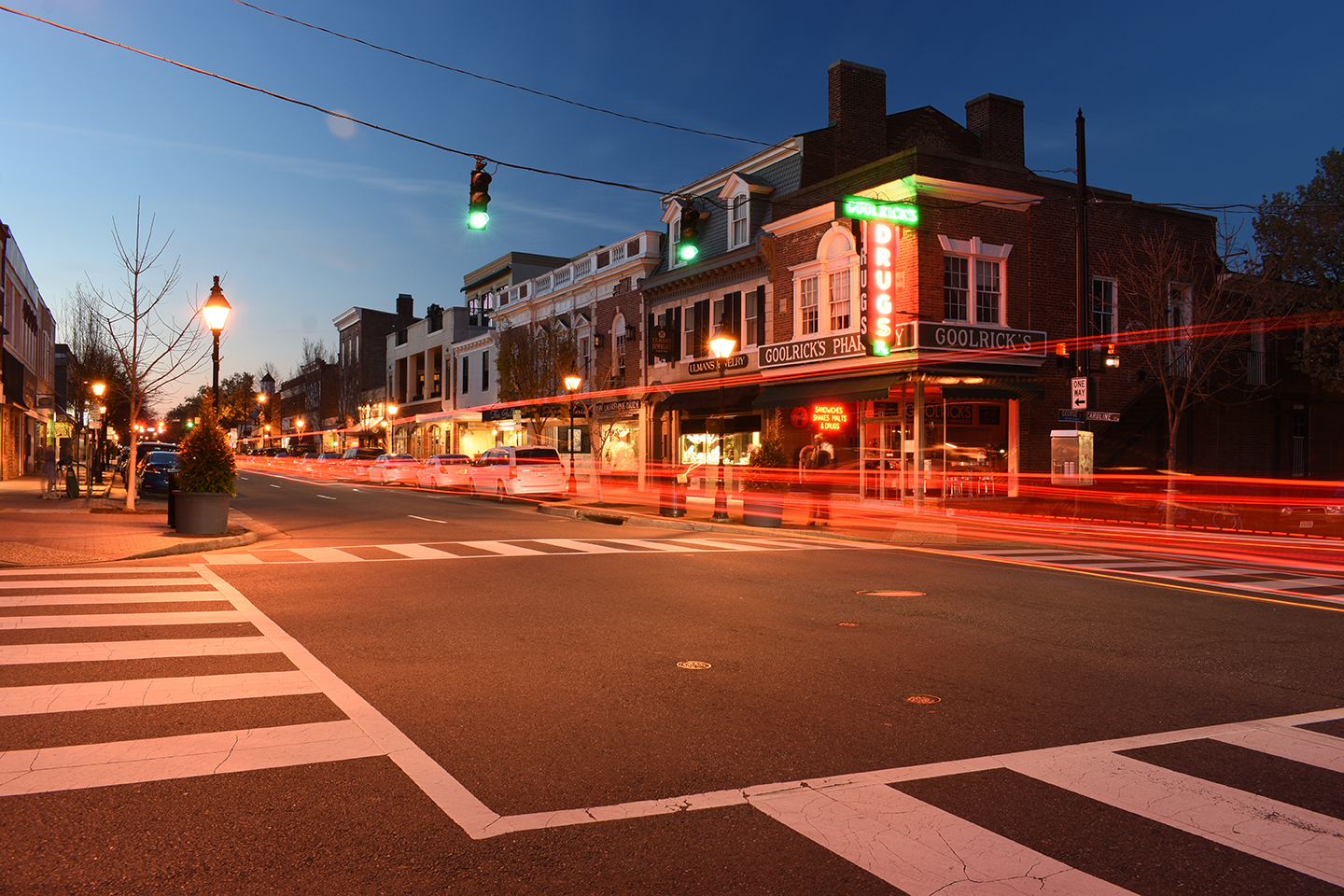 Fredericksburg is an independent city located in the Commonwealth of Virginia in the United States. As of the 2010 census, the population was 24,286, an increase from 19,279 at the 2000 census. The city population was estimated at 29,036 in 2019. The Bureau of Economic Analysis of the United States Department of Commerce combines the city of Fredericksburg with neighboring Spotsylvania County for statistical purposes. Fredericksburg is located 48 miles (77 km) south of Washington, D.C. and 53 miles (85 km) north of Richmond.Located near where the Rappahannock River crosses the Atlantic Seaboard fall line, Fredericksburg was a prominent port in Virginia during the colonial era. During the Civil War, Fredericksburg, located halfway between the capitals of the opposing forces, was the site of the Battle of Fredericksburg and Second Battle of Fredericksburg. These battles are preserved, in part, as the Fredericksburg and Spotsylvania National Military Park. More than 10,000 African-Americans in the region left slavery for freedom in 1862 alone, getting behind Union lines. Tourism is a major part of the economy. Approximately 1.5 million people visit the Fredericksburg area annually, including the battlefield park, the downtown visitor center, events, museums, art shops, galleries, and many historical sites.Fredericksburg is home to several major retail and commercial centers including Central Park (as of 2004, the second-largest mall on the East Coast) and the Spotsylvania Towne Centre, located in Spotsylvania County adjacent to the city. Major employers include the University of Mary Washington (named for the Fredericksburg resident who was the mother of George Washington), Mary Washington Healthcare, and GEICO. Many Fredericksburg-area residents commute to work by car, bus, and rail to Washington D.C. and Richmond, as well as Fairfax, Prince William, and Arlington counties.

Spotsylvania County is a county in the U.S. state of Virginia. As of the 2020 census, the population was 140,032. Its county seat is Spotsylvania Courthouse.

Stafford County is located in the Commonwealth of Virginia. It is a suburb outside of Washington D.C. It is approximately 40 miles (64 km) south of D.C. It is part of the Northern Virginia region, and the D.C area. It is one of the fastest growing, and highest-income counties in America. As of the 2010 census, the population was 128,961. Its county seat is Stafford.Located across the Rappahannock River from the City of Fredericksburg, Stafford County is part of the Washington-Arlington-Alexandria, DC-VA-MD-WV Metropolitan Statistical Area. In 2006, and again in 2009, Stafford was ranked by Forbes magazine as the 11th highest-income county in the United States. According to a Census Bureau report released in 2019, Stafford County is currently the sixth highest-income county in America. 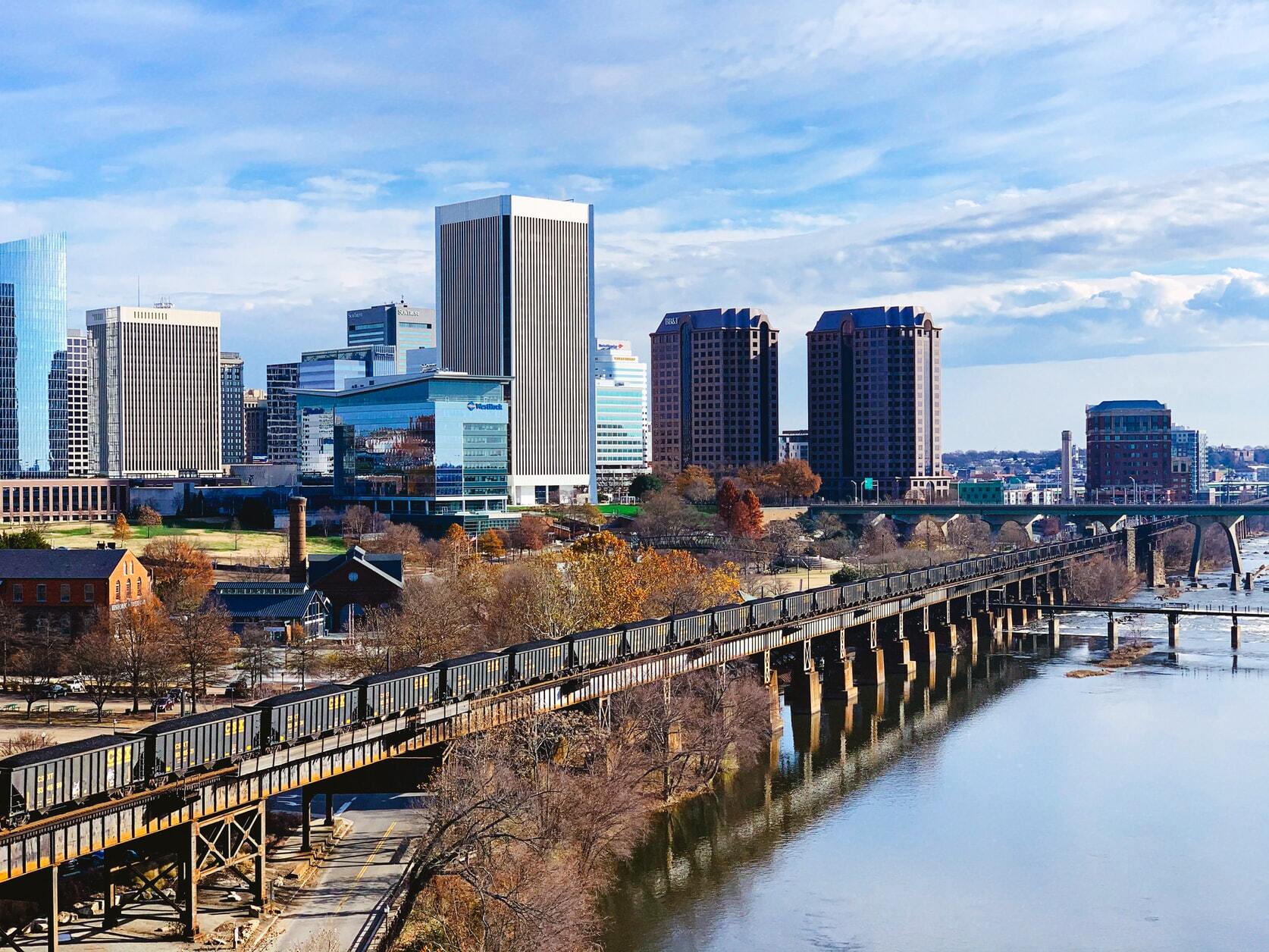 Richmond () is the capital city of the Commonwealth of Virginia in the United States. It is the center of the Richmond Metropolitan Statistical Area (MSA) and the Greater Richmond Region. Richmond was incorporated in 1742 and has been an independent city since 1871. As of the 2010 census, the city's population was 204,214; in 2019, the population was estimated to be 230,436, making Richmond the fourth-most populous city in Virginia. The Richmond Metropolitan Area has a population of 1,260,029, the third-most populous metro in the state. Richmond is at the fall line of the James River, 44 miles (71 km) west of Williamsburg, 66 miles (106 km) east of Charlottesville, 91 miles (146 km) east of Lynchburg and 92 miles (148 km) south of Washington, D.C. Surrounded by Henrico and Chesterfield counties, the city is at the intersections of Interstate 95 and Interstate 64 and encircled by Interstate 295, Virginia State Route 150 and Virginia State Route 288. Major suburbs include Midlothian to the southwest, Chesterfield to the south, Varina to the southeast, Sandston to the east, Glen Allen to the north and west, Short Pump to the west and Mechanicsville to the northeast.The site of Richmond had been an important village of the Powhatan Confederacy, and was briefly settled by English colonists from Jamestown from 1609 to 1611. The present city of Richmond was founded in 1737. It became the capital of the Colony and Dominion of Virginia in 1780, replacing Williamsburg. During the Revolutionary War period, several notable events occurred in the city, including Patrick Henry's "Give me liberty or give me death" speech in 1775 at St. John's Church, and the passage of the Virginia Statute for Religious Freedom written by Thomas Jefferson. During the American Civil War, Richmond was the capital of the Confederacy. It entered the 20th century with one of the world's first successful electric streetcar systems. The Jackson Ward neighborhood is a traditional hub of African-American commerce and culture. Richmond's economy is primarily driven by law, finance, and government, with federal, state, and local governmental agencies, as well as notable legal and banking firms in the downtown area. The city is home to both a U.S. Court of Appeals, one of 13 such courts, and a Federal Reserve Bank, one of 12 such banks. Dominion Energy and WestRock, Fortune 500 companies, are headquartered in the city, with others in the metropolitan area.