Wikipedia
Grayson County is a county located in the southwestern part of the Commonwealth of Virginia. As of the 2010 census, the population was 15,533. Its county seat is Independence. Mount Rogers, the state's highest peak at 5,729 feet (1,746 m), is in Grayson County. 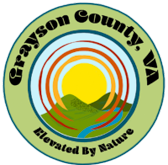 Find more things to do, itinerary ideas, updated news and events, and plan your perfect trip to Grayson
ADVERTISEMENT

Alleghany County () is a county located in the U.S. state of North Carolina. As of the 2010 census, the population was 11,155. Its county seat is Sparta.

Galax is an independent city in the southwestern part of the Commonwealth of Virginia. As of the 2010 census, the population was 7,042. In 2018 the estimated population was 6,423.The Bureau of Economic Analysis combines the city of Galax with neighboring Carroll County for statistical purposes. Galax is bounded to the northeast by Carroll County and to the southwest by Grayson County.

Wytheville () is a town in, and the county seat of, Wythe County, in southwestern Virginia, United States. It is named after George Wythe, a signer of the United States Declaration of Independence, and mentor to Thomas Jefferson. Wytheville's population was 8,211 at the 2010 census. Interstate Highways 77 and 81 were constructed to intersect at the town, long a crossroads for travelers. During the American Civil War, Wytheville had a strategic importance. It was attacked in 1863 (Toland's Raid) and 1865 (Stoneman's 1865 Raid). The town is the birthplace of Edith Bolling Wilson, second wife of President Woodrow Wilson.

Smyth County is a county located in the U.S. state of Virginia. As of the 2020 census, the population was 29,800. Its county seat is Marion.