Wikipedia
Lewis County is a county in the U.S. state of Washington. As of the 2010 census, the county's population was 75,455. The county seat is Chehalis, and its largest city is Centralia. Lewis County comprises the Centralia, WA Micropolitan Statistical Area, which is also included in the Seattle-Tacoma, WA Combined Statistical Area. 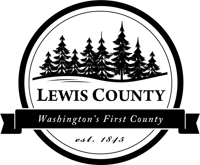 Find more things to do, itinerary ideas, updated news and events, and plan your perfect trip to Lewis County
ADVERTISEMENT

Mount St. Helens (known as Lawetlat'la to the Indigenous Cowlitz people, and Loowit or Louwala-Clough to the Klickitat) is an active stratovolcano located in Skamania County, Washington in the Pacific Northwest region of the United States. It lies 52 miles (83 km) northeast of Portland, Oregon and 98 miles (158 km) south of Seattle. Mount St. Helens takes its English name from the British diplomat Lord St Helens, a friend of explorer George Vancouver who surveyed the area in the late 18th century. The volcano is part of the Cascade Volcanic Arc, a segment of the Pacific Ring of Fire. Mount St. Helens is best known for its major eruption on May 18, 1980, the deadliest and most economically destructive volcanic event in U.S. history. Fifty-seven people were killed; 200 homes, 47 bridges, 15 miles (24 km) of railways, and 185 miles (298 km) of highway were destroyed. A massive debris avalanche, triggered by a magnitude 5.1 earthquake, caused a lateral eruption that reduced the elevation of the mountain's summit from 9,677 ft (2,950 m) to 8,363 ft (2,549 m), leaving a 1 mile (1.6 km) wide, horseshoe-shaped crater. The debris avalanche was 0.6 cubic miles (2.5 km3) in volume.The 1980 eruption disrupted terrestrial ecosystems near the volcano. By contrast, aquatic ecosystems in the area greatly benefited from the amounts of ash, allowing life to multiply rapidly. By six years after the eruption, most lakes in the area returned to their normal state.After its 1980 eruption, the volcano had continuous volcanic activity until 2008. Despite this, geologists predict that future eruptions will be more destructive, since the configuration of the lava domes there require more pressure to erupt. Despite this, Mount St Helens is a popular hiking spot, and it is climbed year-round. In 1982, the Mount St. Helens National Volcanic Monument was established by U.S President Ronald Reagan and the U.S Congress.

Olympia is the capital of the U.S. state of Washington and the county seat and second-largest city of Thurston County. It is 60 miles (100 km) southwest of Seattle, the state's most populous city, and is a cultural center of the southern Puget Sound region. European settlers claimed the area in 1846, with the Treaty of Medicine Creek initiated in 1854, followed by the Treaty of Olympia in 1856. Olympia was incorporated as a town on January 28, 1859, and as a city in 1882. It had a population of 46,479 at the 2010 census, making it the state's 24th-largest city. Olympia borders Lacey to the east and Tumwater to the south.

Tacoma ( tə-KOH-mə) is a mid-sized urban port city and the county seat of Pierce County, Washington, United States. The city is on Washington's Puget Sound, 32 miles (51 km) southwest of Seattle (of which it is the largest satellite city), 31 miles (50 km) northeast of the state capital, Olympia, and 58 miles (93 km) northwest of Mount Rainier National Park. The population was 191,704, according to the 2010 census. Tacoma is the second-largest city in the Puget Sound area and the third-largest in the state. Tacoma also serves as the center of business activity for the South Sound region, which has a population of around 1 million. Tacoma adopted its name after the nearby Mount Rainier, originally and locally called Takhoma or Tahoma. It is locally known as the "City of Destiny" because the area was chosen to be the western terminus of the Northern Pacific Railroad in the late 19th century. The decision of the railroad was influenced by Tacoma's neighboring deep-water harbor, Commencement Bay. By connecting the bay with the railroad, Tacoma's motto became "When rails meet sails". Commencement Bay serves the Port of Tacoma, a center of international trade on the Pacific Coast and Washington's largest port. The city gained notoriety in 1940 for the collapse of the Tacoma Narrows Bridge, which earned the nickname "Galloping Gertie". Like most industrial cities, Tacoma suffered a prolonged decline in the mid-20th century as a result of suburbanization and divestment. Since the 1990s, downtown Tacoma has experienced a period of revitalization. Developments in the downtown include the University of Washington Tacoma; Line T (formerly Tacoma Link), the first modern electric light rail service in the state; the state's highest density of art and history museums; and a restored urban waterfront, the Thea Foss Waterway.

Auburn is a city in King County, Washington, United States (with a small portion crossing into neighboring Pierce County). The population was 70,180 at the 2010 United States Census. Auburn is a suburb in the Seattle metropolitan area, and is currently ranked as the 15th largest city in the state of Washington. Auburn is bordered by the cities of Federal Way, Pacific, and Algona to the west, Sumner to the south, Kent to the north, and unincorporated King County to the east. The Muckleshoot Indian Reservation lies to the south and southeast.