Wikipedia
Marlinton is a town in Pocahontas County, West Virginia, United States. The population was 1,054 at the 2010 census. It is the county seat of Pocahontas County and is known for its scenic beauty. 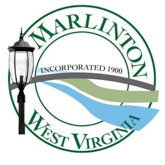 Find more things to do, itinerary ideas, updated news and events, and plan your perfect trip to Marlinton
ADVERTISEMENT

Pocahontas County is a county located in the U.S. state of West Virginia. As of the 2010 census, the population was 8,719. Its county seat is Marlinton. The county was established in 1821. It is named after the daughter of the Powhatan chief of the Native Americans in the United States from Jamestown, Virginia. She married an English settler and their children became ancestors of many of the First Families of Virginia.Pocahontas County is the home to the Green Bank Observatory and is part of the National Radio Quiet Zone.

With its historic small-town charm and breathtaking scenic beauty, there is so much to experience when visiting the Greenbrier Valley.

Highland County is a county located in the Commonwealth of Virginia. As of the 2010 census, the population was 2,321, in 2018, the population was estimated at 2,210. Its county seat is Monterey. Known as "Virginia's Switzerland" or "Virginia's Little Switzerland", Highland County is the least populous county in Virginia. Highland lays claim to being one of the least populous counties and one of the highest average elevations east of the Mississippi River.