Wikipedia
Parkersburg is a city in and the county seat of Wood County, West Virginia, United States. Located at the confluence of the Ohio and Little Kanawha rivers, it is the state's fourth-largest city and the largest city in the Parkersburg-Marietta-Vienna metropolitan area. The population was 31,492 at the 2010 census. The city is about 14 miles south of Marietta, Ohio. The Baltimore and Ohio Railroad reached Parkersburg in 1857, but lacked a crossing over the Ohio River until after the American Civil War. When the B&O completed the Parkersburg Bridge (CSX) 1868–1870 to Belpre, it was the longest railroad bridge in the world. The Bureau of the Public Debt, an agency of the U.S. Treasury Department, was relocated from the Washington, D.C. metropolitan area in the late 20th century and headquartered in Parkersburg. In October 2012, it was merged with the Financial Management Service to form the Bureau of the Fiscal Service.

Find more things to do, itinerary ideas, updated news and events, and plan your perfect trip to Parkersburg
ADVERTISEMENT 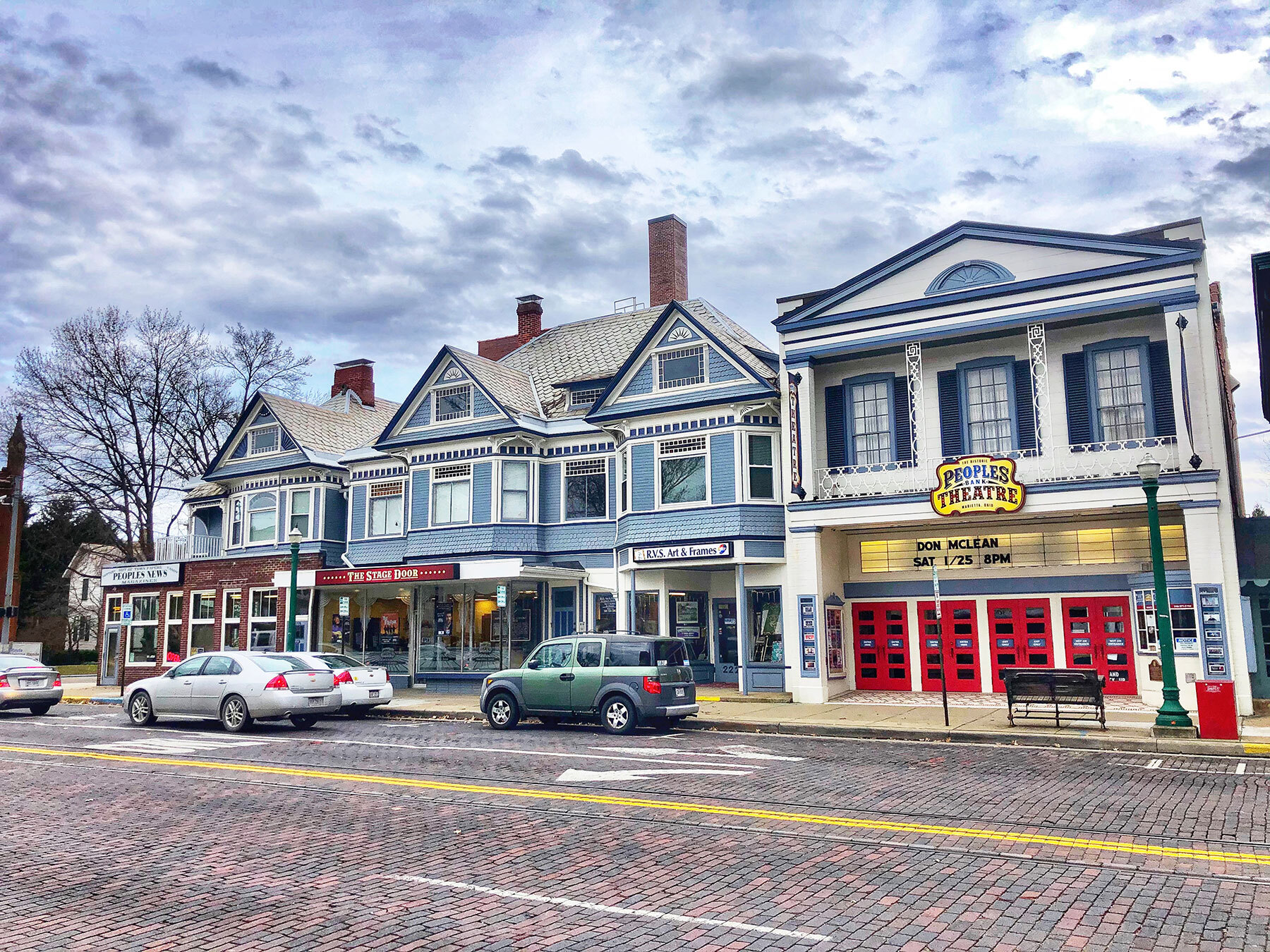 Marietta is a city in, and the county seat of, Washington County, Ohio, United States. During 1788, pioneers to the Ohio Country established Marietta as the first permanent settlement of the new United States in the Territory Northwest of the River Ohio. Marietta is located in southeastern Ohio at the mouth of the Muskingum River at its confluence with the Ohio River 11 miles northeast of Parkersburg, West Virginia. The population was 14,085 at the 2010 census. It is the second-largest city in the Parkersburg-Marietta-Vienna, WV-OH Combined Statistical Area. The private, nonsectarian liberal arts Marietta College is located here. It was a station on the Underground Railroad before the Civil War. Marietta is also the site of the prehistoric Marietta Earthworks, a Hopewell complex more than 1500 years old, whose Great Mound and other major monuments were preserved by the earliest settlers in parks such as the Mound Cemetery.

Mason County is a county in the U.S. state of West Virginia. As of the 2010 census, the population was 27,324. Its county seat and largest city is Point Pleasant. The county was founded in 1804 and named for George Mason, delegate to the U.S. Constitutional Convention. Before the Civil War, the county was in the State of Virginia. Mason County is part of the Point Pleasant, WV-OH Micropolitan Statistical Area.

Logan is a city in Hocking County, Ohio, United States. The population was 7,152 at the 2010 census. It is the county seat of Hocking County. Logan is located in southeast Ohio, on the Hocking River 48 miles southeast of Columbus. The current mayor of Logan is Republican Greg Fraunfelter, who began a four-year term in January 2016 and was re-elected in 2019. 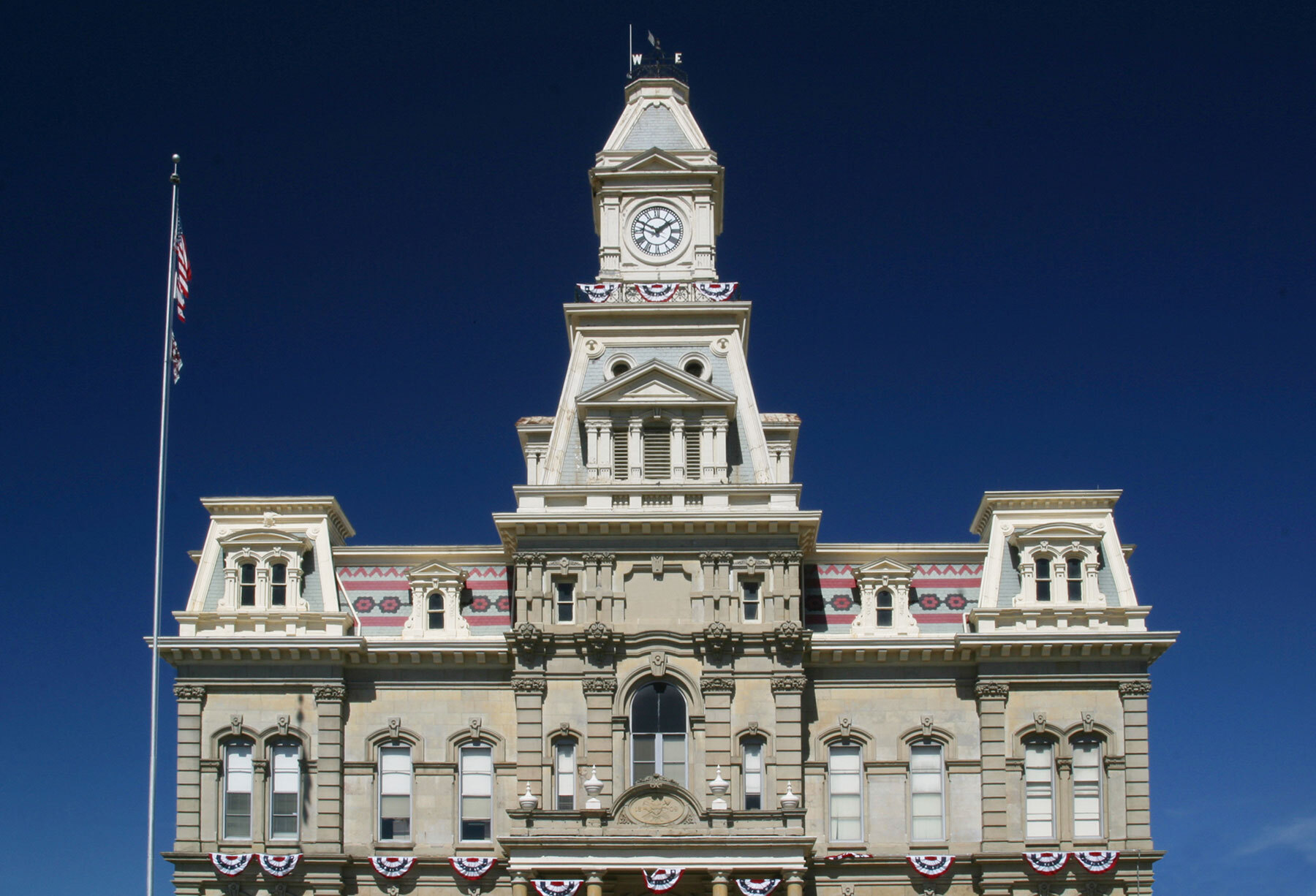 Zanesville is a city in and the county seat of Muskingum County, Ohio, United States. It is located 52 miles (84 km) east of Columbus and had a population of 25,487 as of the 2010 census. Historically the state capital of Ohio, Zanesville anchors the Zanesville micropolitan statistical area (population 86,183), and is part of the greater Columbus-Marion-Zanesville combined statistical area.