Wikipedia
The Fox Cities of Northeastern Wisconsin are the cities, towns and villages along the Fox River as it flows from Lake Winnebago northward into Green Bay. The Fox Cities communities, as defined by its Chamber of Commerce and Convention and Visitors Bureau, include: The cities of Appleton (pop. 74,526), Kaukauna (16,246), Menasha (17,771), Neenah (26,062), and Oshkosh (67,004). The villages of Combined Locks (pop. 3,588), Fox Crossing (19,029), Harrison (11,532), Hortonville (2,767), Kimberly (6,803), Little Chute (11,564), and Sherwood (2,985). The towns of Buchanan (pop. 6,755), Clayton (3,951), Freedom (5,842), Grand Chute (20,919), Greenville (10,309), Kaukauna (1,238), Neenah (3,237), Vandenbroek (1,474).Major points of interest include the Fox Cities Exhibition Center, Community First Champion Center, Fox Cities Performing Arts Center, High Cliff State Park, and Neuroscience Group Field at Fox Cities Stadium. The Fox River Mall is the largest shopping mall in the state at 1.2 million square feet.Area post-secondary schools include Fox Valley Technical College, Lawrence University, and the University of Wisconsin-Oshkosh, Fox Cities Campus. Bus transit for the area is provided by Valley Transit and commercial airline service is provided by Appleton International Airport. Major highway routes in the area include: Interstate 41/U.S. Route 41, which connects the Fox Cities with Green Bay and Milwaukee; Wisconsin Highway 441, known locally as the Tri-County Expressway, which is an auxiliary highway of Interstate 41 that serves as a beltway around Appleton; and U.S. Route 10 which travels east-west, connecting the Fox Cities with Stevens Point/Waupaca and Manitowoc. Television and radio stations in the area, usually originating out of Green Bay, utilize the term "Green Bay/Fox Cities" in their station identifications to encompass both major population centers in the region. 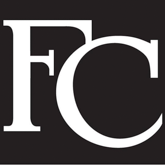 Find more things to do, itinerary ideas, updated news and events, and plan your perfect trip to Fox Cities
ADVERTISEMENT

Appleton is a city in Outagamie, Calumet, and Winnebago counties in the U.S. state of Wisconsin. One of the Fox Cities, it is situated on the Fox River, 30 miles (48 km) southwest of Green Bay and 100 miles (160 km) north of Milwaukee. Appleton is the county seat of Outagamie County. As of the 2020 Census it had a population of 75,644, making it the sixth largest city in Wisconsin. Appleton is a part of the Fox Cities metropolitan area, the third largest in the state behind Milwaukee and Madison. Appleton serves as the heart of the Fox River Valley and is home to Lawrence University, the Fox Cities Exhibition Center, Fox Cities Performing Arts Center, Fox River Mall, Neuroscience Group Field at Fox Cities Stadium, Appleton International Airport, and the Valley's two major hospitals: St. Elizabeth Hospital and ThedaCare Regional Medical Center–Appleton. It also hosts regional events such as Octoberfest and the Mile of Music.

Calumet County is a county located in the U.S. state of Wisconsin. As of the 2010 census, the population was 48,971. The county seat is Chilton. The county was created in 1836 (then in the Wisconsin Territory) and organized in 1850.Calumet County is included in the Appleton, WI Metropolitan Statistical Area as well as the Appleton-Oshkosh-Neenah, WI Combined Statistical Area. The Holyland is partially located in southern Calumet County.

Oshkosh is a city in Winnebago County, Wisconsin, of which it is the county seat. The city had an estimated population of 67,004 in 2019, making it the ninth-largest city in Wisconsin. It is also adjacent to the Town of Oshkosh.

Green Bay () is a city in the U.S. state of Wisconsin. The county seat of Brown County, it is at the head of Green Bay (known locally as "the bay of Green Bay"), a sub-basin of Lake Michigan, at the mouth of the Fox River. It is 581 feet (177 m) above sea level and 112 miles (180 km) north of Milwaukee. As of the U.S. Census Bureau's July 1, 2019 estimate, Green Bay had a population of 104,578, making it the third-largest in the state of Wisconsin, after Milwaukee and Madison, and the third-largest city on Lake Michigan, after Chicago and Milwaukee.Green Bay is the principal city of the Green Bay Metropolitan Statistical Area, which covers Brown, Kewaunee, and Oconto counties. Green Bay is well-known for being home of the Green Bay Packers of the National Football League.